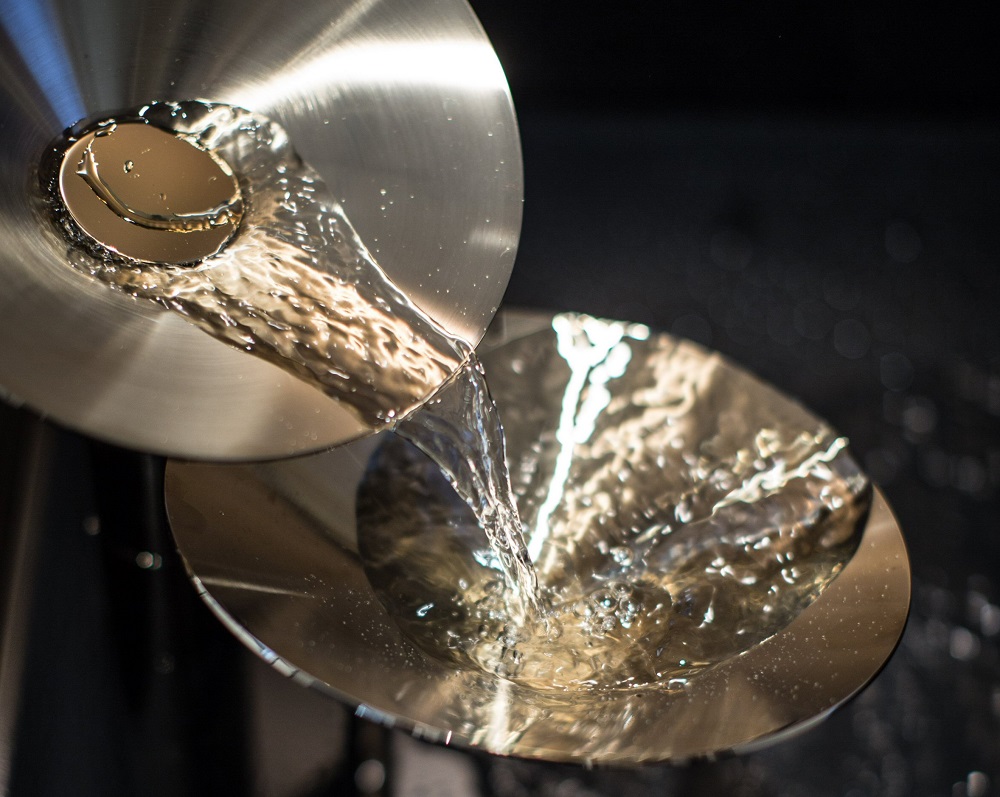 Building on the technological capabilities of the Axor U-Base, Axor envisioned a new dimension of individualisation: washbasin spouts crafted from alternative materials with total freedom of form for seamless integration in the interior design or for creating a personal statement.

Within this creative brief, Axor invited world-renowned design partners to present their visions for the meaning of water within the living spaces of tomorrow.

Together with Axor, David Adjaye, Werner Aisslinger, FRONT, GamFratesi and Jean-Marie Massaud designed unique spouts that through their materiality, form and function, give a new emotionality and value to the tap itself and the water passing through it. Axor first presented these five original pieces during FuoriSalone in Milan in April and they were the Axor star attraction at The Water Studio in Clerkenwell during Clerkenwell Design Week.

Despite their very different views on the meaning of water within the interior space, each architect and designer experimented with alternative materials and forms to celebrate water and its path on a functional, and on an emotional level:

In British architect David Adjaye’s concept Ritual, water appears from under a granite inlay that is cradled by a wedge-shaped, precious metal (bronze) spout. The water, always in view, is ritualised: from source, to flow, and finally, to descent. 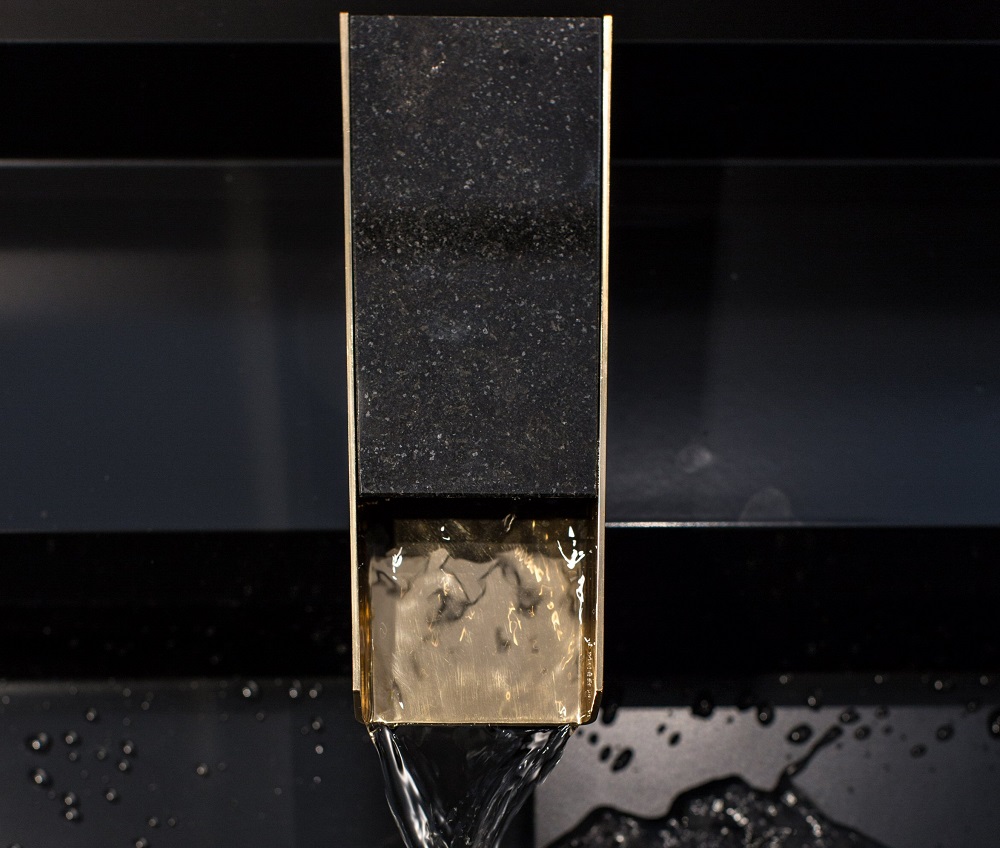 German designer Werner Aisslinger’s conceptual spout, The Sea and the Shore, is a hybrid consisting of a fountain and a shelf – a space for rituality and functionality. Crafted from the ancient and historical material clay, it emphasizes the longevity and the value of water and water-releasing objects in our societies. 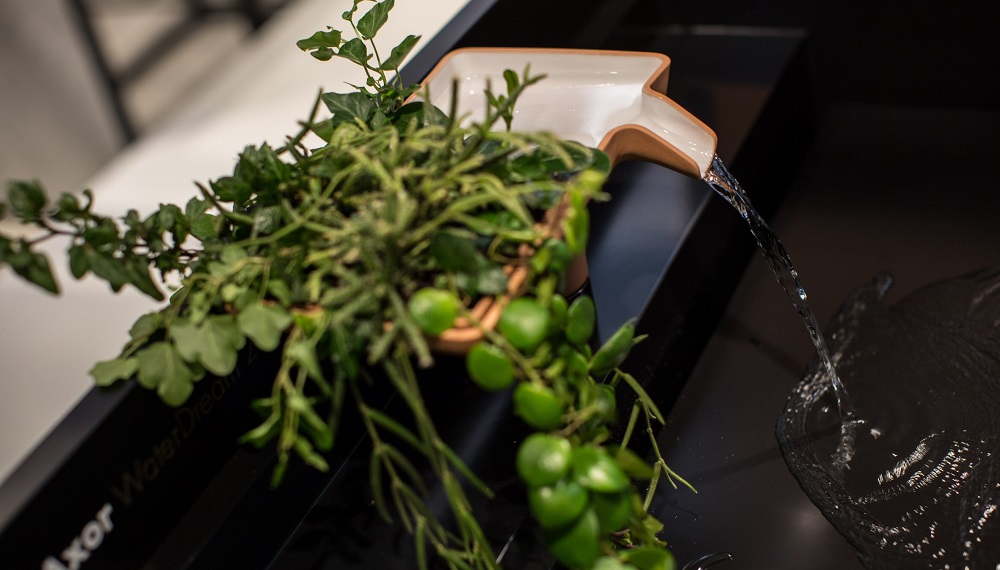 Water flows from platform to platform in Water Steps, a sculptural metal spout by the Swedish duo FRONT. Focusing on the playful exchange between form and water, it aesthetically and acoustically underlines the emotional potential of the natural element as it flows over PVD-finished, metallic surfaces.

Zen, designed by the Danish-Italian duo GamFratesi, reinterprets the classic Japanese wood fountain. With its minimalistic form and water flow, it achieves a tranquil and meditative spirit, which depicts the honest connection between nature and water. 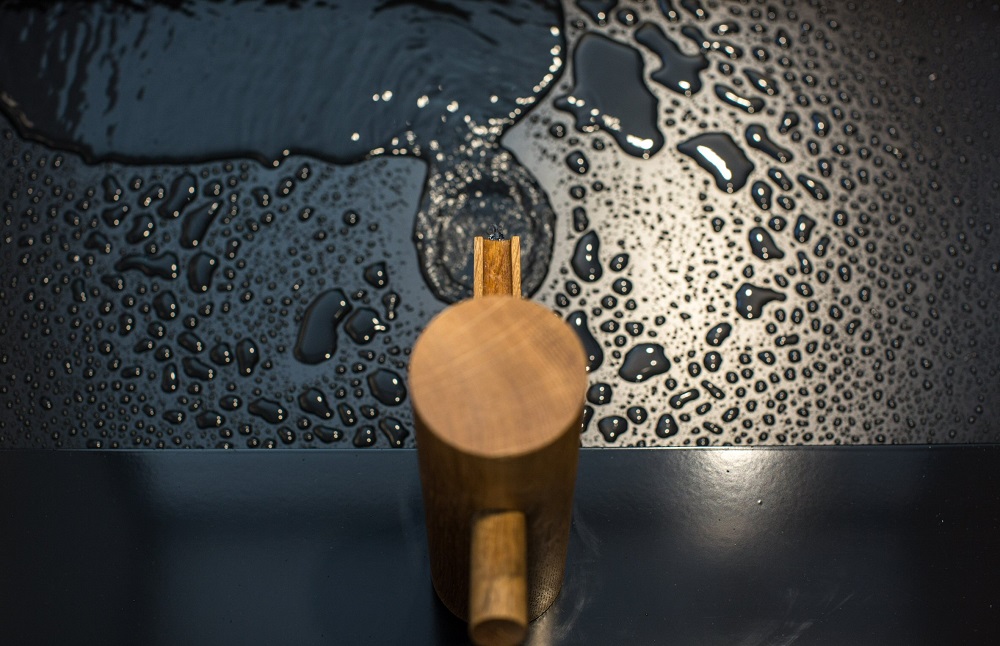 Jean-Marie Massaud’s Mimicry suggests a water-releasing object in complete harmony with the architectural landscape. Material (marble) and form (simple, geometric shapes) suggest an inherent connection to water and achieve an emotional enhancement of both object and resource. 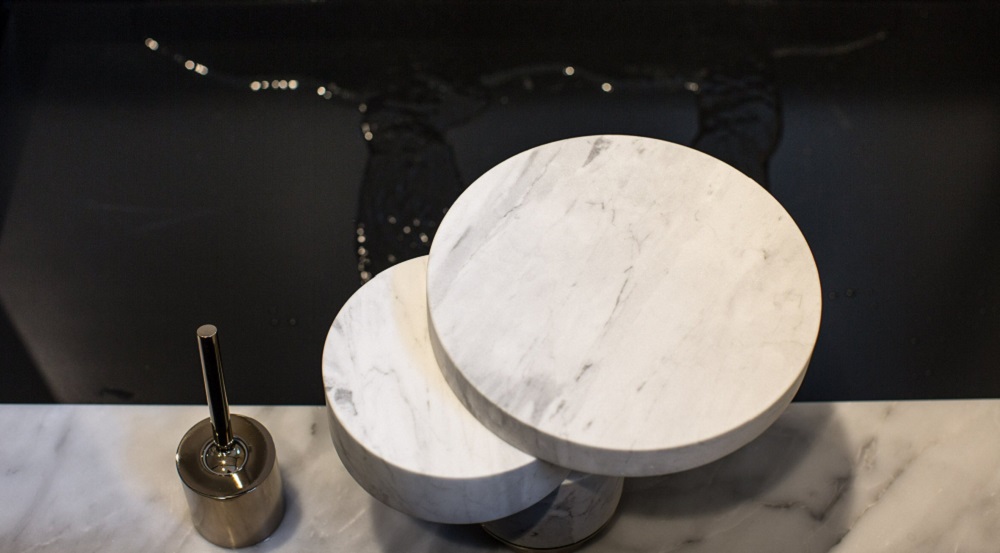 Whether it is by integration or by making an obvious statement, all five crafted spouts address the evolving desire for individuality, emotionality and sensory experiences in living spaces where water interacts with us.