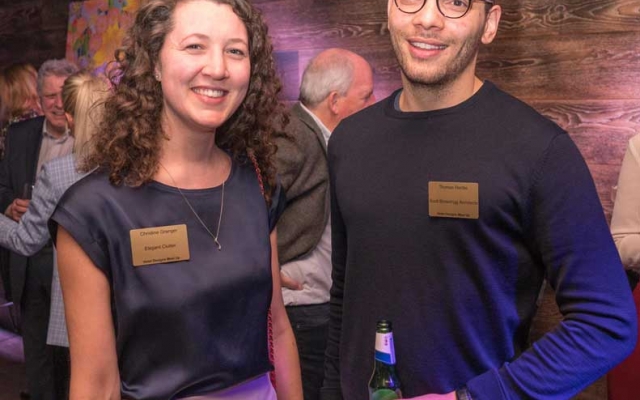 Design giant Zaha Hadid Design unveils collaboration with a Swiss performance sportswear brand, suggesting that inspiration for designers and architects is not limited to one – or even two – industries. Hamish Kilburn investigates…

A designer recently told me that that it’s imperative to be at the edge of curve in design, to always think ahead of the present – sometimes as much as fives years ahead. But, in an industry that is forever forward-thinking, can we, as creatives, benefit from taking inspiration from other those far removed from the front line of design and architecture. One of the most well-known brands in the design sphere, Zaha Hadid Design, believes so. The firm has found common ground with a Swiss performance sportswear brand, Odlo, and through a thoroughly researched two-year collaboration, the two companies have recently unveiled Odlo Futureskin to the world, a new baselayer for winter performance sports that has been created with design and architecture at its core.

The idea that sportswear isn’t always sexy is what sparked the opportunity for Odlo to reach out to the design and architecture arena for some inspiration when creating the next chapter for next-to-skin sportswear. Inspired by its seamless design qualities, the company approached Zaha Hadid Design with the brief in December 2016. The true collaboration between both brands – in knowledge, research and resources – resulted in the birth of Odlo Futureskin, a baselayer that is arguably the most technically advanced on the market. The garmet is smart. So smart that it controls the flow of air and adapts to breathing and even movement. The ‘body mapping’ technology allows the garment to act like a second skin – and in full  Zaha Hadid Design spirit, it’s also seamless.

The engineered baselayer tops for men and women formed in the same manner as most of the Zaha Hadid Archtiects projects come together; with the combination of visual ideas, extensive research and the desire to push boundaries and challenge conventional design.

Two years after first putting pen to paper, following much planning – and even more prototypes – the companies gathered at the Zaha Hadid Gallery in London on a late October evening for the global launch of Odlo Futureskin.

Through this unique collaboration, which has no sign of ending as Zaha Hadid Design unveils that it will continue to work with Odlo for the sportswear brand’s SS19 female line, both companies have opened up new avenues for inspiration among designers, architects and sportswear brands, further proving that great ideas comes from thinking outside the box.

Meanwhile, Zaha Hadid Architects continues to show that it’s at the top of the architectural food chain, as it has recently completed the Morpheus in Macau and it presses ahead to complete Malta’s Murcury Tower, which will shelter a new boutique hotel.

If you have looked to other industries for inspiration when designing a product or project, our editorial team want to hear from you. Tweet us @HotelDesigns