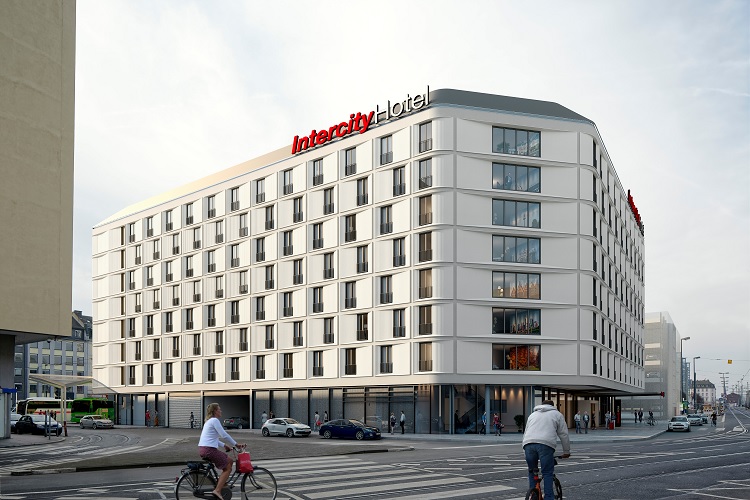 The new IntercityHotel Frankfurt Hauptbahnhof Süd will open for business by the beginning of 2019.

Offering 400 guest rooms, six conference rooms, a bar and a restaurant, it will become the largest hotel to operate under the IntercityHotel brand and will also feature the new interior design concept created by the Italian architect Matteo Thun.

The building which will house the hotel is currently under construction as part of a major regeneration scheme for a larger site lying to the South of Frankfurt Main Station, progress on which can be viewed via a special webcam.

The IntercityHotel Frankfurt Hauptbahnhof Süd will be located within the direct proximity of a new bus station offering inter-city services and near a newly constructed multi-storey public car park.