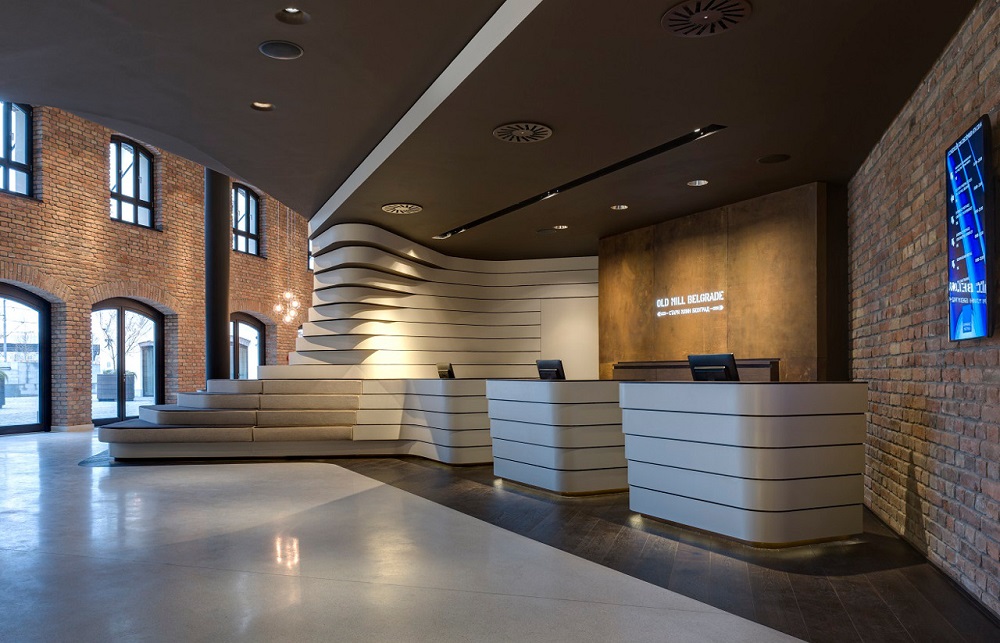 Unique architecture and interiors, combined with a rich history and heritage, form the foundations of these eight hotels within the upscale Radisson Blu collection, which are located in some of Europe’s most popular, dynamic and stylish cities.

With interiors by acclaimed designers, creative culinary concepts by world-renowned chefs and housed within architecturally striking or deeply historic buildings; these hotels effortlessly blend a sense of place with an innovative and inspirational approach towards hospitality. With an eye firmly on the future, 2017 and 2018 will see fresh enhancements to hotels within the collection, the launch of creative collaborations and exciting brand developments; making the brand the one to watch in the hotel world.

Radisson Blu Strand Hotel, Stockholm
Stylish Nordic design meets a rich history dating back to 1912, when the 170-bedroom hotel first opened its doors; since which it has played host to the great and the good, from Ingrid Bergman to Greta Garbo and Zara Larsson. Sky high luxury can be enjoyed in the Tower Suite with panoramic views over Stockholm, whilst Autumn will see the hotel welcome a new culinary hot-spot, The Strand. Within walking distance of the hotel, guests will find the best of the city’s shopping, nightlife and cultural experiences. 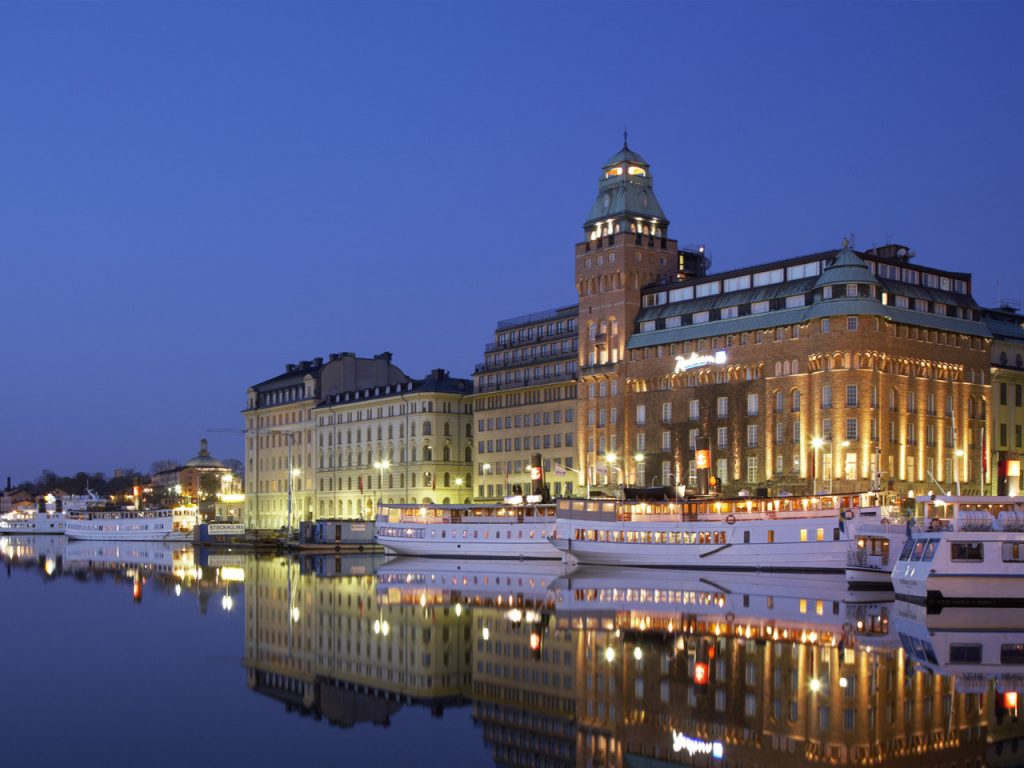 Radisson Blu Royal Hotel, Copenhagen
Renowned Danish architect Arne Jacobsen designed the sleek, modern Radisson Blu Royal Hotel, Copenhagen, which is just a short walk from some of this Danish capital’s top attractions such as the Tivoli Gardens. Iconic design features include the hotel’s spiral staircase and unique “Swan” and “Egg” chairs. Guests can expect an iconic design-led experience throughout the 260 room and suite hotel, with memorable moments created by a world-class service delivery from the dedicated team. 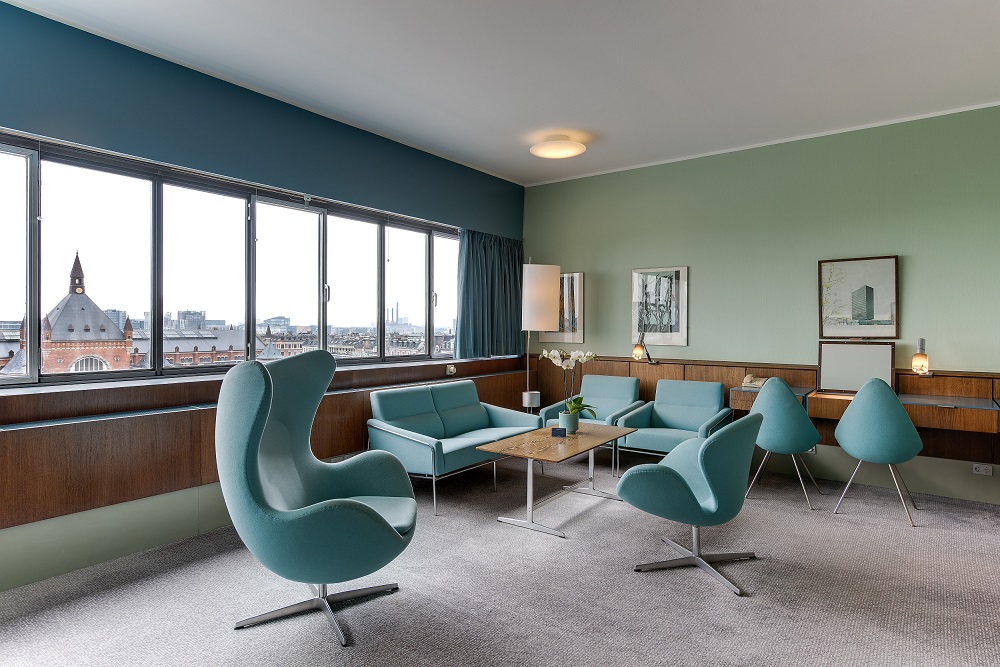 Radisson Blu Old Mill Hotel, Belgrade
Industrial-chic awaits at this award-winning design hotel in emerging tourism destination Belgrade. Behind the design is Graft Architects who’s use of natural materials such as oak, copper and brick, combined with contemporary touches, have breathed life into this historic 19th century building. Guests can enjoy Serbian inspired dishes at the hotel’s OMB LARDER + LOUNGE and explore this lively city, beautiful lakes and beaches. 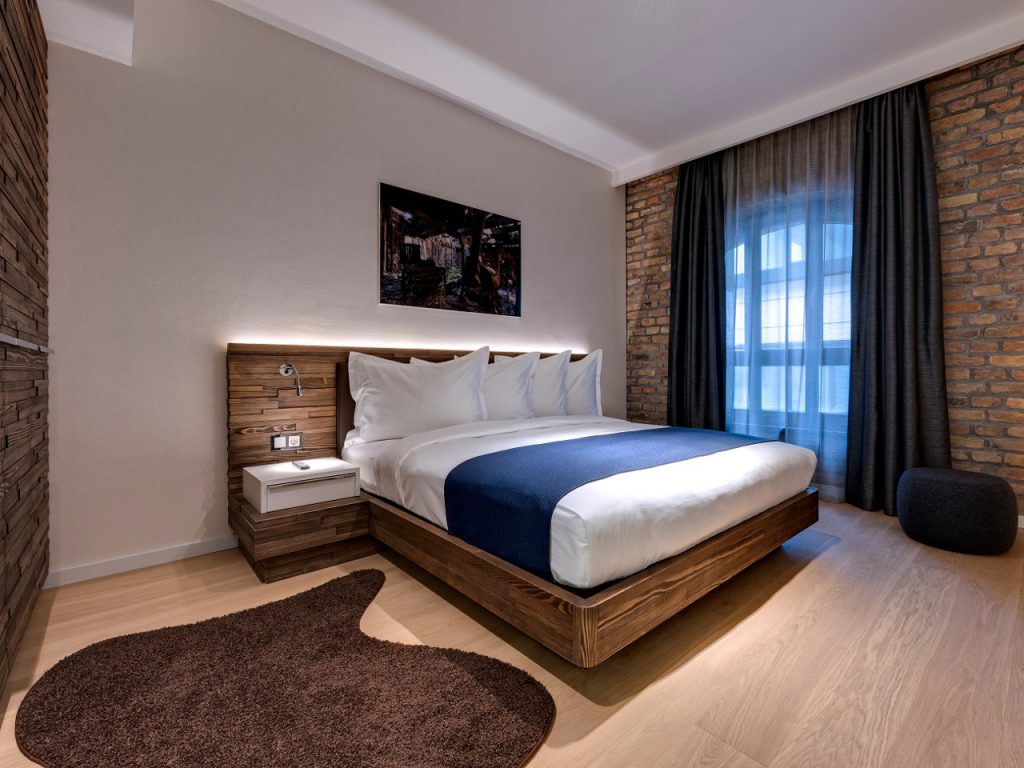 Radisson Blu Hotel, Amsterdam
This 18th century former merchants house encapsulates the maritime heritage of Amsterdam and is embraced on either side by two canals. History meets modernity in the one-of-a-kind suites and Pastorie Bar, which was once connected to a clandestine church and is now known for its insta-factor. Locally, guests can shop along the Nine Streets, full of one-off boutiques and galleries and quirky independent stores. 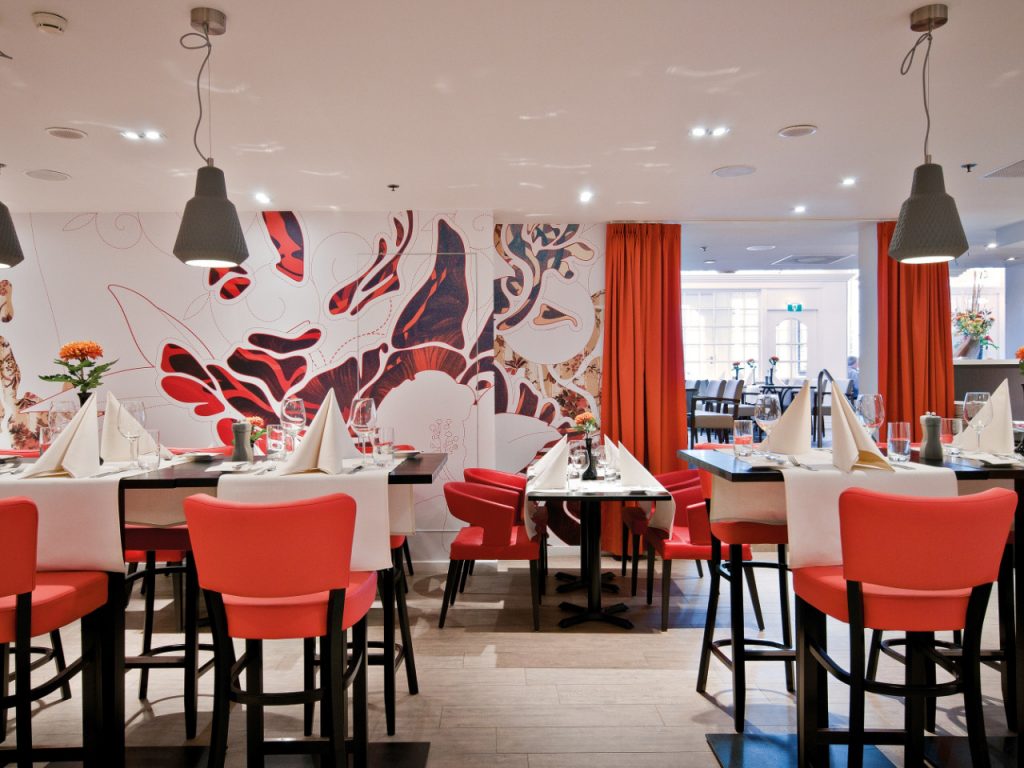 Radisson Blu Hotel, Frankfurt
The only round, all-glass hotel in Europe cost over $100 million to build and is a true architectural wonder, both outside and in, with interiors designed by dynamic trio John Seifert, Adam Tihany and Matteo Thun. Two new WOHNIDEE Suites launched in March, a creative collaboration between Wohnidee Magazine and Joi-Design with items in the suites available to purchase. 16 state-of-the-art conference rooms including one Brain Box room and show rooms for car launches. 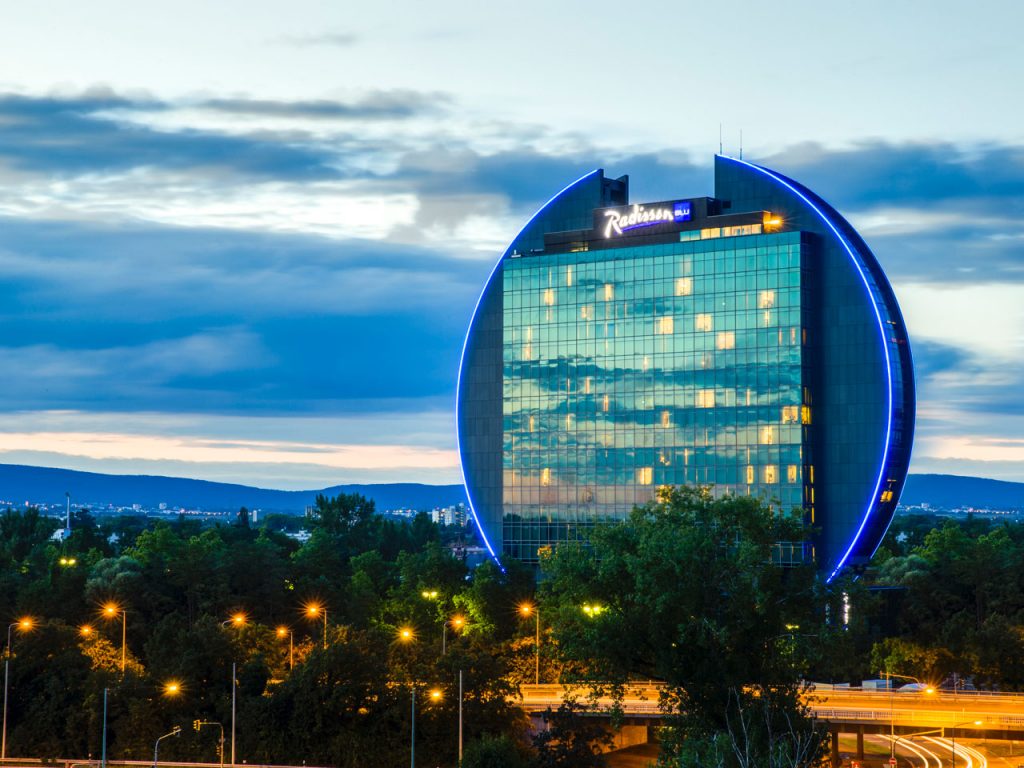 Radisson Blu Hotel, Berlin
Guests can expect a truly unique arrival at Radisson Blu Hotel Berlin, where sophistication and sea life await. The hotel lobby is home to the world’s largest freestanding cylindrical aquarium, the AquaDom. After a day spent exploring Berlin and its eclectic art and fashion scene, guests can relax and unwind at the hotel’s Heaven Spa & Fitness, complete with a bio and Finnish sauna, swimming pool and spa treatments. The hotel boasts 15 state-of-the-art meeting rooms, including the DomLounge for sky-high views. 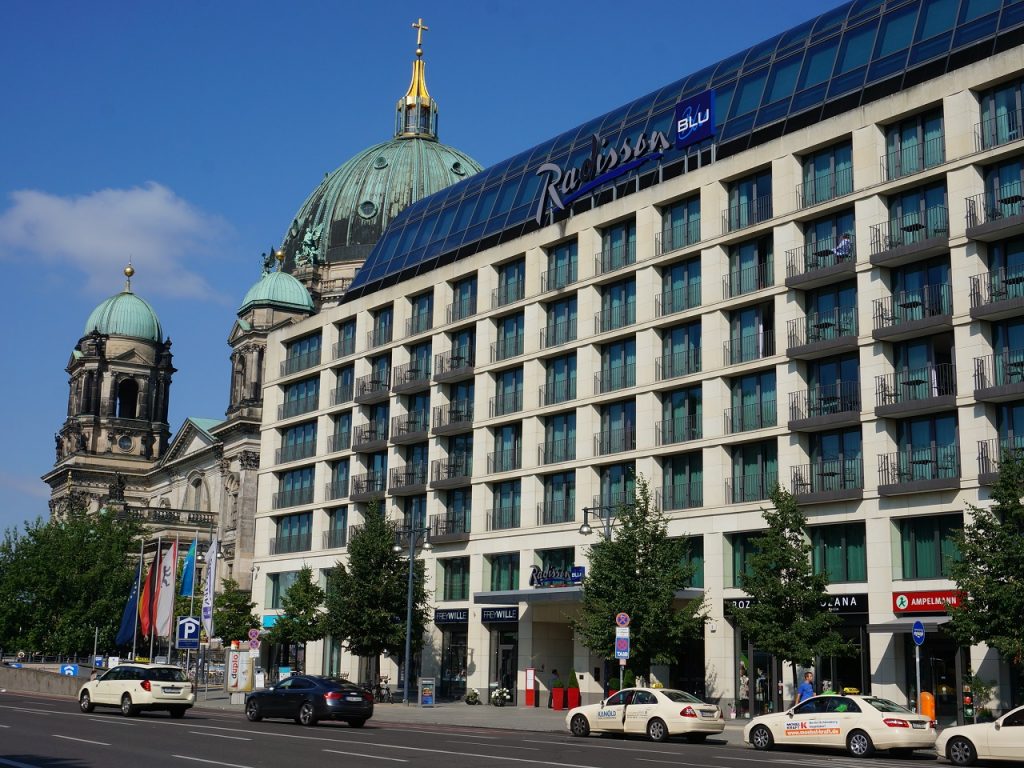 Radisson Blu Hotel, Madrid Prado
This boutique 54 bedroom and suite hotel in the El Barrio de las Lestras district provides guests with a stylish base in the heart of cosmopolitan Madrid. After a day spent experiencing the sights and sounds of the city, including the nearby Prado Museum and Retiro Park, guests can relax and unwind with a drink in hand at the hotel’s Cask Restaurant, Bar and Terrace. Down below the hotel, a swimming pool and spa can be found. 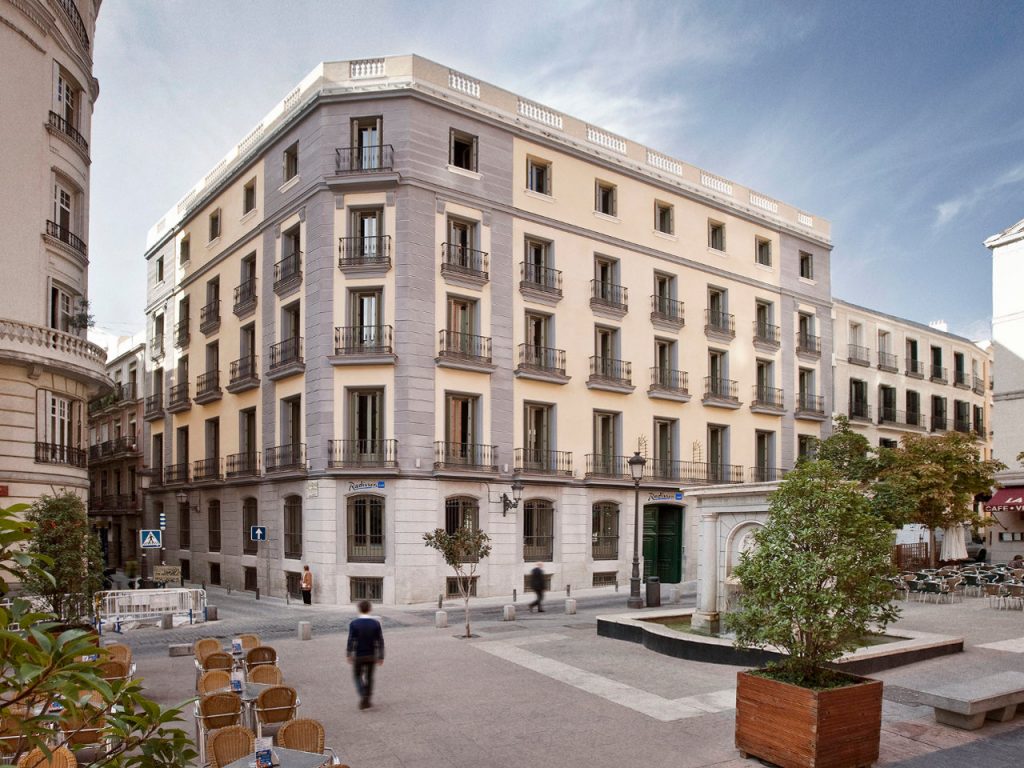 Radisson Blu Hotel, Zurich Airport
The only hotel with direct access to the terminal at Zurich Airport is also just a 10-minute train ride into down-town Zurich and offers Switzerland’s largest meeting and conference facilities with 52 different spaces. Come February 2018, guests will be treated to an exciting new culinary concept by Chef Haim Cohen, who is known for fine dining with contemporary Middle Eastern and Mediterranean influences. The exterior was designed by Atelier WW Architekten and is a Swiss landmark. 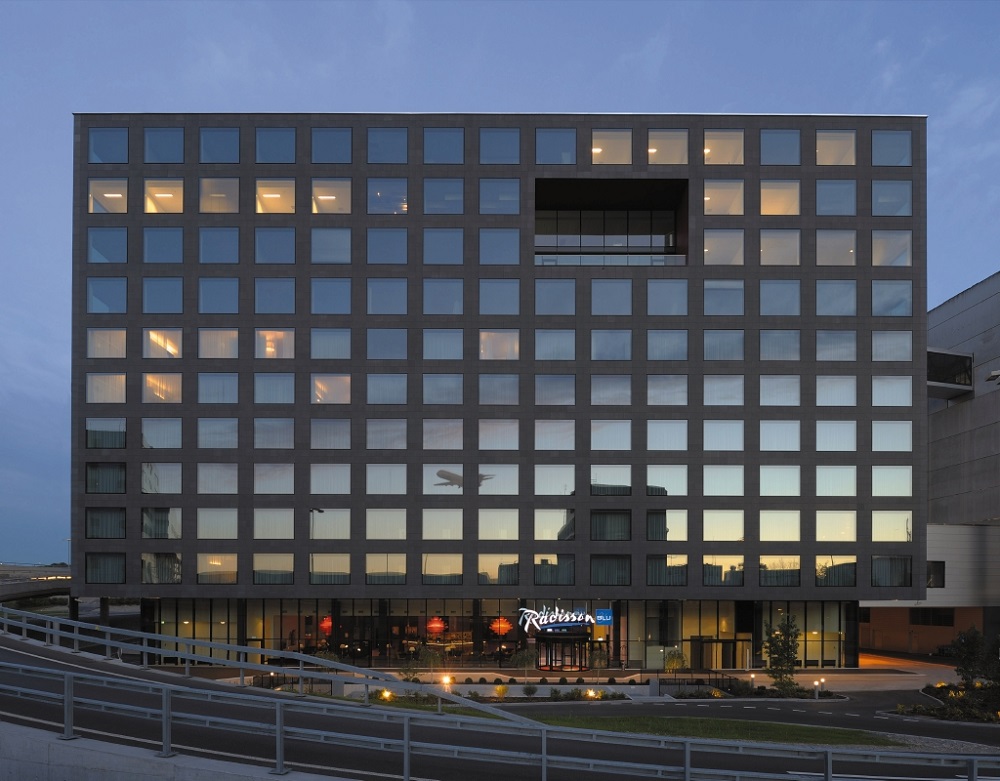 With thanks to Grifco PR, which has been appointed by The Rezidor Hotel Group to handle the consumer public relations for selected Radisson Blu hotels.