Checking in to No.5 Maddox Street, London 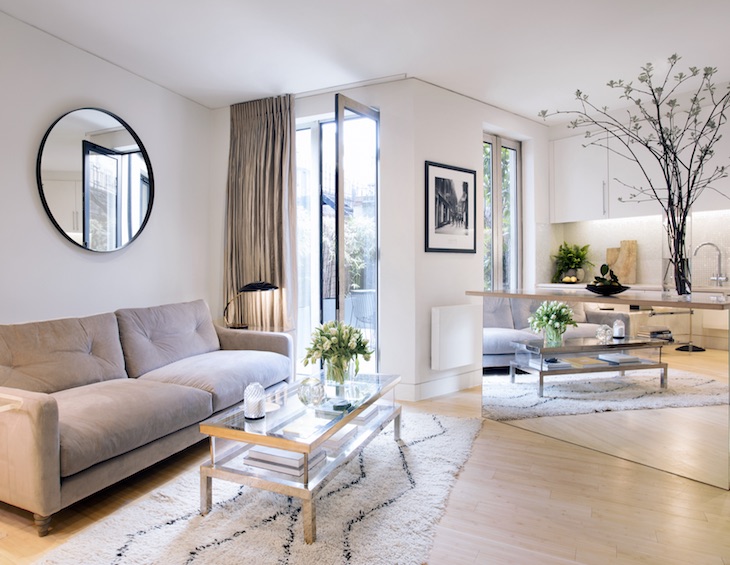 Embracing change – and predicting a rise in demand for luxury apartments post-pandemic – editor Hamish Kilburn checks himself in review No.5 Maddox Street…

It was the first time since the start of lockdown I had made the trip into the capital, but certain things were not how I remembered.

For starters, not a single person on the train journey had demanded for me to move my bag on the empty seat next to me. Pre-Covid, not standing on the commute would have been seen as a miracle. Five months after the government put us into a forced hibernation, the empty carriage felt lonely. I disembarked the train at St Pancras International, checked my watch – it was 08:59 on a Wednesday – I could hear the echo of an barren terminal in what was supposed to be ‘rush hour’.

On my walk from the station to Maddox Street in Mayfair, the stark reality hit: most of London’s iconic hotels were closed and lifeless. And yet, while the majority of hotels in the city were shaking up re-opening strategies and not cocktails, other accommodation offerings – like for example No.5 Maddox Street – were able to open fully because of their design scheme being friendly to social distancing.

“I launched the Living Rooms concept in 1999 after recognising the modern traveller’s desire for privacy and independence.” – Tracy Lowy, owner, Living Rooms.

Nestled between high-end art galleries and luxury boutiques – conveniently tucked behind Bond Street and metres away from Regent Street – is the discreet entrance to No.5 Maddox Street.

Sheltering just 12 luxury apartments – all of which were renovated last year by the owner herself, Tracy Lowy – No.5 Maddox Street is part of the Living Rooms collection, which also includes The Laslett and Weymouth Mews. Offering what it claims is ‘the best of apartment living and hotel service’, it’s almost as if the collection was unconsciously designed for the post-pandemic world. “I launched the Living Rooms concept in 1999 after recognising the modern traveller’s desire for privacy and independence,” Lowy told Hotel Designs. “From concept through to the finished product, we sought to create the best of both worlds; design-led apartments that combine the services of a luxury hotel, complete with the privacy, space and the comfort of home.” 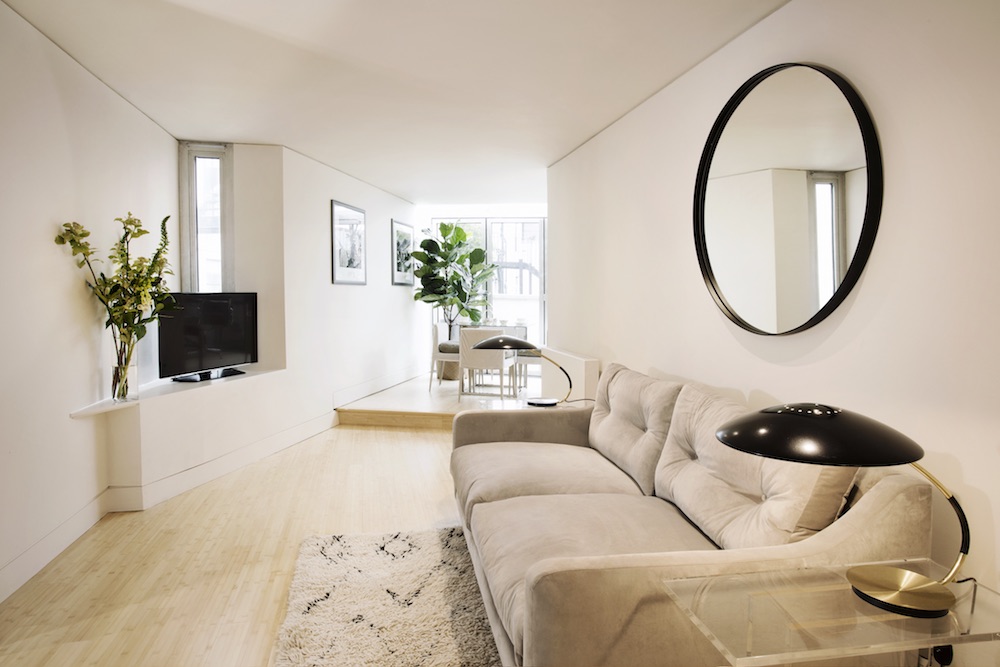 While each apartment sheltered within the building is different, all of them are competitively spacious. In fact, the smallest apartment, at 27 sqm, is almost double the size of a typical London hotel guestroom, which adds to the home-from-home setting that Lowry has created. In addition, and something of a rarity in the city where space is a premium, many of the apartments feature decked terraces, balconies and open fire places. 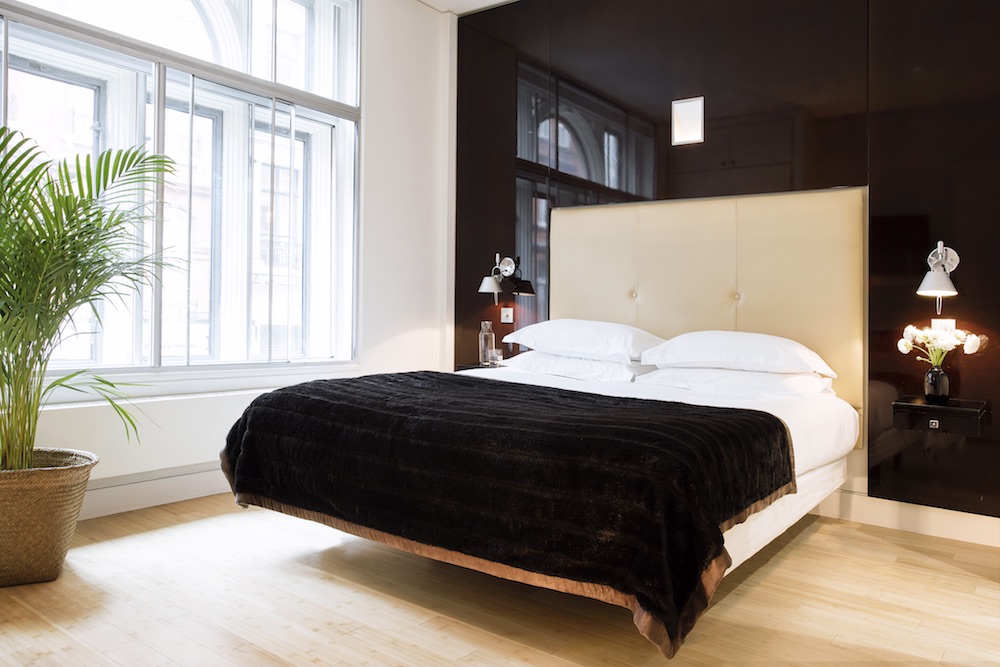 The property was given a refurbishment last year to mark its 20th anniversary. Impressively, No.5 Maddox Street remained open throughout. “As the refurb was mostly cosmetic, we remained open for guests and blocked apartments out in groups  – it was a bit of a game of Tetris,” explained Lowy.

“We sourced a lot of vintage design pieces which come with their own set of challenges.” – Tracy Lowy, owner, Living Rooms. 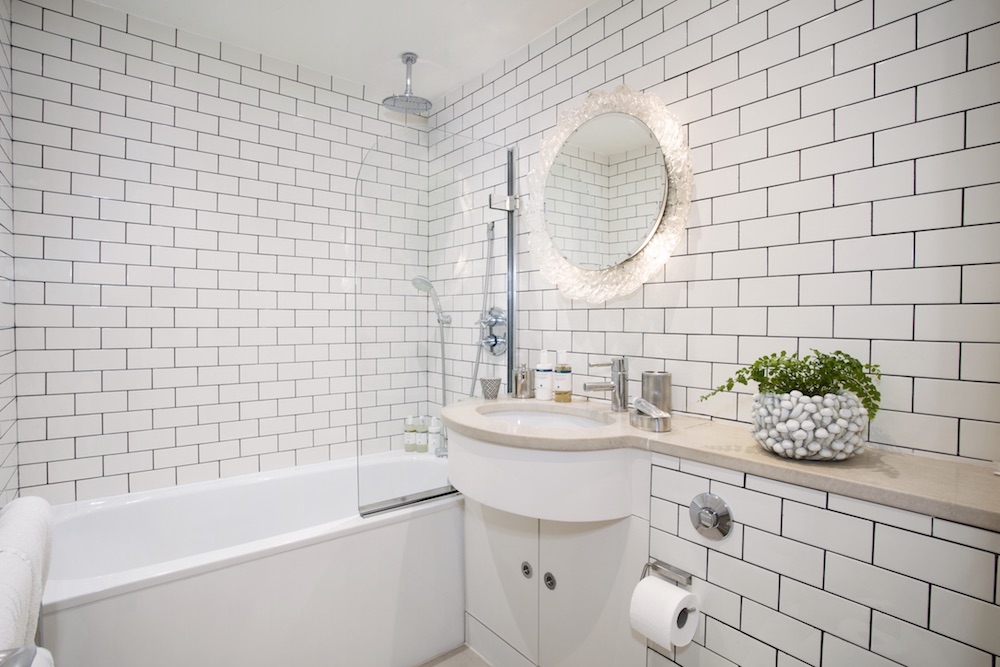 Although Living Rooms decided not to hire in a design firm for the project, Lowry carefully selected items that she believed would create an apt homely environment in the centre of the action. “We sourced a lot of vintage design pieces which come with their own set of challenges,” she said. “But we are lucky to have some great partners in that area that we can always count on to help us come up with the goods.”

The apartments have been refreshed, nipped, tucked and brightened with modernised interiors. As well as vintage rugs by Larusi, the spaces feature one-of-a-kind furnishings from Les Couilles Du Chien and a curated selection of photography and artwork that reflects the rich history of the local area.

With as much emphasis on service as well as design, guests of No.5 are encouraged to ‘live like a local’. Those checking in can explore the city by using the constantly updated neighbourhood guide, as well as tapping up the knowledgable and friendly concierge service. 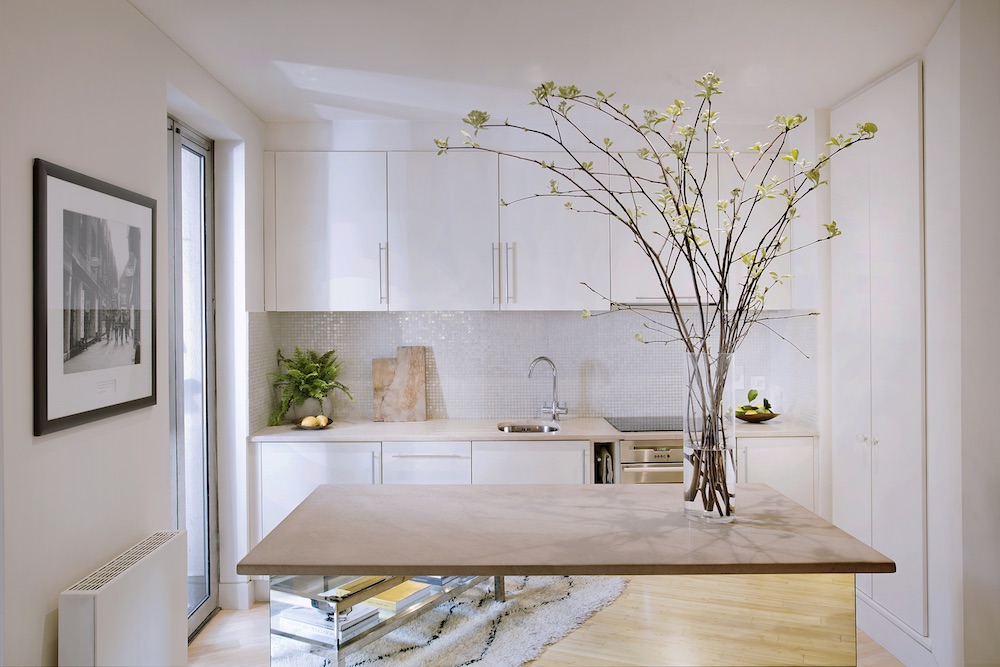 As I checked out of No.5, following a relaxing and comfortable nights sleep, I am intrigued to understand from Lowy’s perspective whether or not the demand for this style of accommodation has increased following the pandemic. “Travellers, both leisure and business, are really seeing the benefit of the personal space we can offer,” she explained. “In this part of London, where hotel rates can be very high, we can often offer an entire apartment for the price of a hotel room.”

In conclusion, I agree with the term ‘hotel alternative’ when describing No.5 Maddox Street. Although I am not fully won over by apart-hotels stealing the limelight in hospitality completely, the apartments at No.5 Maddox Street are smartly designed to offer a discreet urban pad, suitable for one or two nights. They are warm and inviting but, in my opinion, feel more like you are staying in someone else’s home-from-home – similar to a stylish, well-stocked and well-hosted AirBnB, if you like.