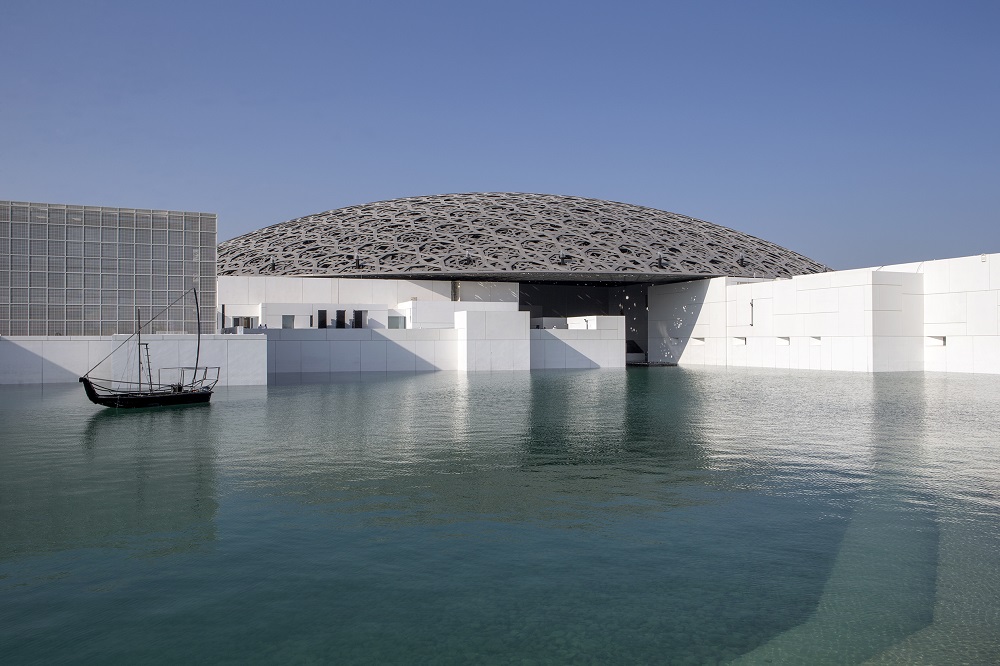 Jean Nouvel has created an architectural wonder in the desert. It includes products by Duravit, designed by Philippe Starck.

A commission that was unusual even for the French star architect and Pritzker prize winner Jean Nouvel – the creation of the first all-purpose museum in the Arab world – and the first in the twenty-first century, a building that is intended to stand as a symbol for Abu Dhabi.

The Louvre Abu Dhabi was officially opened on 11 November 2017. The spectacular building on Saadiyat Island will show 300 objects on loan from thirteen leading museums in France. However, the greatest attraction is the building itself. 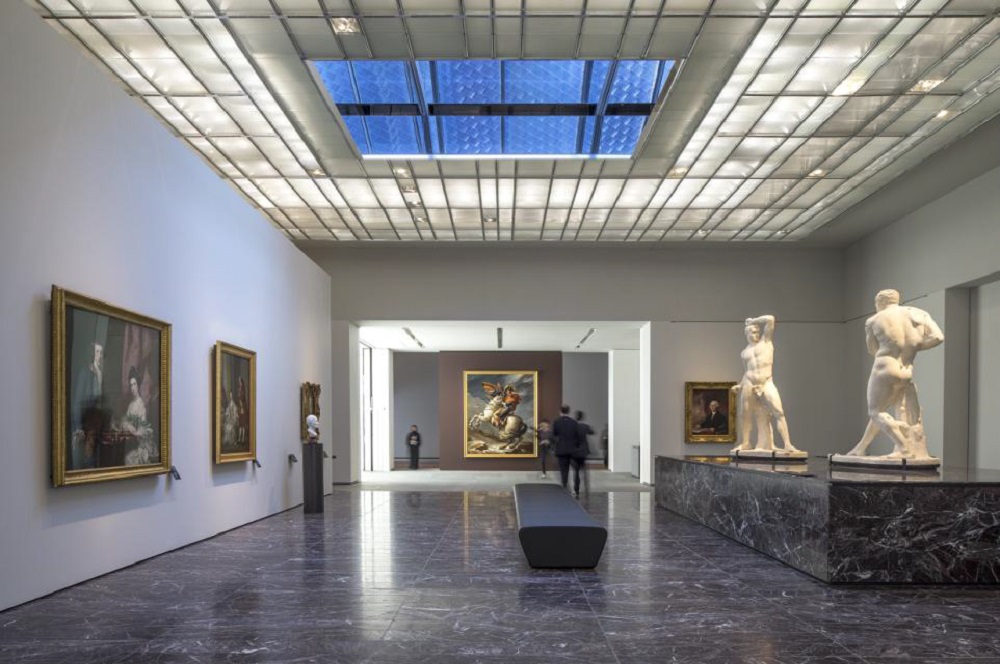 Between modernity and tradition
The architecture is modern but timeless, incorporating elements from Abu Dhabi’s architectural tradition. Jean Nouvel took inspiration from an Arab medina (old town) to create a building whose domed metal roof weighs as much as the Eiffel Tower in Paris but is supported by just four columns – a technical feat that is also an aesthetic experience.

A total of fifty-five different buildings form a museum city on the island in the Gulf, covered by a huge steel roof with a diameter of 180 metres. 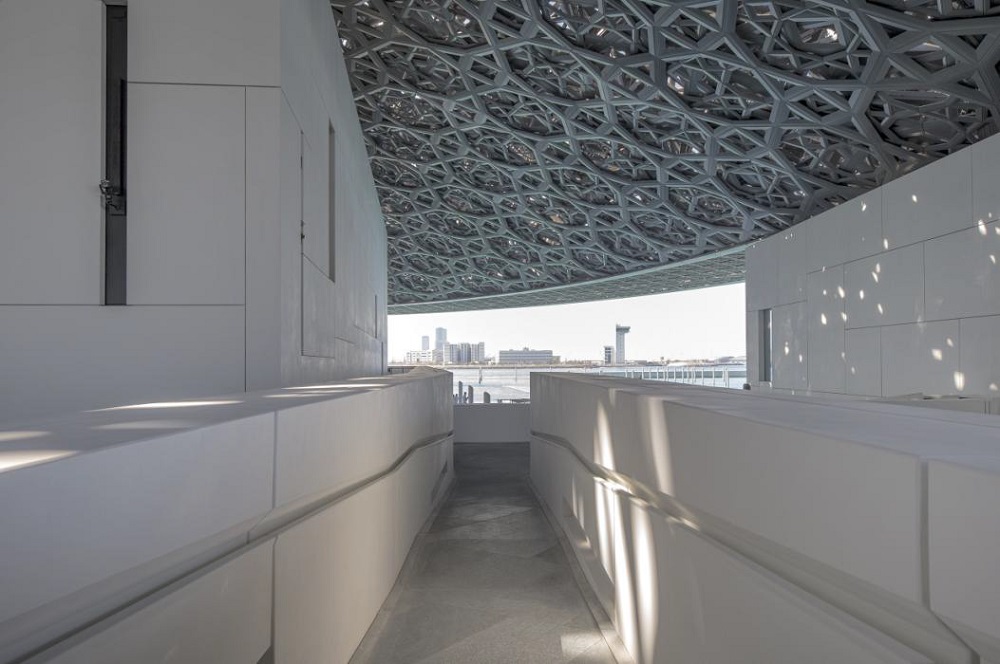 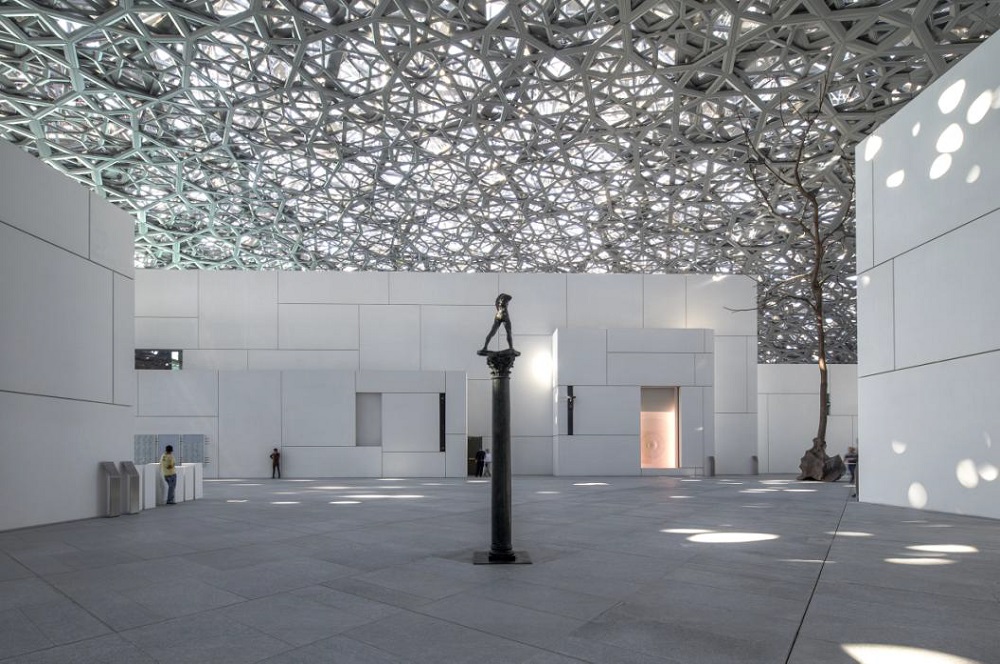 Passages and corridors wind their way through this cool white labyrinth, with steps up to the flat roofs of some of the building blocks to enable visitors to see the spectacular domed roof from close up. This unique design consists of almost 8,000 stars of different sizes and angles, superimposed in seven layers.

Like a roof made of overlapping palm leaves, this structure provides shade and protection from the hot desert sun. The effect is breathtaking: “It produces a poetic, almost magical rain of light,” says architect Jean Nouvel. At night the effect is reversed when the internally lit building shines like a miniature night sky. 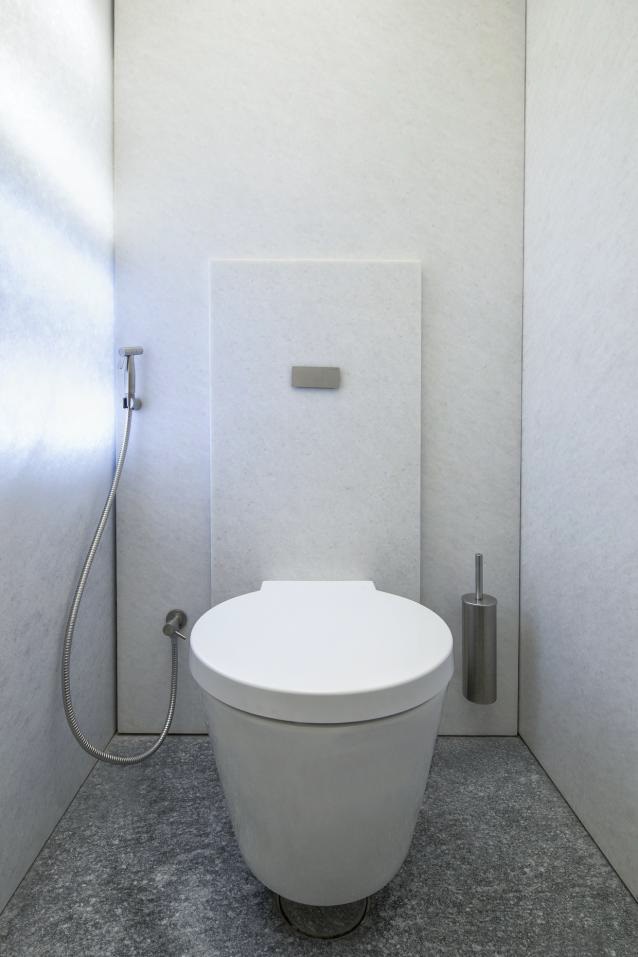 In the white bathrooms the works of another French architect and designer are on show: Starck 1 toilets by Philippe Starck.
Copyright: © Danica O. Kus

Nouvel, Starck and Picasso
In the white bathrooms the works of another French architect and designer are on show: toilets by Philippe Starck, designed for Duravit. Starck was also inspired by tradition in his design of the toilet. The Starck 1 toilet recalls its historical predecessor, a bucket – interpreted in a completely new way, of course.

Jean Nouvel’s building occupies a site of almost 100,000 square metres, with 8,600 square metres of exhibition space, including 6,400 for the permanent exhibition and 2,000 for temporary exhibitions. The first exhibition will feature Leonardo da Vinci’s “La Belle Ferronnière”, a self-portrait by Vincent van Gogh and works by Pablo Picasso.