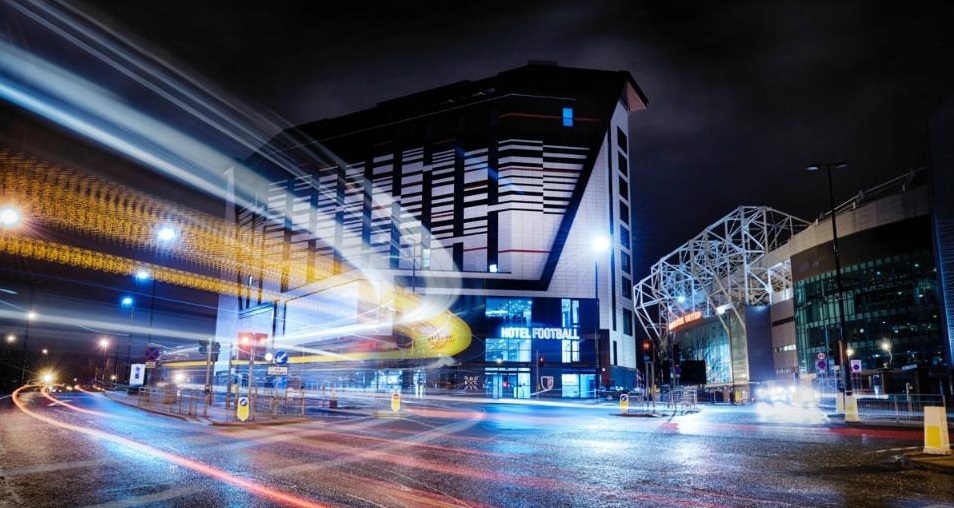 Manchester is going through somewhat of a renaissance in the hotel industry.

Recent openings – including Hotel Gotham – have put the critical and commercial spotlight on the city, drawing some of the attention usually hogged by the capital down south. During this wave of stylish, quirky and conceptual openings came a project by former Manchester United stalwarts Gary Neville and Ryan Giggs – Hotel Football. 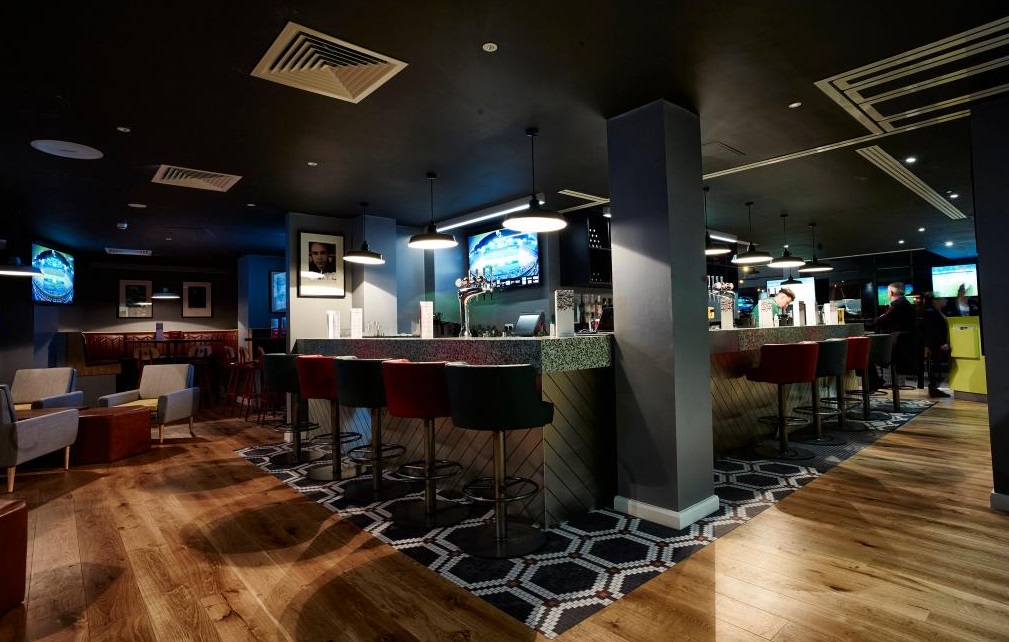 Its location overlooking the club’s iconic Old Trafford stadium, affectionately known as the ‘Theatre of Dreams’, might suggest this is a haven just for followers of this particular megaclub. Far from it. 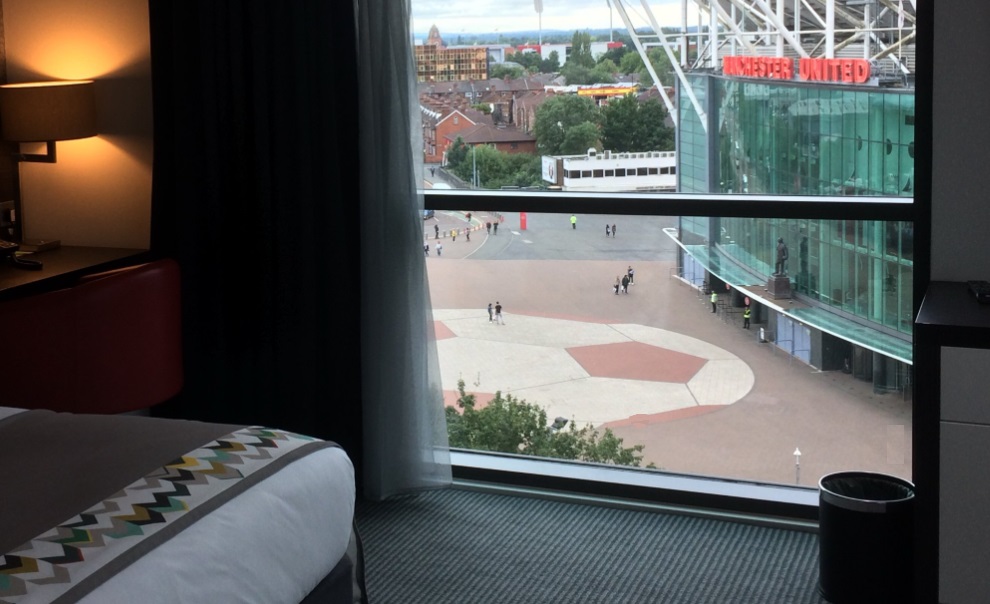 Any supporter of the ‘Beautiful Game’ will be pleasantly surprised by the ubiquitous football-themed touches throughout – like a mural of great footballing memories accompanying guests on their ascent or descent of the main staircase, the stadium-esque facilities for the gentlemen’s toilets in the Old Trafford Supporters Club in the hotel’s basement or the guestroom bathroom design, with a nod to football changing rooms. Most of the hotel art, too, was commissioned by the hotel and made by University of Salford students. 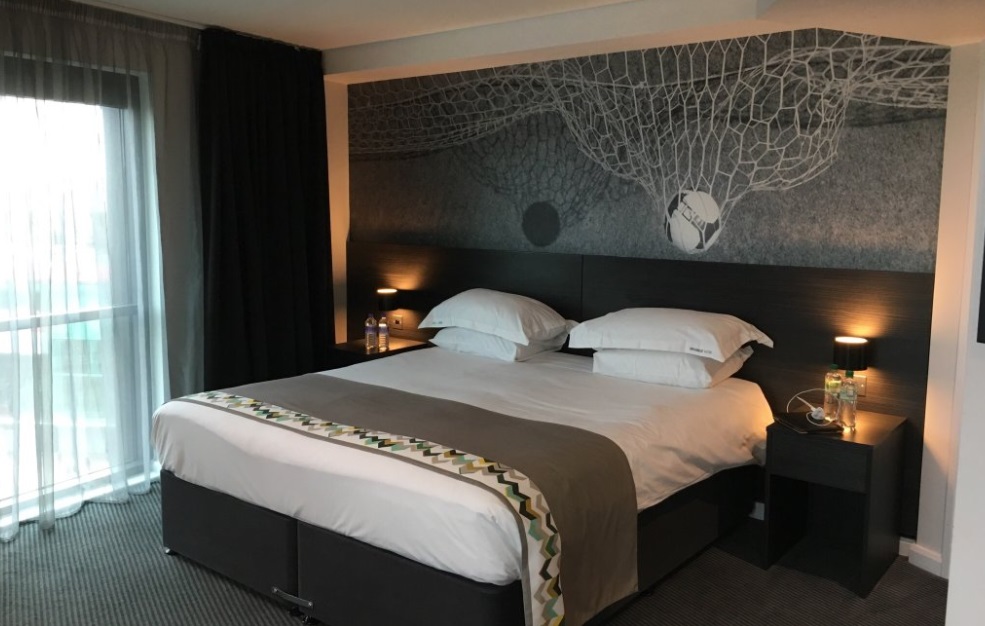 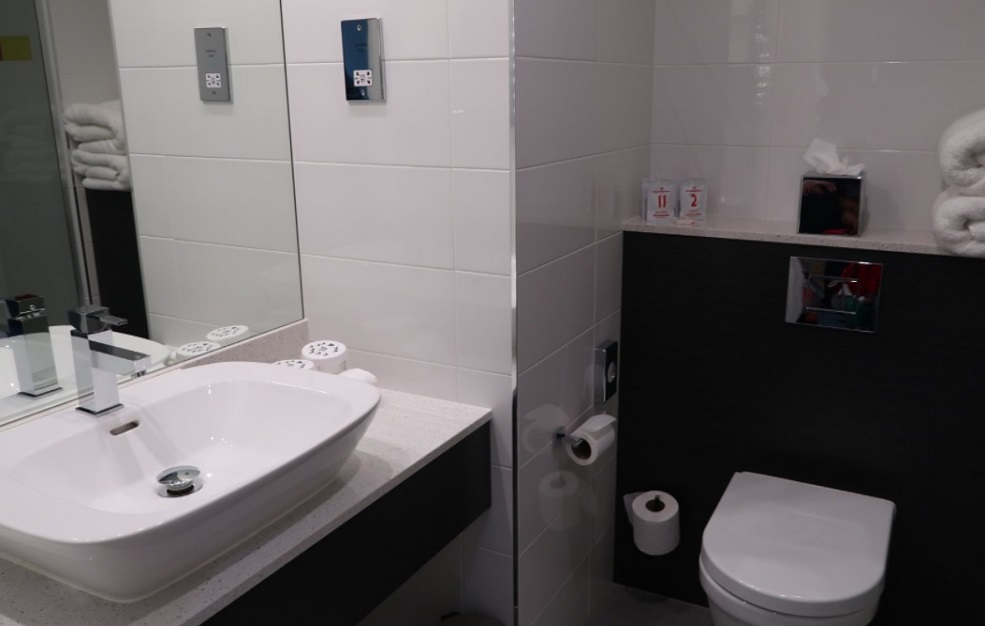 The interiors are modern and slick, if not slightly ‘corporate’ at times. But make no mistake, the attention to detail is prevalent throughout – and despite this being a ‘themed’ hotel, guest comfort and satisfaction has not been overlooked. 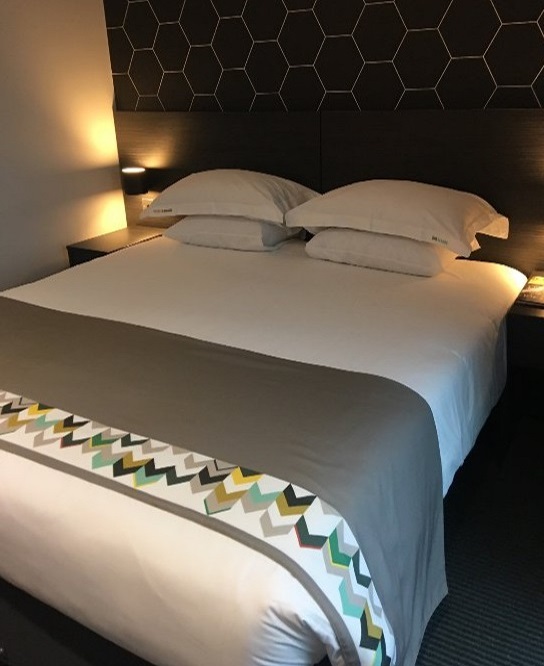 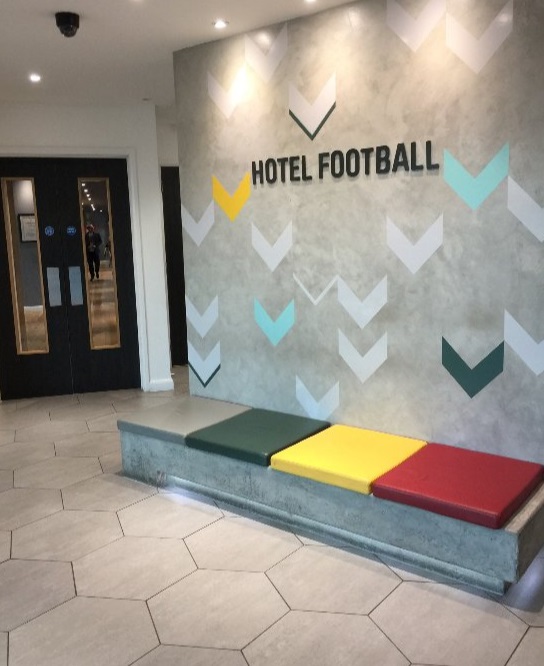 Given the market this hotel is undoubtedly looking to tap into, the corporate and event spaces are excellent appointed and have the ability to cater for various-sized parties. The Owners Room and The Boardroom for smaller meetings, to the Stadium Suite and Players’ Lounge, which can take up to 500 people and match-day hospitality is also available. 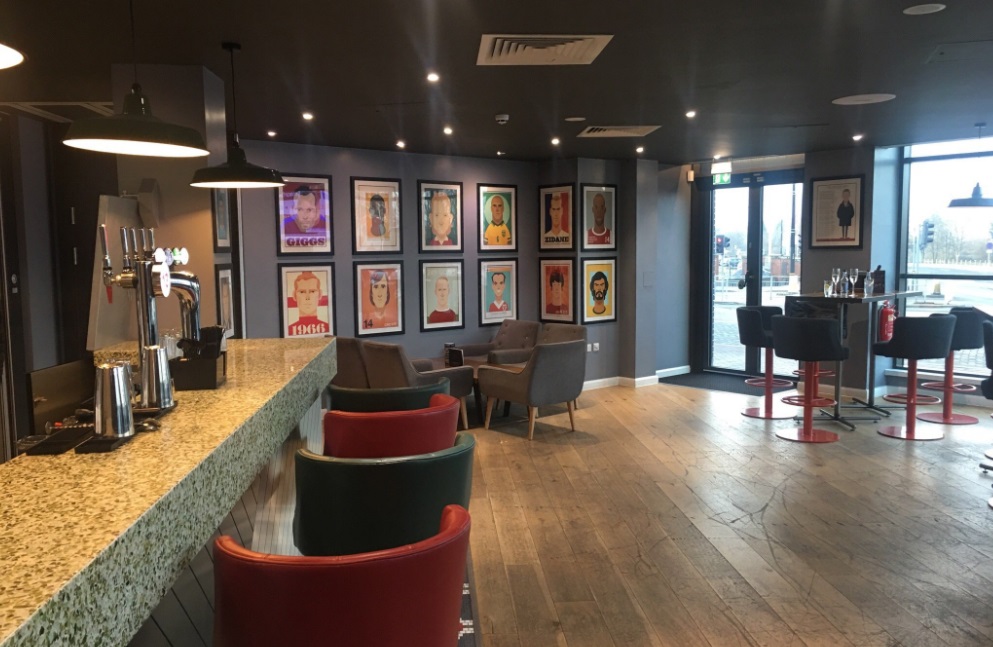 The hotel has been well pitched – it is consciously not too over-the-top in being Manchester United-themed (considering the disdain with which some football supporters perceive the club), but rather more focused on football as a whole. The staff throughout the property are also commendably friendly and helpful; whether or not they are Manchester United fans seems irrelevant as they all appear to be genuinely invested in the success of the project. Overall, this is a hotel that knows its USP, does what it says on the tin and does it well. It’s fun, quirky and different – definitely another success story for the Manchester hotel scene.

Based on a stay in March 2017
hotelfootball.com