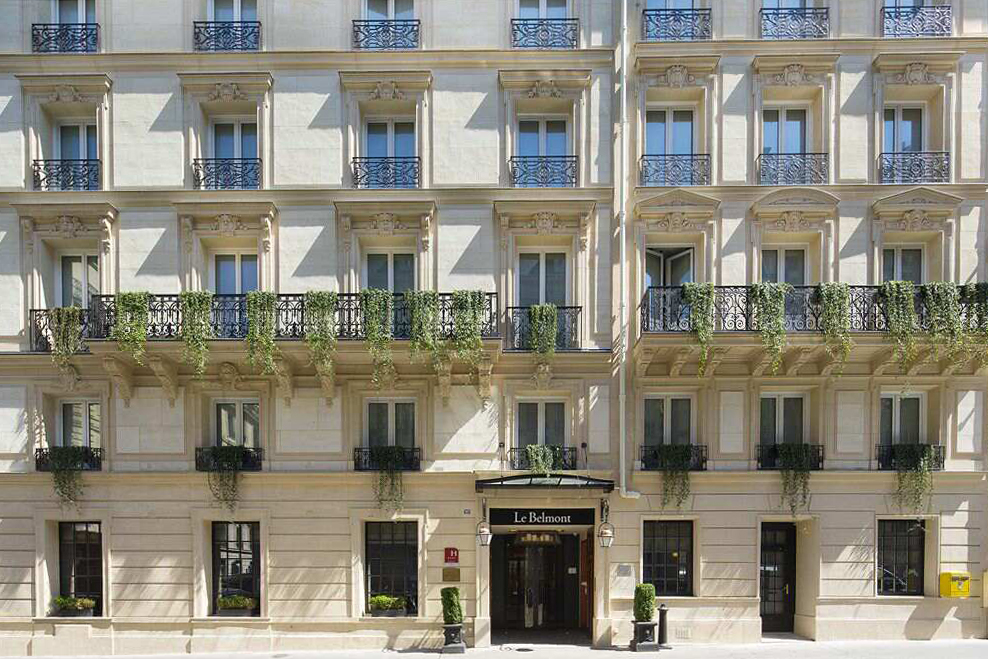 In March I made a long overdue trip back from the antipodean colonies to the motherland. To break up the frenetic efforts to see everyone, I took a short trip across La Manche to stay briefly in picturesque Paris and lodging at a French classic, Le Belmont.

Le Belmont is a four star hotel in the heart of the city. The building is a very old block, typical of Paris, and has all of the character that goes with it. Its location just off the Champs-Élysées is a major attraction, placing the hotel at the heart of tourist Paris. Both the Eiffel Tower and Arc de Triomphe are a 10 minute walk and there is a metro station at the end of the street. 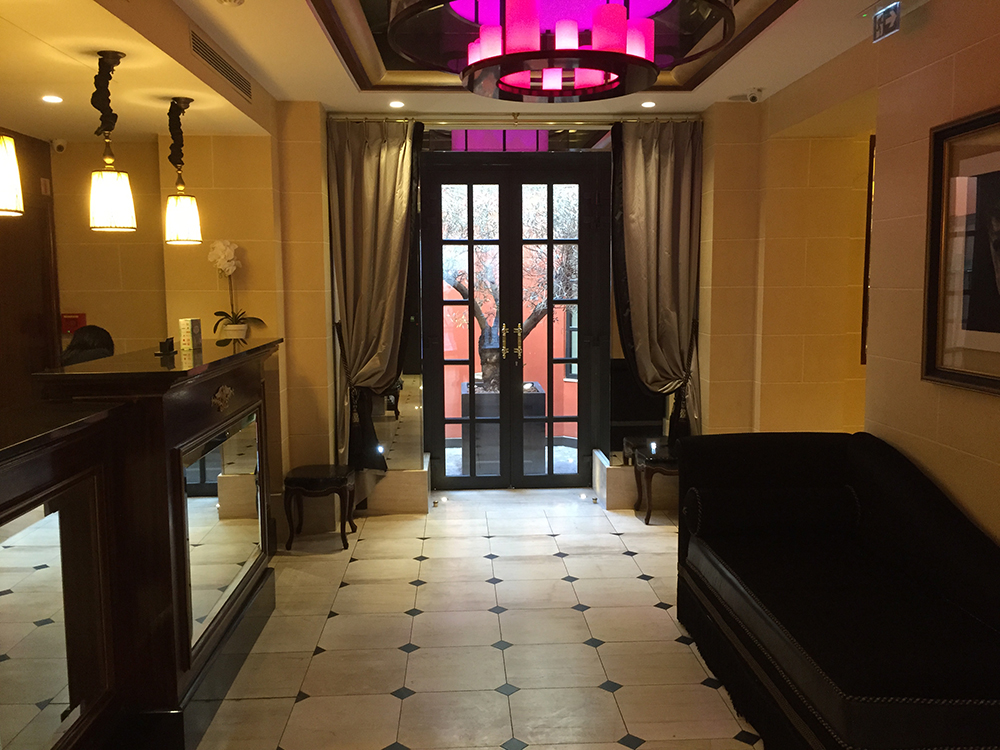 The hotel is decorated in a pseudo Parisian Palatial style, cut with marks of modernism. The public areas filled with furniture leaning towards a French aristocratic persuasion but the rooms have modern colourful chandeliers and the fireplace is filled with colour-changing LED candles.

The corridors are somewhat confronting, as they lack good lighting, and as a consequence are very dark, emphasised by the paint colours. The bedrooms are in a typically extravagant style but with a clear budget restraint. While the headboards appear as velvet curtaining in the imagery, this is actually a printed fabric with a fabric panel across the top, to give a more three dimensional effect.

Each room has a large flat-screen TV and a multitude of languages are catered for by the channels. The minibar is modestly stocked and priced and the staff were more than happy to uncork my bottle of vin de table I had bought at the shop around the corner. The bedrooms are well proportioned and feel cared for, although the shower-room door in my room appeared to be an old access door painted (badly) black. The en suite shower rooms feel luxurious, despite being restricted in size. The showers are generously proportioned and the complimentary toiletries are, appropriately, Hermès.

In the morning the small cocktail bar/lounge is used to serve breakfast. The offering is the usual cooked selection, along with an array of French pastries which are spectacularly delicious. 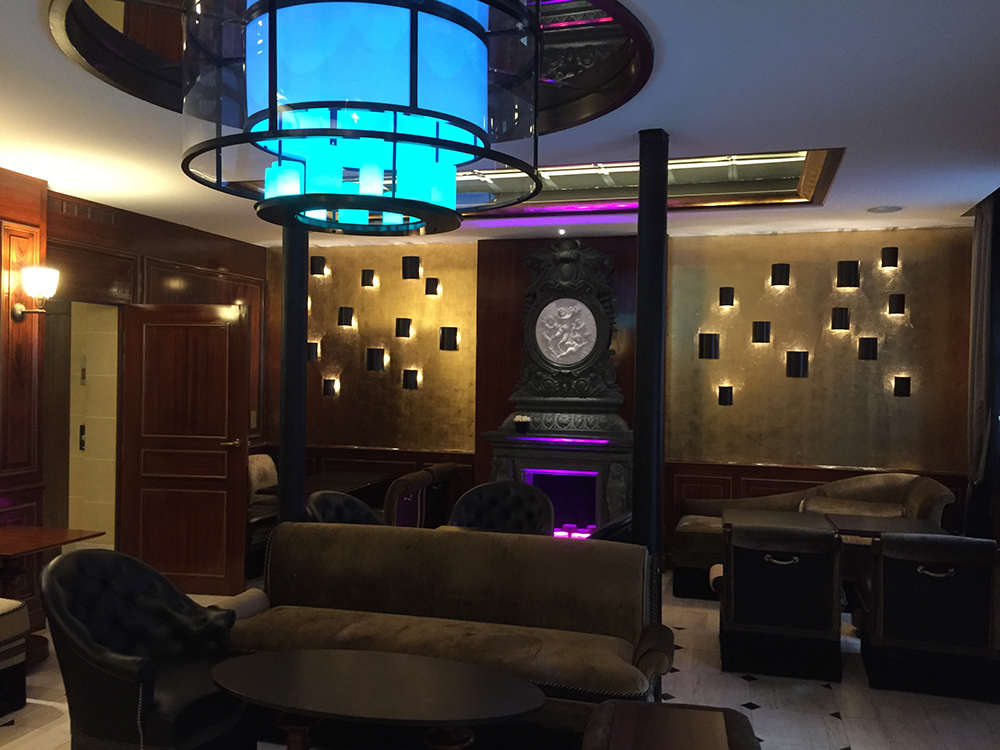 The hotel also has a spa offering a plethora of treatments in a number of treatment rooms, as well as housing a Turkish bath and glass roofed gym. The area is designed with a more eastern feel, which gives a gentle contrast to the main hotel, without losing its Frenchness.