Louvre Hotels Group brands are known to generations of UK travellers through France. My first visit to a Campanile in the 1980’s amused me. I watched travel-experienced Brits taking their own pillows to their rooms to use instead of the traditional French bolster. Thirty years on and the Louvre Hotels Group has undergone major change.

In 2005 Barry Sternlicht, the brain behind the revamp of Starwood and the introduction of the ‘W’ bought Louvre Hotels through his Starwood Capital investment arm and set about modernising and growing the Group. Sternlicht has enlarged Louvre Hotels acquiring Golden Tulip hotels as well as a number of luxury five star hotels, making Louvre Hotels Group the tenth largest hotel group globally with 1,000 hotels in 40 countries.

Kyriad is the two/three star brand within the group. Established in 2000 there are now 220 hotels with 12,700+ rooms in the brand and as with Campanile they have been redefined and over 30% have now been brought up to the new standard. 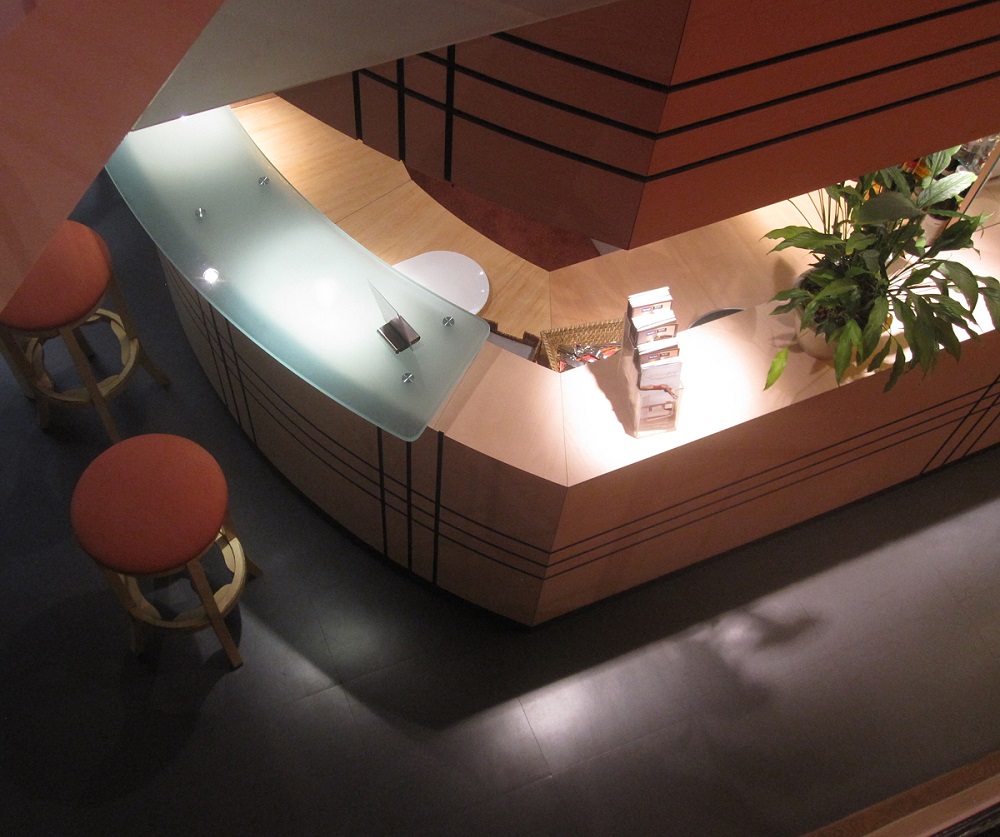 Kyriad claims to be a guarantee of quality. In the past many British tourists would avoided an hotel at this level in France as they have been very poor. Kyriad challenges this perception, intending the brand to stand for quality with the “charm of variety” (as Camille Sassi, the brand manager describes it). Certainly, the quality achieved in approximately the 14 square metre rooms of the Kyriad Epinal I stayed in indicates that this challenge is being met.

To many UK tourists the idea of a French hotel with a TCMF will be a novelty, especially at the budget level. To have free Wifi only enhances the experience. Prices are comparable with Travelodge and garage parking is also available. At the Epinal Kyriad, in a tiny space the designer has managed to create a compact but comfortable room. The toilet is separate from the shower-room and the and the shower itself contains a powerful handset as well as a rainhead delivering good pressure and a very acceptable showering experience – far superior to that at some four star brands.

Also superior to some four star brands is the thinking in the creation of the room. It is a tiny space but the designer has managed to create a good work desk, a luggage rack and a wardrobe. The robe provides two separate hanging spaces the longer allowing wet outer garments to be separated from items such as shirts. 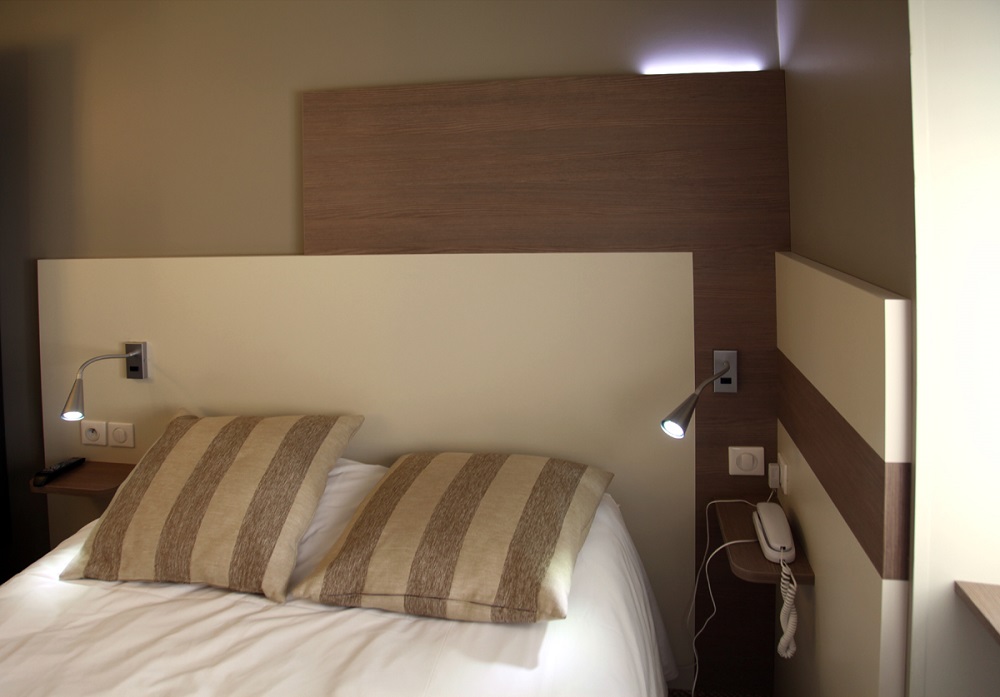 Lighting is energy saving but ample, with good sized reading lamps at the bedhead. Lighting and extraction in the bathroom is also good, and the bathroom has ample shelf space for toiletries, again unlike some more prestigious hotels. Corridor lighting is on motion sensors and maximum use is made of daylight without losing the sparkle that artificial lighting can bring to public areas.

A new lift shaft added to the rear of the building with the connection points with the corridors and staircase used to increase areas for housekeeping stores. Public areas include a bistro, unfortunately closed at weekends in Epinal (except for breakfast) but well priced and attractive. There is a small bar in the public areas where local and French national newspapers are also provided.

This hotel was a shock, but a good one. I booked it as a stop on the drive back specifically because I wanted to see the impact on the brand that the acquisition by Starwood Capital may have had. As with Campanile, the change is a revelation. Brand standards are high, and as the ambitious growth plans are rolled out (an additional 70 hotels are being opened in 2011 across the group, a dozen in India alone) then the new standards will make hotels further up in the ratings system look to their own standards.

Skillful design added to clear standards works even in a small space. I look forward to having the opportunity to look at the bigger brother, Kyriad Prestige, as well as other Louvre Hotels branded properties in the future.

From a visit in October 2011. Words and pictures Copyright Patrick Goff