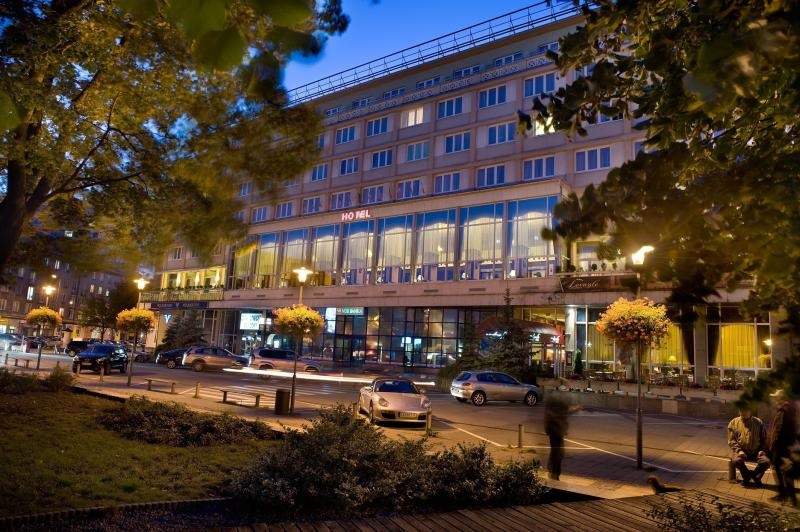 Noel Coward’s ‘Brief Encounter’ was set on a railway platform in which a couple waiting for different trains fall for one another. Returning to Bratislava after a six year absence rekindles affections in another brief encounter. We left Kitzbühel to drive the 300 miles to Bratislava on a morning with glorious sunshine, in sharp contrast to the Austrian monsoon we had been enjoying. The first half of the journey was through the valleys along minor roads, before switching to motorways for some fast cruising; all relatively trouble free until we arrived in Bratislava.

I last was here some 6 years ago to review Rezidor’s Carlton in the centre of the old town, and again drove here. This time we chose an hotel in the suburbs not to Review, but just as a night stop on our way to the High Tatra mountains on the border between Slovakia and Poland. The changes apparent in Bratislava on arriving in the city, and on the road out eastwards, are stunning.

First of all there is a new motorway, not on my three year old satnav. Not only that but a new set of inner roads lined with car dealerships, stores etc. showing the increased affluence now evident in this, one of the newest European capitals. The area the hotel is in is primarily residential, with street cafes and bars speaking of the adoption of a relaxed European lifestyle that on my previous visit I thought would take 15 years to take root here after years of totalitarian rule. This small country has transformed itself in six. 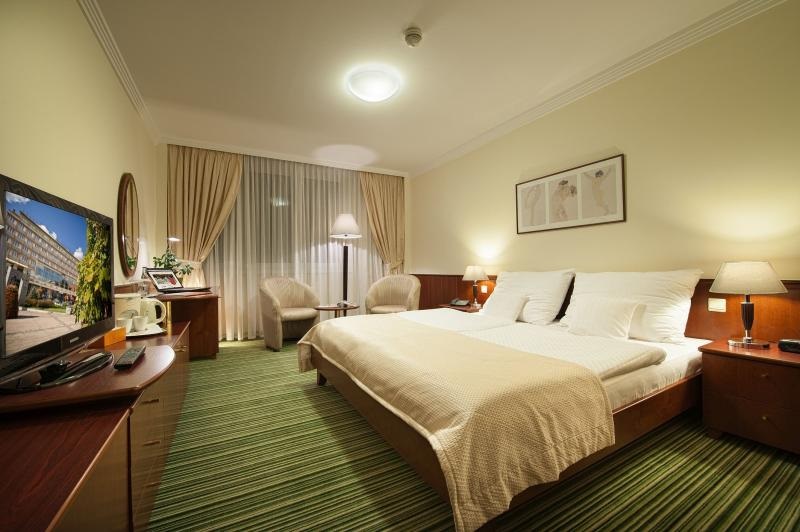 Conversations with the staff here and staff in the Kempinski High Tatras confirmed not only that the impression gained driving through the country was accurate but that they were proud of it and pleased it was noticed. Not difficult to miss the new homes being built throughout the drive, the new roads, new businesses that are springing up everywhere and the number of luxury cars appearing on the roads. This is a country that sees there is only one way – up, and they are taking it. Apollo is itself a symbol of this change. Built originally in 1968 under a previous political regime the hotel has, like the country itself, been transformed and rebuilt. Star of the hotel was the restaurant, and this has been modernised, with some humour. The hunter is represented by a fox on its hind legs clutching a rifle, but the game sold is beautifully cooked and presented, and I am beginning to regard the tender wild boar they serve here as an East European specialty. 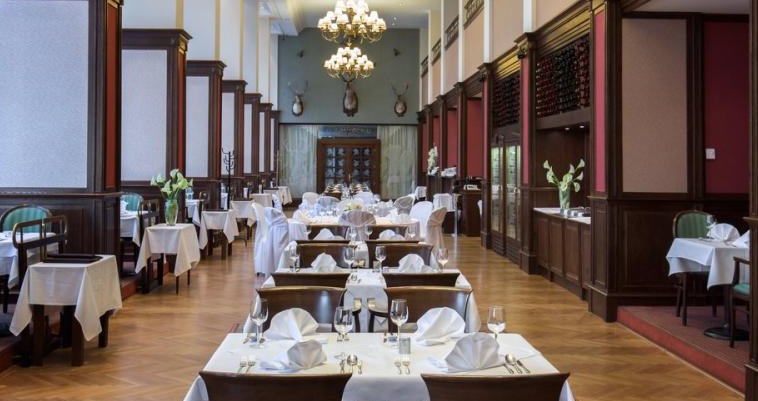 Reception still has echoes of the past, or perhaps indicators of cultural differences but has been smartly refurbished, and the staff are friendly and responsive. Parking is in the private square outside where cars again speak of affluence, and the neighbouring buildings are being developed to relieve Bratislava’s housing shortage, or occupied by banks, opticians and dentists. Bedroom corridors and lifts have been refurbished, posters for Sean Scully and fashion plates from the ballet dominating. Doors have proximity locks and the card needs to be used in the lift ensuring guest security. There is free wifi reliably available at a desk that is well designed to accommodate a laptop etc.. Lighting is good and the bathrooms, whilst small are no different to the average Holiday Inn, providing a good power shower, and plenty of hot water.

Whilst European investment has undoubtedly spurred the redevelopment, especially of infrastructure such as railways and motorways, the Slovakians, with a new female Prime Minister have seized the opportunities capitalism has presented. Slovakia now produces more cars per head than any other country in Europe. Large Porsches, for example, are manufactured here and sent to Germany to have the badges added that qualify them as made in Germany. BMW’s corporate HQ is a dominant feature of the Bratislava skyline, and the refurbishment of this hotel is part of a boom in the hospitality industry that is beginning to happen in this attractive country.

Apollo may not win awards for design, but is professionally done to a high standard. Workmanship and detailing show designer and contractors know their business. A burgeoning ski run and mountain bike trail system as well as the urban attractions of Bratislava, growing business traffic , the mainstay of the Apollo, all are driving the tourist economy forward. It is great to see evidence that the return of democracy is generating a rise in living standards for Slovakians.