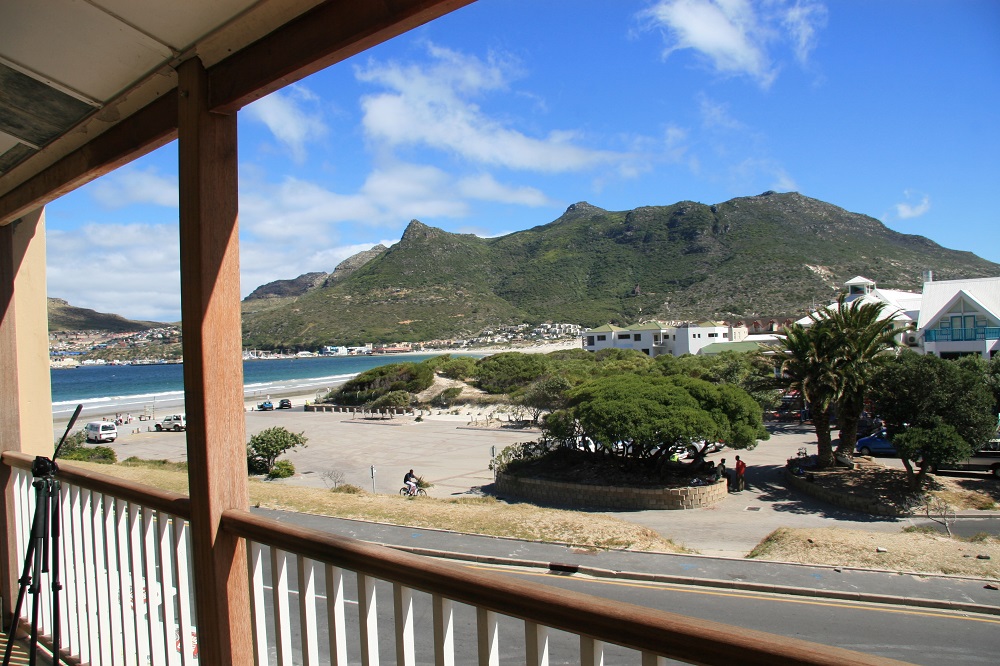 Whilst football is often said to be a game of two halves, Chapmans Peak hotel, known popularly locally simply as ‘Chappies’, is a hotel of two halves. On the left is the original pub much changed since it was built in 1903, whilst on the right is the new four star bedroom extension complete with suites, balconied bedrooms and the most amazing views across Hout Bay. When in Cape Town I stay in Hout Bay and it was then I was taken to the Chapmans Peak hotel as the best place to eat in the area.

My companions were being guided to their table on the large and busy outdoor terrace dining area when I spied a bright red spot of colour inside the hotel. “Aha!” I thought, “someone with a sense of style” and wandered off to look (always curious you see).

A single flower on a table in the centre of a space reminded me in a way of the entrance to the Hempel in London where the same flower was used in serried ranks to create impact. Here simplicity won the eye, and sparked further my curiosity. It was a good half hour later that I rejoined my hosts at their table. Ooops! 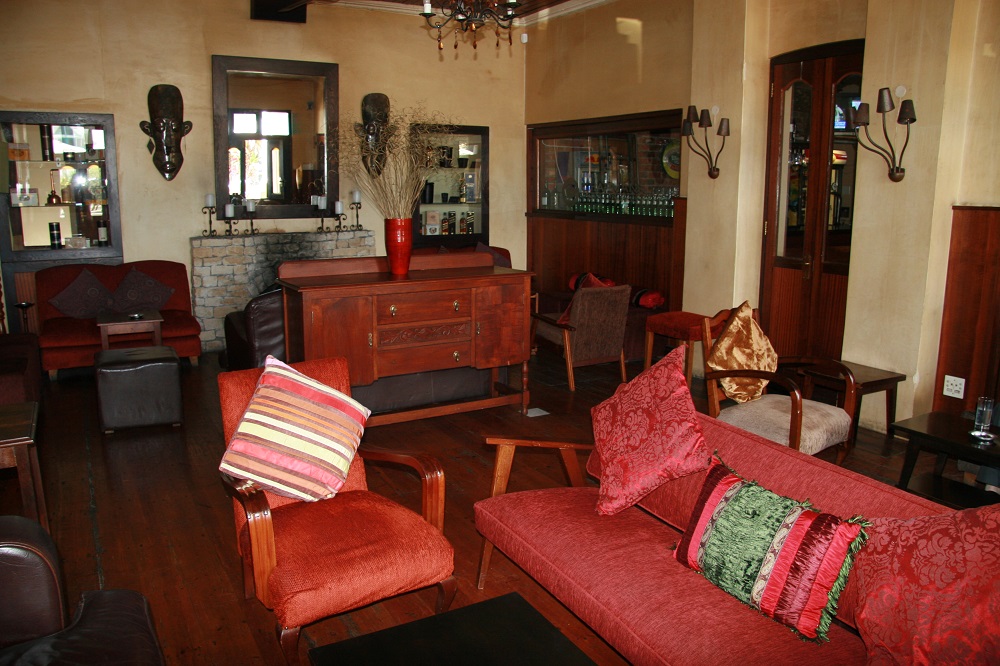 From there I became involved, gave advice and tracked the development of the hotel over the following couple of years. Chapmans has been in the same family for years, along with a neighbouring wine distribution service. It is a popular bistro/pub with a menu focussed on local, especially seafood, products. In an elevated position it has a spectacular view across Hout Bay, and stands at the bottom of the road that clings to the cliffs as it winds away around the end of Africa towards the Simonstown naval base.

Originally built in 1903, some of the original building remains evident in fireplaces and lounges – fireplaces that are necessary in the South African winter months when rain clouds can hug the coast – apparently Cape Town only has 60 days a year without a sea mist or cloud cover for some of the time. Hout Bay is a corruption of Houtbaaii, meaning ‘bay of wood’ as in the 18th century this is where much shipbuilding took place using local timber.
A new entrance and underground secure car parking were created as a part of the new construction, organised and overseen by the owner. The rock face against which the hotel sits was incorporated into the new entrance lobby with the front a simple glass screen cut into the rock wall. With two levels coming into the lobby from the garage and the street entrance along with the linking to the previously existing building this is a complex space well handled by the architects. Lit with locally manufactured chandeliers it is contemporary but not in conflict with the previous reception lobby. 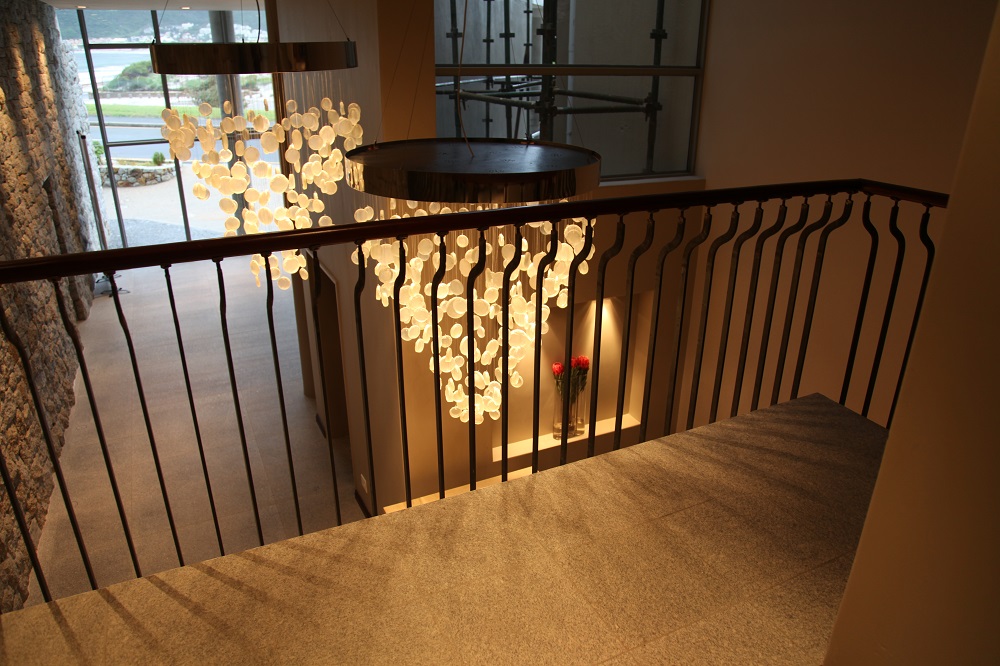 The transition from modern to antique is accomplished smoothly, in part eased by the different dates of the various parts of the previously existing 10 bedrooms and meeting rooms. The addition of the two suites and 22 new luxurious and spacious new bedrooms, all with balconies, has transformed the pub into an hotel. The owners recognise this and will continue to refurbish the dining areas, which currently seat over a hundred comfortably, on a large covered terrace in the summer or in front of open fires in winter.

Like the Alma in Wandsworth this transition is based on a very healthy income from the food and beverage operation, making the economics of expansion relatively straightforward to calculate. In expanding the bedroom operation, again similar to the Alma, the standard of the whole operation has lifted. The friendliness and welcome, previously a recognised part of the operation, hasn’t changed though and the staff obviously enjoy the new range of facilities and guests but continue to work with personality and enthusiasm. Some have been at the hotel for many years and plainly feel they ‘belong’.

The style of the restaurant and bars is traditional with white linen and china providing a sparkling contrast to timber. For ten months of the year diners will prefer the outside terrace with its views over the bay, but in the winter mornings breakfast is served in front of open fires in the restaurant. In winter months dinner too is a candle lit convivial affair in front of open fires. 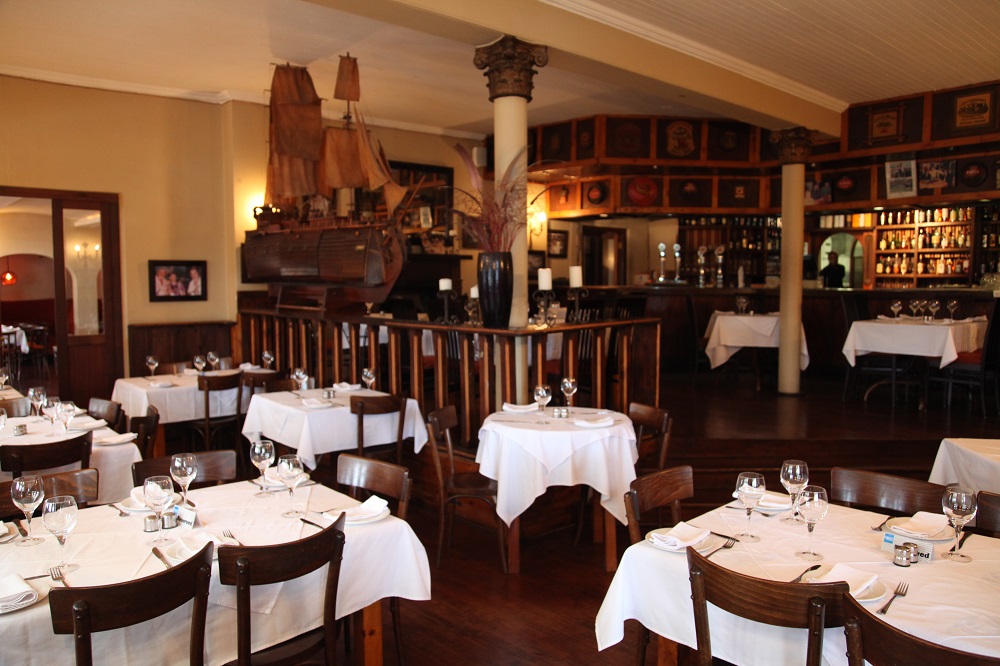 The old main entrance to the hotel has become a restaurant and bar entrance with the new reception having an off road pull-in. Parking was always a problem at Chappies, and the new provision is welcome. The old bedrooms have their own charm as does their balcony but the new rooms and suites are a huge step forward for the hotel. The two rooftop suites have deep private balconies with external showers, lounges with their own fireplaces etc.

The new bedrooms all have balconies, with those on the back of the hotel looking out onto the overgrown cliff face. Those at the front have the beach views but also the road, so the guest can balance quietness versus the view. Most rooms have luxury bathrooms with double wash hand basins, walk in showers as well as soaking tubs. The old rooms have a character and charm that comes with age, but all have en suite bath or shower rooms. The new rooms are larger. They have the classic arrangement with the bathroom helping to insulate the room aurally from the corridor. The lobby has the wardrobe in and in this sense the rooms are completely conventional. However they are longer than usual, giving room for the bathrooms to be large, with separate toilet, walk-in shower and bathtubs. In some rooms the tubs are enclose by shutters that can be opened so that it is possible to lounge in a bath whilst watching the sunset over the bay. 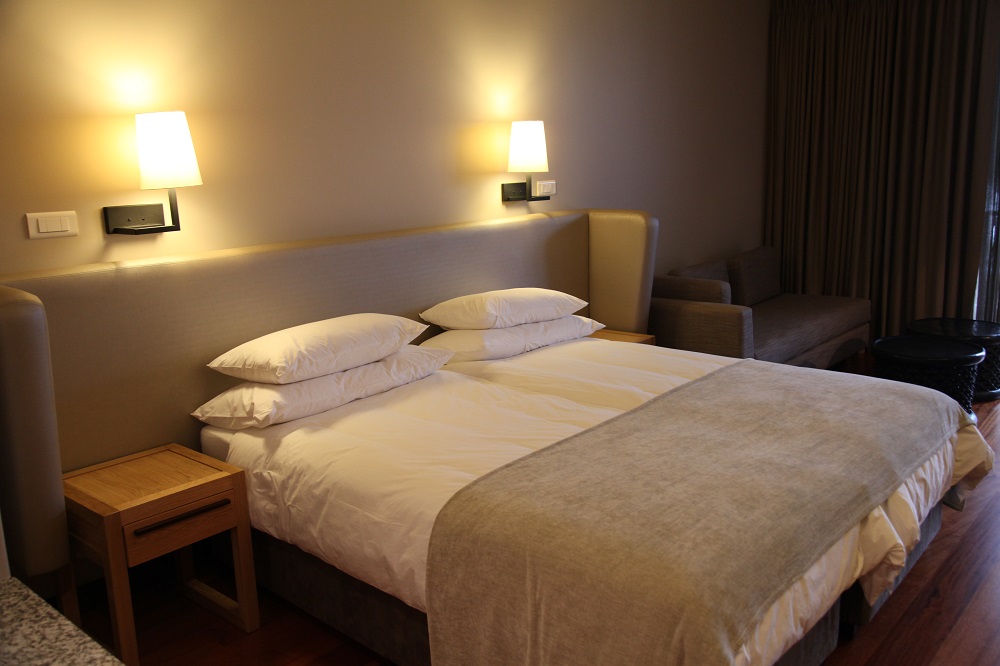 Lounge areas are generous and expanded by the practical balconies which also have their own table and chairs from which to enjoy a view that can encompass seals, a pod of porpoises and the boat traffic into the fishing harbour and marina on the other side of the bay.

Hard flooring and airconditioning make the rooms cool and the glazed end wall leaves the views can be enjoyed unobstructed. Furnishing is styllish and teh use of natural timber finishes chimes with the older parts of the hotel as well as the local styles

Whilst a 15 minute drive from central Cape Town, Chapmans Peak Hotel offers a unique blend of history, style and location that offer an informal alternative to the likes of the 12 Apostles or even the lovely Cellars Hohenort.