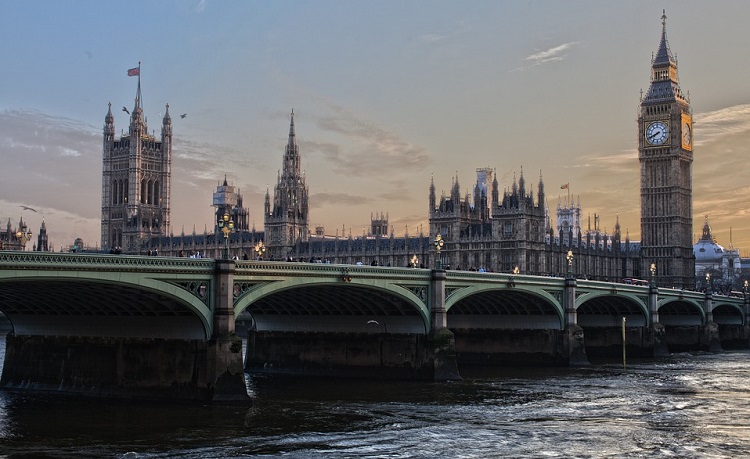 London, as expected, is the most popular destination this autumn with the greatest search volume coming from international travellers. Cardiff has overtaken London by the highest average clicked price among overseas visitors and Germans account for the largest group of travellers from off-shore countries.

This autumn, 64% of all search inquires to UK destinations have been made by domestic travellers. Based on search volume, German travellers make up the largest group of visitors coming from overseas followed by travellers from the US, Ireland, Italy, Spain, Australia, France, the Netherlands, Canada and Denmark. 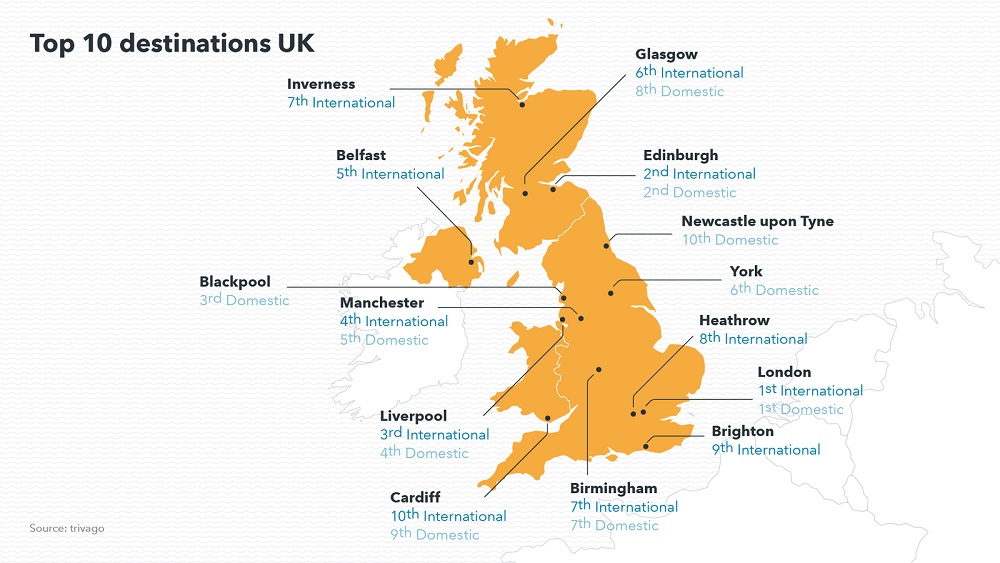 London is the most searched destination in the UK, accounting for 67% of all UK searches from the top 10 visiting countries. Edinburgh takes the second place followed by Blackpool, the third most popular city for the UK residents. However, Blackpool ranks much lower (closing the top 30) for international travellers who prefer Liverpool. 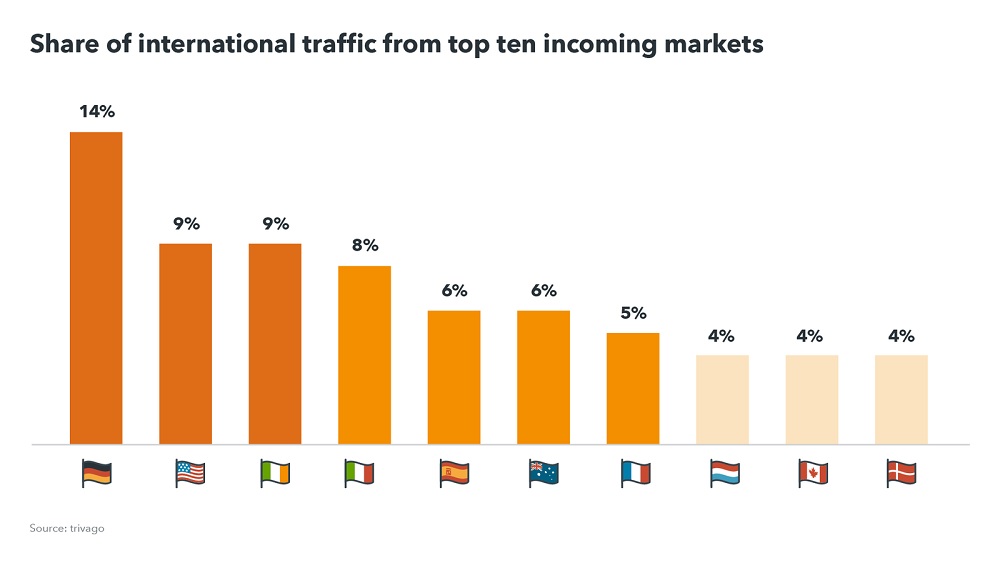 Lenka Trckova, Industry Management UK & Ireland, Hotel Relations: “Our data shows that travellers from all around the world will pay the highest prices for hotels in London, Cardiff and Liverpool. Cardiff is for overseas visitors even more expensive than London, reaching the average level of £137 per night. We can see a significant difference in search behaviour between international and domestic travellers particularly in London and Edinburgh. For these longstanding popular destinations, UK residents pay roughly £20 more than international visitors.” 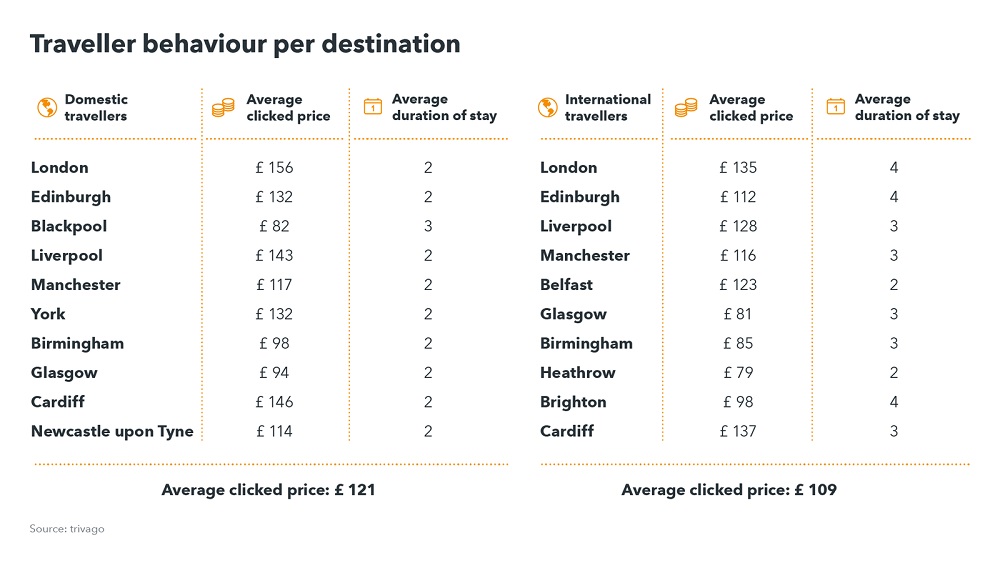 The average duration of stay reveals that travellers from the UK will mostly take short two-night trips this autumn. On the contrary, visitors from France, Italy and Denmark are likely to stay longest, as they search for stays of four nights on average.

For further insights and more detailed information about traveller behaviour and popular destinations in the UK, visit the trivago Hotel Manager Blog.

About the data
The 2017 autumn travel trends are based on data gathered from trivago.com searches between 1 June – 2 August 2017, for the period of 1 October – 30 November 2017 and includes searches for stay of three and more days. All prices shown are the average clicked prices selected by trivago users for a standard double room.