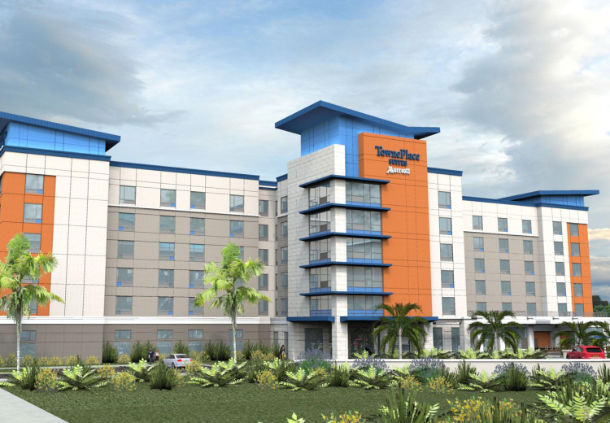 TownePlace Suites by Marriott Orlando at SeaWorld, managed by LBA Hospitality and owned by Mandala Holdings, is now open in the heart of the city’s magical attractions.

Located across the street from SeaWorld Orlando and right around the corner from Discovery Cove, Aquatica Orlando, Orange County Convention Centre, Universal Studios and Walt Disney World, the hotel will serve travelers the utmost in hospitality in the city known as the number one meeting destination in the US and the location for a record of 68 million visitors last year.

As an all-suites hotel, TownePlace Suites by Marriott Orlando at SeaWorld consists of 6 floors with 188 rooms featuring full kitchens, kids’ suites, an outdoor pool, an on-site fitness centre, a business centre, free continental breakfast and concierge. In addition, as an Official Hotel of SeaWorld, guests at the property will also have exclusive park benefits at SeaWorld and Aquatica including complimentary transportation, and discounts on merchandise and culinary purchases in the parks.

Led by general manager Alex Figueroa, named LBA’s General Manager of the Year in 2016, and Biljana Djokovic, director of sales, TownePlace Suites by Marriott Orlando at SeaWorld is one of two properties LBA plans to launch this summer in Orlando. Holiday Inn Express and Suites Orlando at SeaWorld, a six storey hotel with 181 guest rooms, an outdoor pool, fitness centre, business center and meeting space, will open in a few short months.