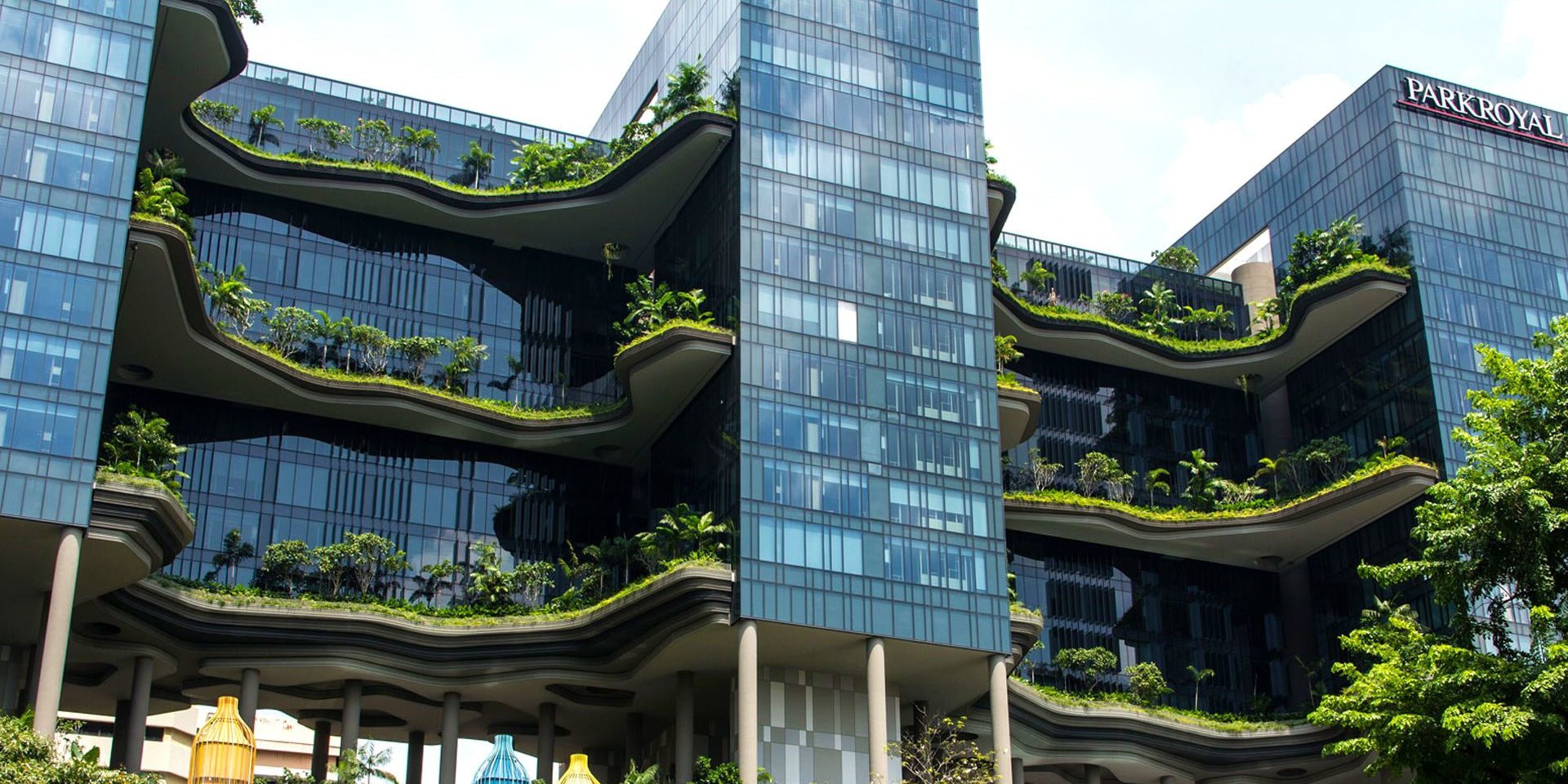 Sustainability has long been a buzzword within the design community, and hoteliers in particular have been latching onto the idea of the past number of years.

Not only is it a response to an increased awareness of climate change and the impact we as humans, especially those working in one aspect of the construction industry, have on the planet, but it is also a response to client demand, with more and more guests desiring sustainable tourism as a requirement in their holidays. An annual competition run by hotel consultancy firm the John Hardy Group called Radical Innovation Award takes submissions for innovative hotel designs that reimagine the hospitality experience, and this year’s entries and winners point to a significant upswing in sustainable hospitality that could well be the future of the industry.

The award has singled out a number of visionary projects as finalists, but many of the entries proposed radical ideas that threw out the rulebook of hospitality design. A common theme was that of sustainability, both in an environmentally friendly sense, but also in a cultural sense, where local culture and art is celebrated and promoted. This also points to recent trends in hospitality where local experiences are being sought by guests wishing to engage more with the place and people they are visiting.

Green or garden hotels were a big feature of a number of entries. Canadian firm Arno Matis Architecture proposed a project entitled the ‘Vertical Micro-Climate Hotel’, whose concept is to make the outdoor areas of hotels located in the harsh climates of North America habitable all year round.

One of the features of this hotel was the use of heliostat technology, a mirroring system which reflects sun back into certain parts of the building as required so as to make them habitable even in colder weather conditions.

EoA’s submission involved suspending hotel facilities from a treetop by using a system of cables to hold rooms in tent-form above a trampoline-like platform, giving the hotel a very small footprint above the forest floor and re-orientating the guest’s field of vision to that from the tree canopy. A Dutch architecture student submitted a project that he had built in his mother’s back garden which connects guests to nature while allowing them to sleep in a sustainably built and naturally ventilated structure.

The culturally sustainable aspect came in the form of the currently-operational Play Design Hotel in Taiwan, which champions local artists and designers by installing their creations into hotel rooms and encouraging guest to interact with them.

The idea came about after the developer noticed a lot of his artist friends were having to go abroad to showcase their designs, and he thought that it would be better to not only exhibit the work locally in hotels so that international guests could see them, but also to cultivate an environment of design engagement within the hotels themselves.

“I want people to experience the culture of this country. played a lot with the idea of using the hotel as a portal for people who want to learn about Taiwanese design, a space that is furnished with all of these local designers’ work. So, their work is not only shown but so it’s experienced. Design isn’t something you only put in a museum or gallery. It should be used. It’s for your everyday use,” says hotelier Ting-Han Chen.

More information on hotel sustainability can be found on TOPHOTELPROJECTS, the specialised service provider in the exchange of cutting-edge information of hotel construction in the international hospitality industry.