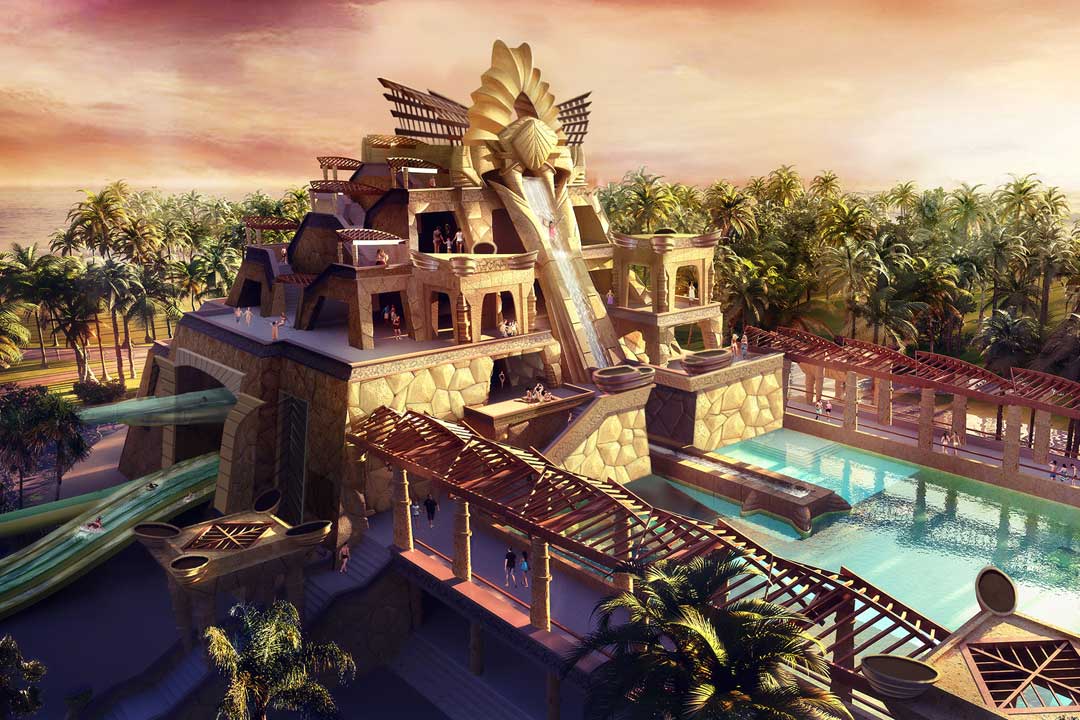 Falcon’s Creative Group, the Orlando-based creative services firm specialising in the design and production of themed experiences, was heavily involved in the design and development of Atlantis Sanya – a new Atlantis resort, situated along the Haitang Bay National Coast in China.

Falcon’s Creative Group was selected by Fosun International Limited and Kerzner International, an international developer and operator of destination resorts and luxury hotels, as the provider of thematic and interior design services for the resort’s Aquaventure Waterpark and The Lost Chambers Aquarium.

Over the last two years, Falcon’s Creative Group has been providing on-site creative guardianship, theming, and quality control, as well as conceptualising a new experience for the Atlantis brand.

Speaking to Hotel Designs, David Schaefer, Vice President at Falcon’s Creative Group, explained: “As consumers become more exposed to technology like virtual reality, they are no longer satisfied with the traditional, static entertainment that has existed over the past few decades; instead, they want to be totally immersed in themed environments. As a result of this shift, there is significant unrest within the tourism industry as providers search for ways to adapt to an increasingly tech-savvy world.”

With this in mind, Falcon’s Creative Group says it sought to combine traditional architectural elements with imaginative design to help create the Atlantis Sanya resort and make it an experience unlike anything before seen in China.

“Those who are familiar with the traditional Atlantis resorts around the world know that the Atlantis intellectual property is derived from the story of a lost underwater city,” continued Schaefer. “For Atlantis Sanya, Falcon’s Creative Group has revitalised the concept of Atlantis by evolving it from a lost underwater city into a living, thriving metropolis.” 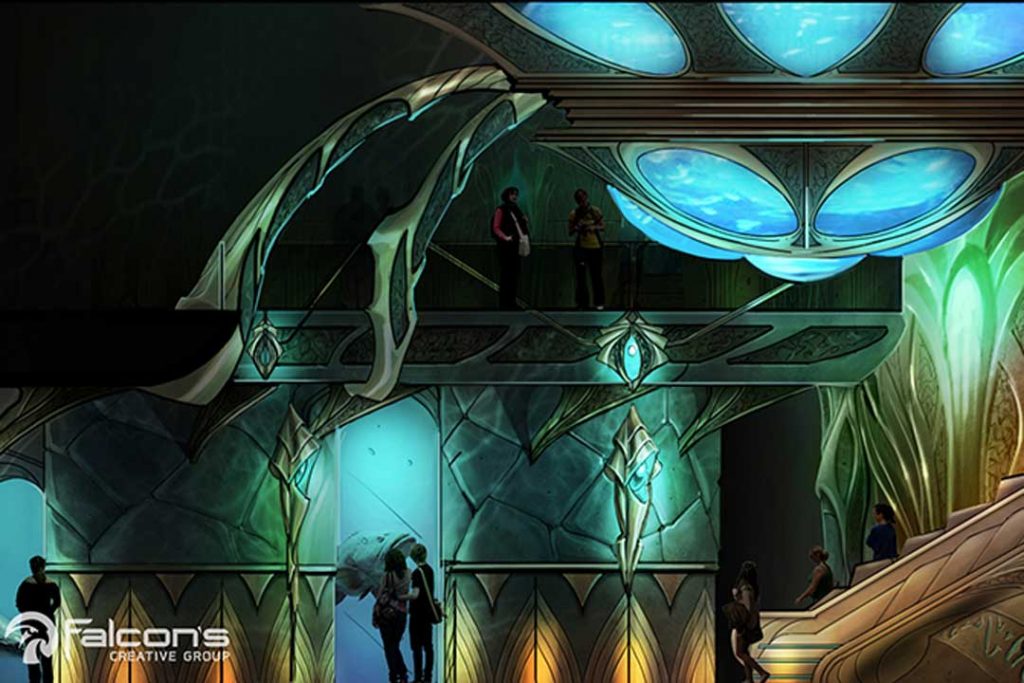 To demonstrate the vivaciousness of a thriving city, Falcon’s Creative Group designed the concepts for digital content that lives inside the aquarium tanks to create a hologram effect of an Atlantean creature. Additionally, it designed the concepts for interactive media, cause-and-effect features within the tanks and pop-up facts about different species, to transform a static aquarium into an interactive environment.

“Much of the design emphasis was placed on the two main slide towers, which will have a unique style apart from the other two Atlantis locations,” said Schaefer. “The slide towers house multiple waterslides, including a clear tube slide that takes guests directly through a shark tank. Additionally, we designed several buildings and landscape accents including restaurants and retail spaces.”

Schaefer added that the project has highlighted the enormous potential for leveraging existing Western luxury resort IPs in China: “The rapid pace of development in the Asia region makes these projects well suited to pair with existing IPs, because developers can tap into a fan base immediately upon opening.”