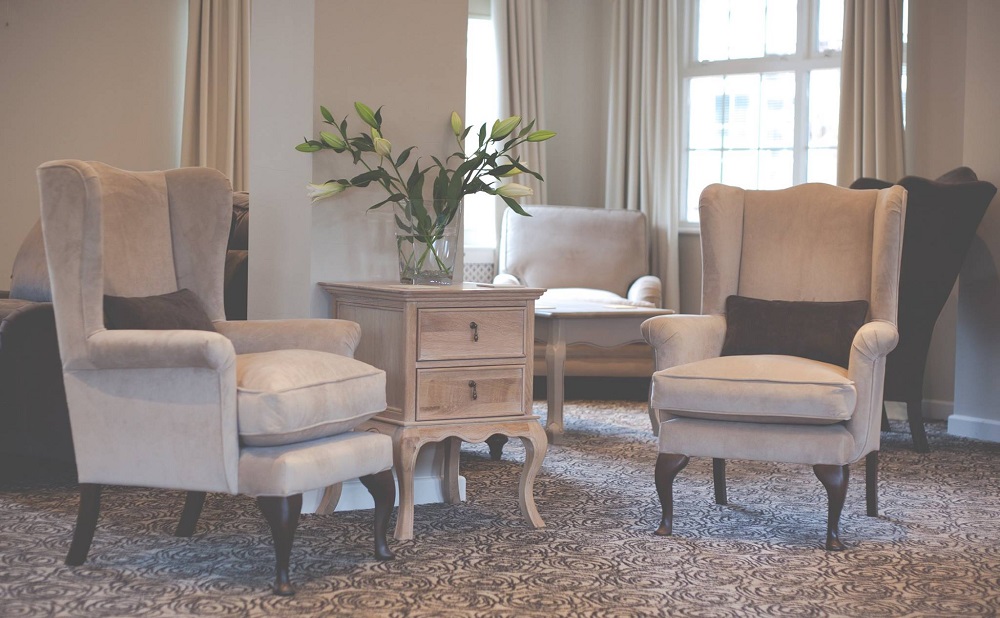 The Otterburn Coach House Hotel is set in a stunning deer park and woodland around the former Otterburn Hall Hotel, which closed in 2012. The Coach House went under the hammer in January last year when it was sold along with the hall and other buildings. It will be the first of the developments on the site to rise from the ashes when it opens for business in August.

New owner Julie Blackie is targeting the huge wedding market that is now thriving in Otterburn, by providing a marriage venue and overspill accommodation for guests tying the knot at sites around the Northumberland town. She said: “Otterburn has become a really popular place for couples to marry, but there just wasn’t the level of overnight accommodation locally to meet demand from wedding guests.

“The Coach House will fill that gap in the market, and we’re also welcoming in parties and celebrations of our own to cater for local people and those visiting the area from further afield. We’ll be providing great food – including Sunday lunches – and an excellent atmosphere, so local people can enjoy a great night out without having to travel to Newcastle or Edinburgh for it,” she added.

Built in 1870 for Lord James Douglas, the Coach House has 14 bedrooms, a bar and dining area, and has undergone a major refurbishment since Julie bought it at auction. It’s part of the Otterburn Hall estate, which was originally a country estate popular for shooting and fishing. The Hall itself was turned into a spa hotel in the 1920s and in recent years was known as a wedding venue before closing unexpectedly in 2012.

Julie is using her creative and organisational nous to turn the Coach House into a must-visit destination. A former project manager with Newcastle City Council, she has a flair for organisation having previously worked as a trouble-shooter to turn around the fortunes of failing businesses in Newcastle. The family oriented businesswoman has also recently helped her daughter, Alice Hall set up the multi-million-pound turnover online fashion business; Pink Boutique and the Coach House business sees Julie working in partnership with another of her four daughters, Julie Burrows.

“It’s great to be able to work with my daughters in two very different businesses. They are both very talented and have great plans for the future and I’m looking forward to sharing my experiences with them.”

As well as her business ventures, Julie is a successful TV screenwriter, who has written for Hollyoaks and Casualty. She’s also the co-author of best-selling crime novel The Prodigal with Nicky Doherty under the joint pen name Nicky Black. She’ll be using all of her entrepreneurial and creative talents to put the Coach House firmly on the map, with coach trips for vintage-style teas, gourmet fine dining nights and facilities for dark sky stargazers, walkers, cyclists and dog owners all on the new hotel’s agenda.

The Coach House conversion will initially create five new jobs, including manager Laura Kennedy, who previously worked as assistant manager at the Newcastle-Gateshead Hilton. It’s a homecoming for Laura as she also previously worked in a local hotel and was brought up in nearby Bryness Village on the Scottish Border.

Laura said: ” This is a tremendous challenge and a very exciting opportunity for me to help the Coach House become one of the must go to hotels in the region. We’ve had a number of firm bookings on Bookings.com so the signs are already looking good for the future.

“We have an incredible team and I’m looking forward to making our guests feel valued and welcome. Otterburn has so much to offer and I’m proud to be such a big part of the hotel’s plans.”

Also earning a new position is head chef David Hadfield, who was previously employed at The Duck in Corbridge.