SPOTLIGHT ON: Storytelling in the hotel lobby 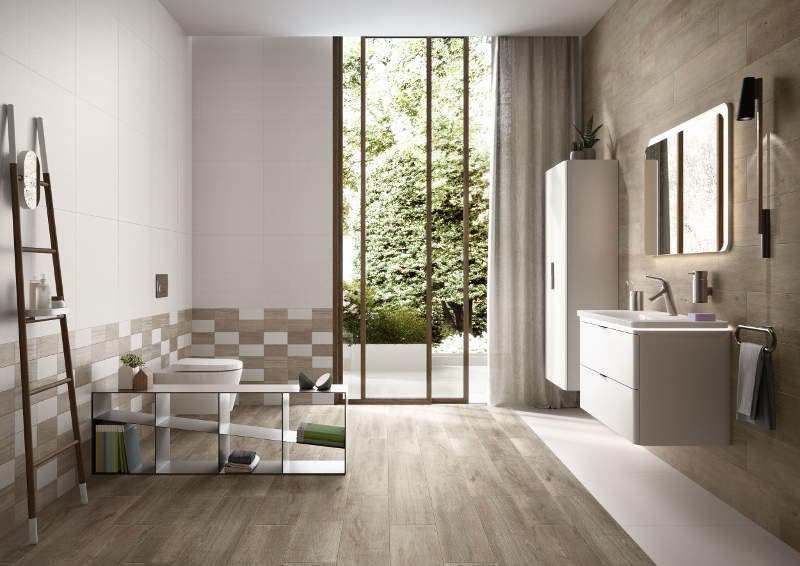 Hotel Designs editor Hamish Kilburn and Richmond International’s Fiona Thompson together investigate just how the hotel lobby has evolved in recent years and why, perhaps, the modern hotel lobby is having to work harder than it ever has done before…

I believe the best way to describe how a hotel’s design experience to a consumer or guest is to compare it to a novel. The front cover, or the façade of the building, is the first element that a reader or a guest will see. Despite having been taught throughout my childhood to never judge a book by its cover, my argument is why disrupt the inevitable? Guests are going to judge, consciously or subconsciously, what’s on show in- and outside the physical building. Once first impressions have been established, and readers and guests open the book, the real story can begin.

The first element of drama tends to be locked into the first chapter, or in our case, the hotel lobby. Fiona Thompson, the Principal of Richmond International knows all too well the importance of getting this narrative right to not only fit the theme but also slot nicely into the practical requirement in order for it to fulfil its job (and fulfil it well). “The lobby is key, it always has been. It’s the first thing people see so it sets the tone for the whole hotel,” Fiona explains. “The world has changed, as have peoples’ expectations. It [the lobby] is the most important part of the hotel, followed in my opinion by the guestrooms in terms of what the hotel is all about.”

Fiona makes a valid point, one that has become common knowledge in our industry and should not ever be forgotten: the world is changing, and design must continue to be prepared to deal with modern travellers in which ever form they check in as. “Beforehand, it was a lobby and a reception – a very functional space – whereas now it is anything but that really,” she says. “It can be a bar, a nightclub, a restaurant, a meeting space. It fulfils so many different functions. It’s also a valuable space when you consider that all areas of the hotel these days need to work a lot harder. If you think about it, it’s the only place that everyone goes to. Therefore, the lobby – the social hub, the heart, whatever you like to call it – has been designed in order for the hotel to utilise it in a commercial way.”

As someone who has passed through many hotel lobbies around the world, the ones that stand out are those that have a layer of subtle personality and charm to them. The Miami Beach Edition, for example, is a clever yet simple illustration of how to breath natural life into the communal area of the hotel – especially with sustainability being such a hot topic at the moment, with no indications of that changing any time soon. “I think it’s key that the lobby is referenced to its surroundings,” Fiona adds. “The environment and its location is absolutely integral to the design theme. People don’t want a big bland empty space anymore. Instead, it has to work for its location. I believe that W Hotels was the first major brand to really change things in the hotel lobby in terms of putting the bar and the community centre stage.” 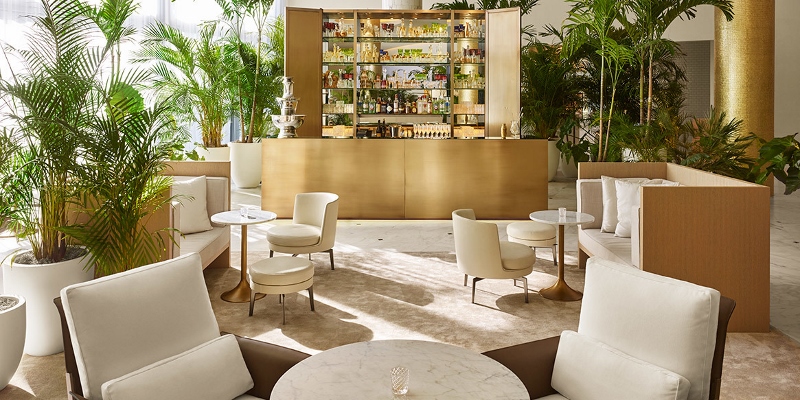 If we were to further explore the metaphor of the hotel lobby being the first chapter in a novel, then, while there are great examples, there are also wrong way to engage your readers and guests. “It’s easy for boutique properties to create a lobby that has a great vibe and that is very interesting,” explains Fiona. “I think it’s much harder to create those vibes in a luxury hotel, because some guests still want the formality to be met by the concierge and having the privacy. The balance is to combine all of those elements, to give guests checking in the opportunity to have those facilities, keep the privacy but still making the lobby an energetic space. Otherwise you can risk alienating half of the people.”

As Fiona is talking, I can’t help but feel as if in my mind she is describing The Beaumont in London. The entrance is grand and for the likes of people like me, dashing into the hotel for a meeting, it naturally opens up to the bar and restaurant so that you never feel as if you are intruding into a guests’ personal area. However, guests checking in to the hotel can veer off to the right to be met by a private check-in desk and concierge. The design in the hotel is as seamless as the guest experience.

Let’s talk about themes of our novel, to explore a sci-fi motif of robots taking over, for example, which a few years ago the robotic arm started to turn the pages of the guest experience. “I think the first time robots were introduced into the hotel it was actually quite interesting because it’s different, I suppose,” confesses Fiona though I can’t help but notice a subtle grin, hinting there is a ‘but’ coming. “But I think that people want to interact with other people. I don’t really want a robot to escort me to my hotel room. The robot thing is impersonal and I don’t generally think that’s what the majority of guests really want.”

The once extensive novel of hotel design is probably best reflected as that of a picture book in the modern world. As we’ve explored recently in our Designing Instagrammable series, hotels that are ‘gems’ have carved out the opportunity for guests to experience striking moments. One way to do that is to bring the outdoors indoors. “If you’re in the right location then fantastic,” says Fiona. “Environmentally, an eco-friendly lobby will make guests feel fresher and cleaner and generally better for you. I will go further to say that the more you can open up the space the better. The natural environment is growing a lot, right through to air conditioning. Wellbeing is another big thing that is already coming through. The younger generation are much more conscious about that.”

As with any good story, we all have our favourites – ones that really connect with the reader and guests, usually as a result of challenging conventions. “For me, 1 Hotel Brooklyn and South Beach are really great examples of a hotel being location-specific,” says Fiona. “They are green, hotels designed with sustainability in mind, but they are very sophisticated. The lobbies are also hip, but not trendy and when you go there you see many different demographics of people and generations experiencing the hotel’s facilities alongside each other, which is a real sign of success in my books.”

And with that, I have my eye on the next book that I want to explore. Someone book me a last-minute flight to Brooklyn!

Richmond International are recognised as a Hotel Designs recommended suppliers.