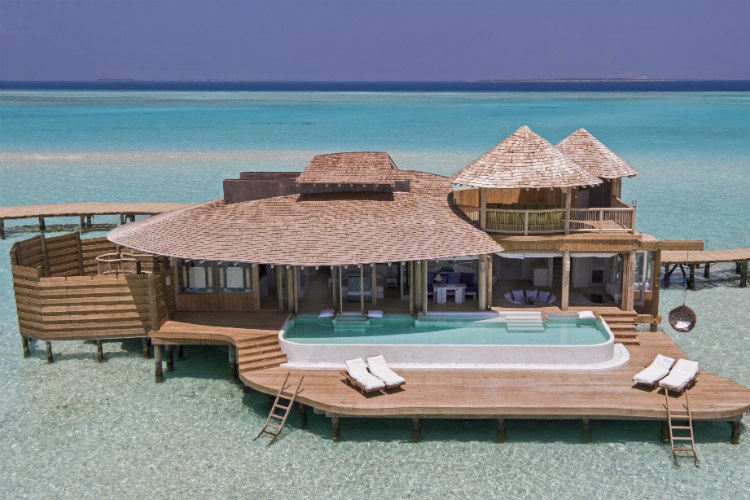 Soneva has revealed details of its Soneva Jani resort in the Maldives which is slated to open in October 2016. The brand’s newest luxury resort offering will comprise 24 water villas and one island villa, with additional island villas planned at a later stage.

Inspired by a word that means wisdom in Sanskrit, Soneva Jani is located on the island of Medhufaru, which is part of an uninhabited five-island cluster in the Noonu Atoll. The highlight of the resort is its location within a 5.6 kilometre lagoon of crystal clear waters with uninterrupted 360° views of the Indian Ocean.

Every water villa has a private pool and opens to its own stretch of lagoon, with some villas featuring slides going directly from the top deck into the lagoon below. The selling point of the villas is the retractable roof in the master bedroom, which slides back at the touch of a button so that guests can lie in bed and stargaze. 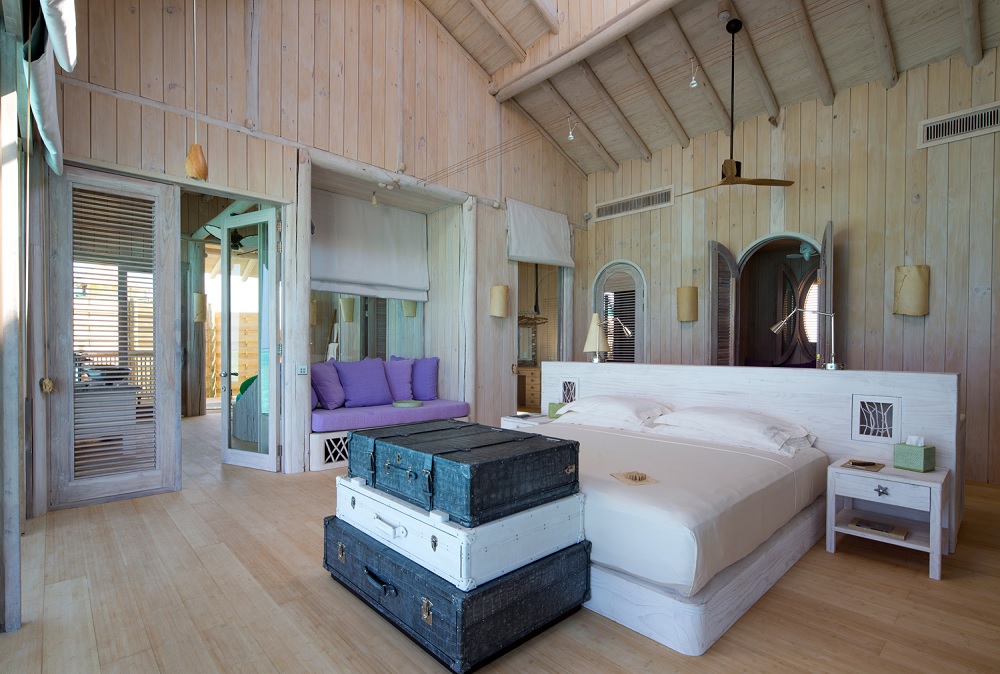 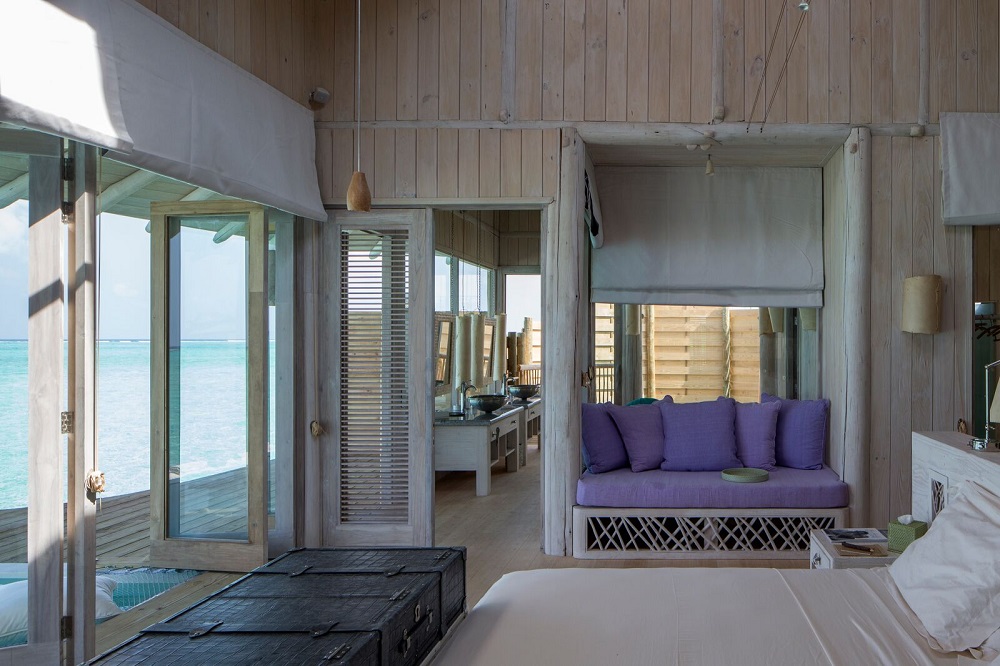 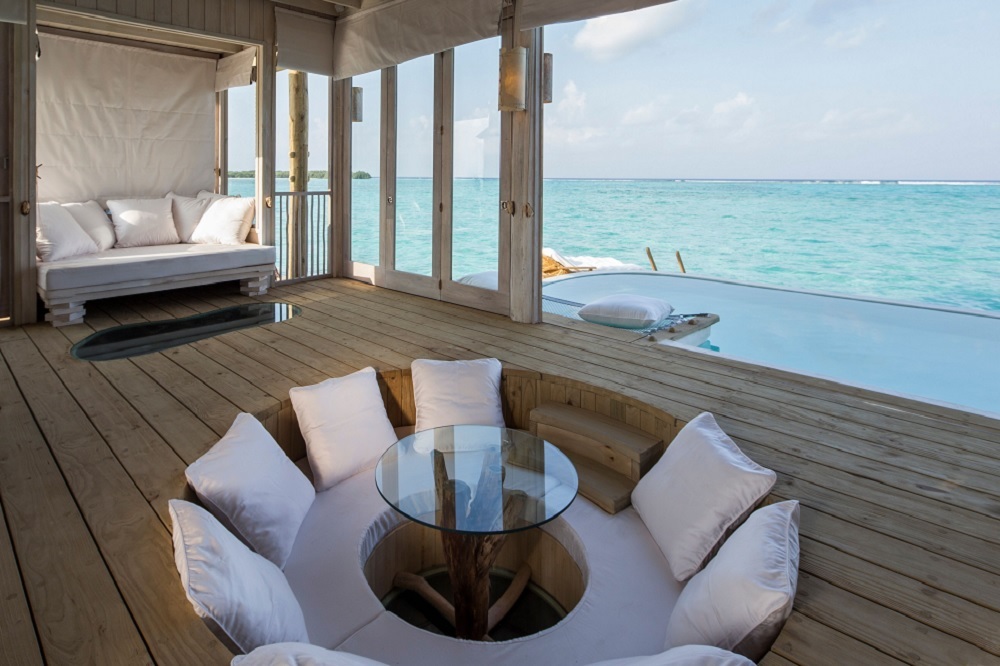 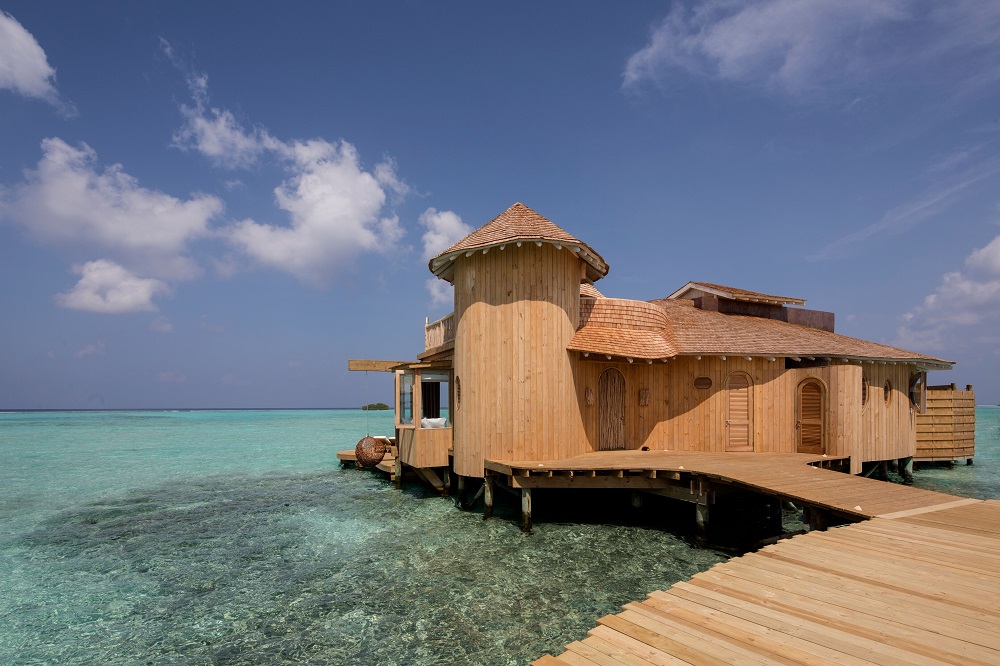 Like all other Soneva properties, the spacious villas feature beautifully designed interiors by Eva Shivdasani, one of Soneva’s co-founders, and are made from the highest quality sustainable materials.

In constructing the resort, Soneva kept its environmental impact as low as possible. The pools use seawater with UV filtration and the villas have been built over the sandy floors of the lagoon, with no damage to any part of the reef. Furthermore, solar PV will be a significant source of power generation at the resort, all waste-water will be collected and treated on-site, and water will also be produced on-site, including drinking water. Soneva’s Eco Centro Waste-to-Wealth centre will ensure that waste is recycled, while the extensive vegetable garden will give local produce for the restaurants based on organic principles.

The resort’s soft opening is planned for October 1, 2016, while the official opening date is fixed at November 5, 2016.
All photography courtesy of Richard Waite