Soho House to open in Amsterdam this Summer 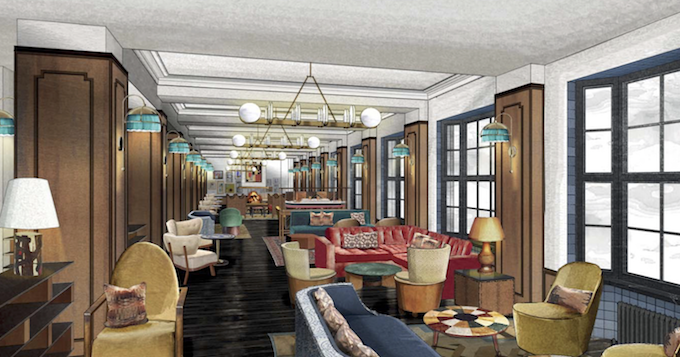 Following the coverted launch of White City Soho House, the hotel group Soho House has announced that it will open a 79-key property in Amsterdam’s The Bungehuis building this Summer.

Soho House Amsterdam will also include the brand’s much-loved signature rooftop pool, a floor of club space and a Cecconi’s restaurant and Cowshed spa on the ground floor. In addition, in true Amsterdam fashion, the property will also include 75 bike racks and a small workshop for repairs.

Originally built in the 1930s as a trading office, and later served as a university building in 70s, The Bungehuis is a six-storey ‘National’ monument which is characterised by varius expressive details such as bay windows on each side and Art Deco detailing throughout. Inside, the building features rustic architectural accents in bronze, stained glass, milk glass and tropical timber as well as glazed tiles of the ‘Porceleyne Fles’ in Delft.

The public area has comfortable seating and a big open fire, with the adjacent Library, which has its own bar and small workspace area.

On the other side, House Kitchen will serve food and drinks throughout the day, with a big open kitchen and deli counter. It will be fabricated in pinks and Hague blues, with banquette seating, lounge chairs and vintage tables and lamps.

A DJ booth next door will contain performances and members’ events on evenings and weekends and has its own lounge and bar, with green cork flooring and acoustic soundproofing in the walls.

The House Gym will be located on the fourth floor, overlooking the canal with state-of-the-art Technogym equipment, HIIT and yoga studios. The ceilings are painted in a high-gloss canal green, mirroring the view outside, and reflecting the resin cross pattern, the Amsterdam city symbol.

The 79 guestrooms are spread across three floors, all ranging in size from Tiny to Extra-Large. Each of the rooms house antique pieces mixed with specially designed furniture and rugs. The bed throws and fabrics are inspired by the original windows in the grand Bungehuis staircase, with tables, poufs and sofas designed by Soho House.

The Ground Floor of Soho House Amsterdam will be open to the public, with Cecconi – a modern day classic Italian restaurant, a Cowshed spa and private hire rooms.

Soho House, which launched its first private members’ club to the world in 1995,  is now 12 properties large. The group’s plan remains strong to continues to have a major focus on expanding its program to find unique locations, bringing film, media and creative industries together under one roof. With Amsterdam launching and Barcelona to come, that plan is most certainly in motion.