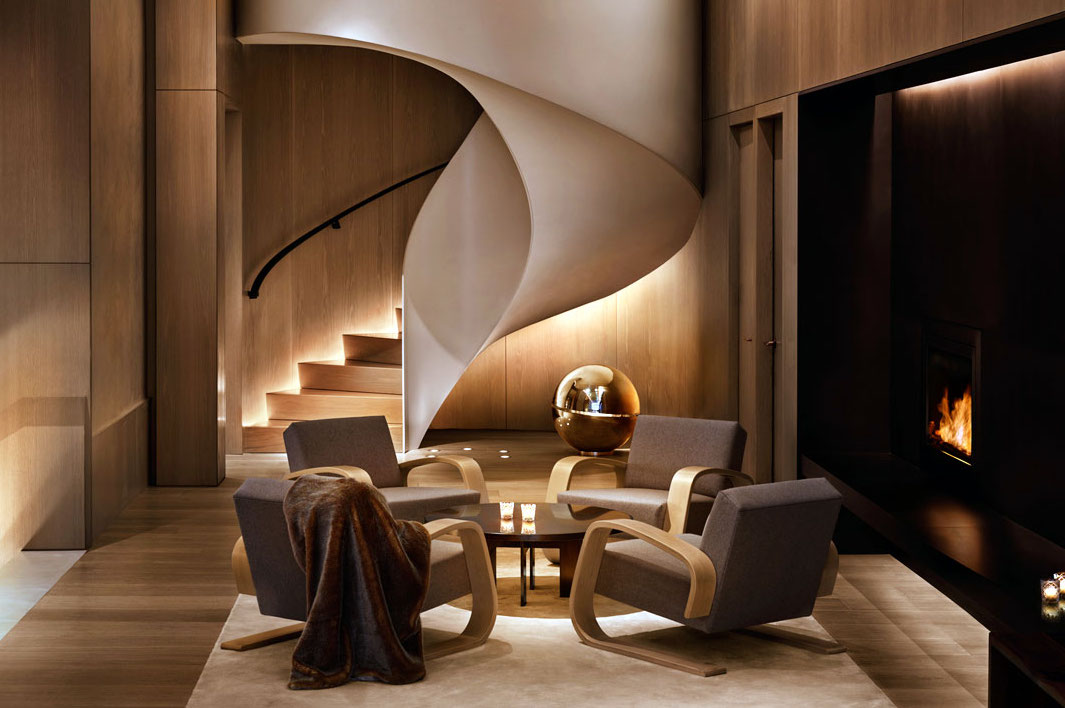 All month, Hotel Designs is shining the spotlight on Soft Furnishings, Fabrics and Textiles. Here are some five-star examples of hotels that nailed their soft furnishings first time around…

Getting the finer details in the soft furnishings right when it comes to creating an iconic design hotel is vital if you want your guests checking in to your hotel to linger for longer. From small, charming hotels in the country to extravagant palatial buildings, here are top examples of hotels that our editorial team believe got it right first time around. 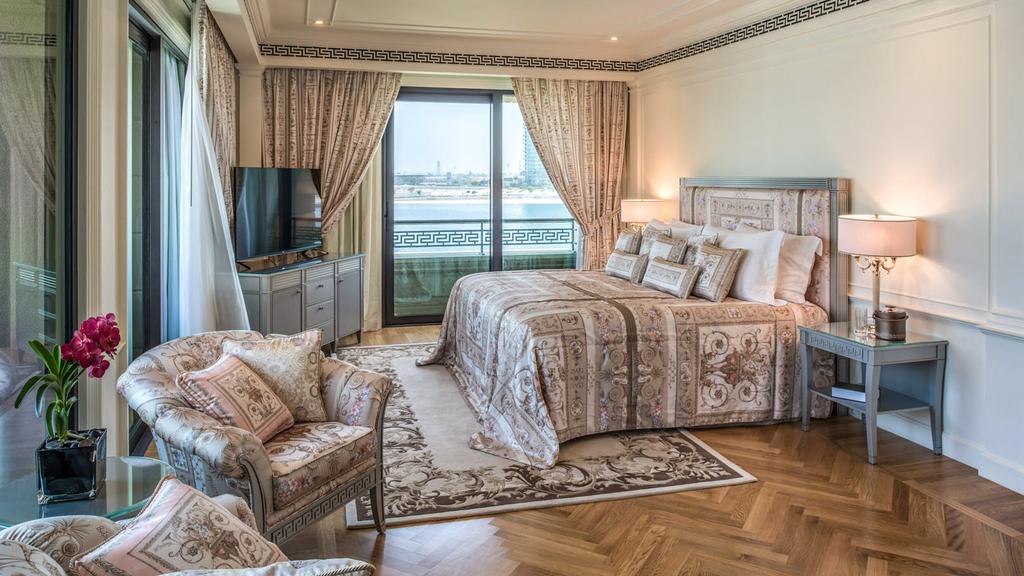 The hotel that originally planned to open the world’s first refrigerated beach (that’s right, that record is yet to be claimed) blended together the best of hotel design and the catwalk. Here, Donatella Versace and her team injected bling into the guest rooms without even having to use gold. The interiors of this hotel opened to be as timeless as the fashion brand itself! 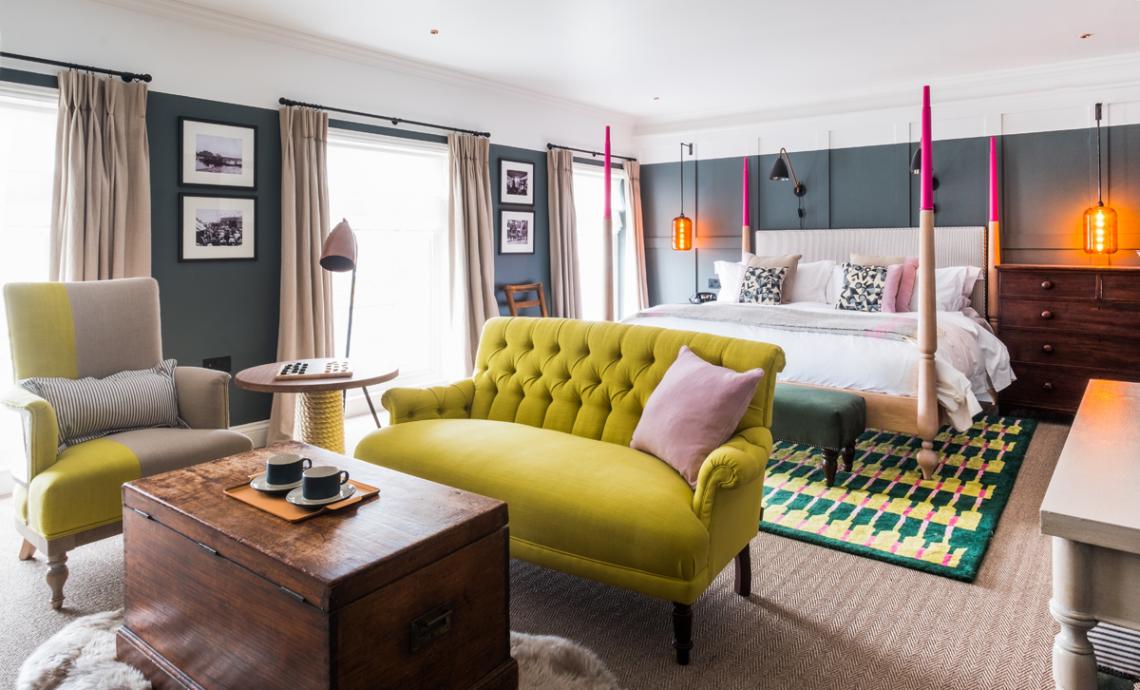 The Swan Hotel has occupied its current site in the renowned Suffolk coastal town since the 17th Century. Ale has also been brewed on site for more than 650 years and is now the heart of Adnams coastal campus brewery and distillery. The brief for Project Orange was to recreate The Swan as the jewel in the Adnams crown, as the gateway to the brewery complex and as a premium coastal hotel with a vibrant food and drink offer. The Adnams brand and core values are to be at the heart of the new proposals. Project Orange took risks from start the finish in the interior design of the hotel. The result, a highly modern, yet comfortable, hotel that projects the building’s buzzing personality, with the occasional welcome surprise – just look at those bed posts!

In 2015, HBA London completed the interiors of a hotel that went on to completely challenge and change hotel airports forever. No longer was the hotel airport and resting place at a landing strip on the fringes of a city. Lead designer at the time Constantina Tsoutsikou used its iconic location when imagining the interiors. In the oversized atrium, for example, the furniture if viewed from above is designed to replicate an areal point of view of the city, the same perspective that guests would have coming into land at the airport. Genius! 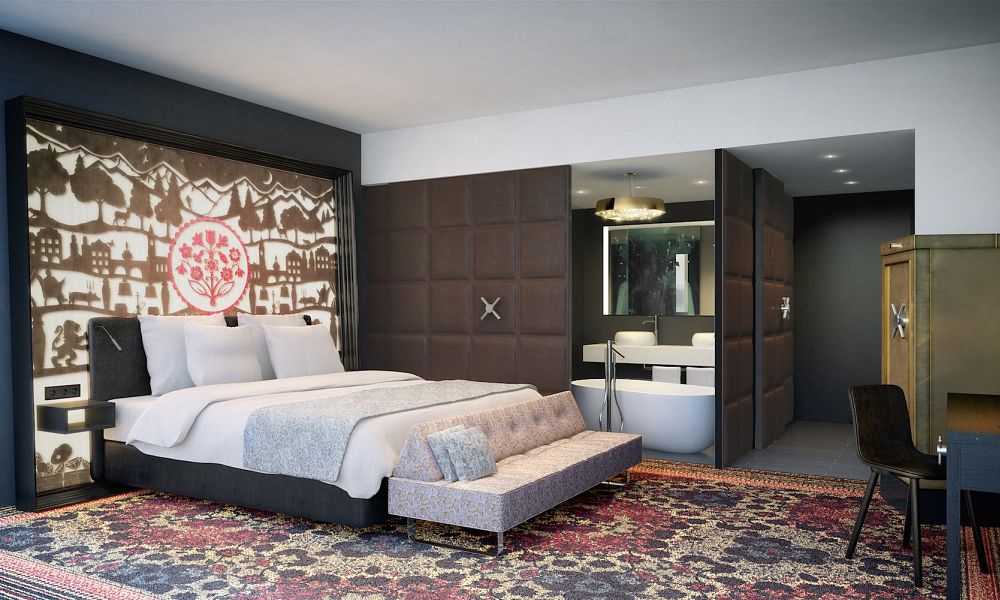 When designing a ‘chocolate suite’, it’s difficult not to become cliche. However, the Kameha Grand Zurich, with its clever interiors, boldly fuses together a playful luxury pad that’s always in the heart of the action. 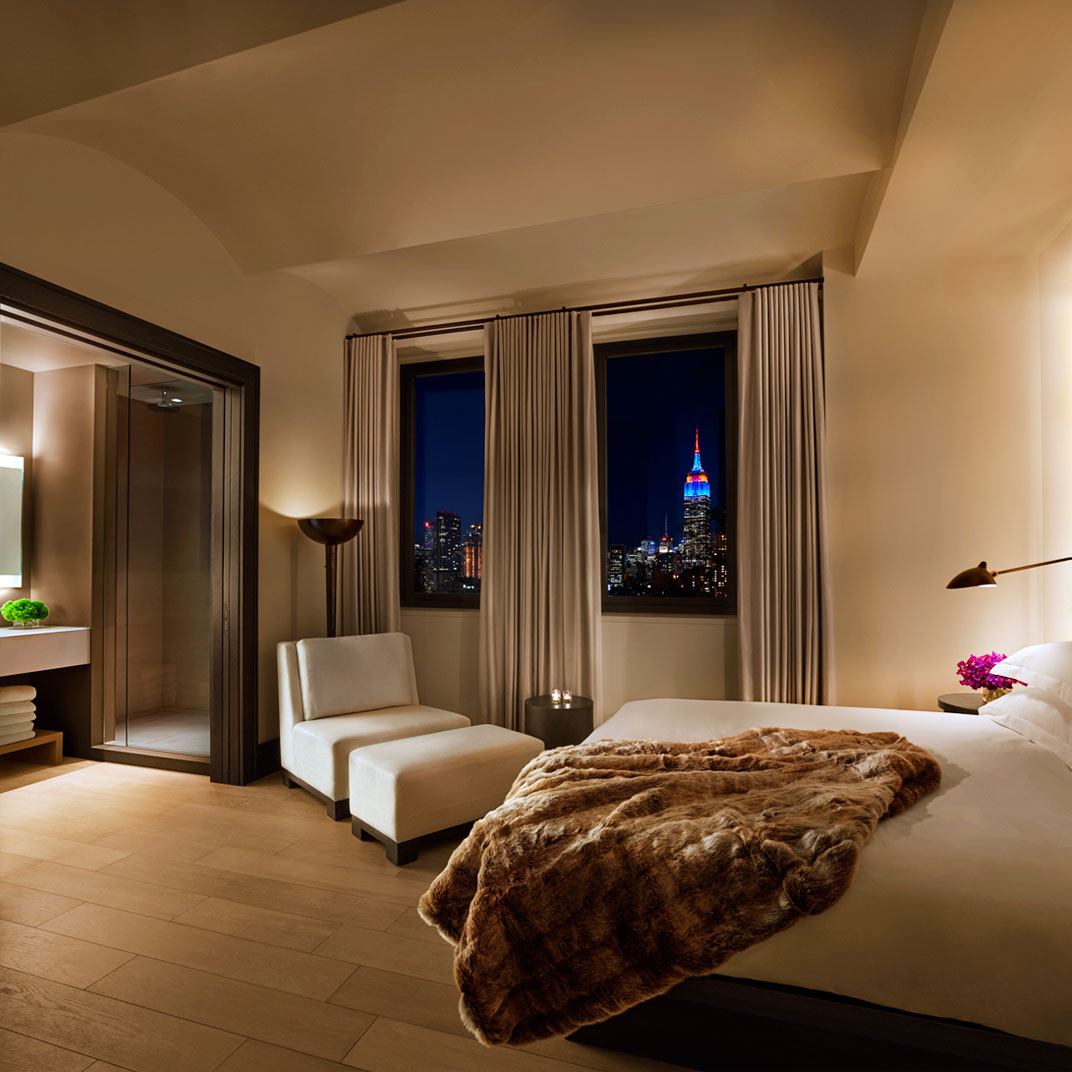 Everyone’s favourite home-from-home in the city that doesn’t sleep, the New York Edition’s signature style was created by Ian Schrager. With a further eight openings this year alone, the edition brand, under the creative direction of Schrager, is arguably taking over and redefining the luxury market, one hotel at a time! “All of the Edition hotels are unique, original and one of a kind, embedded with a sense of time and place,” said Schrager.