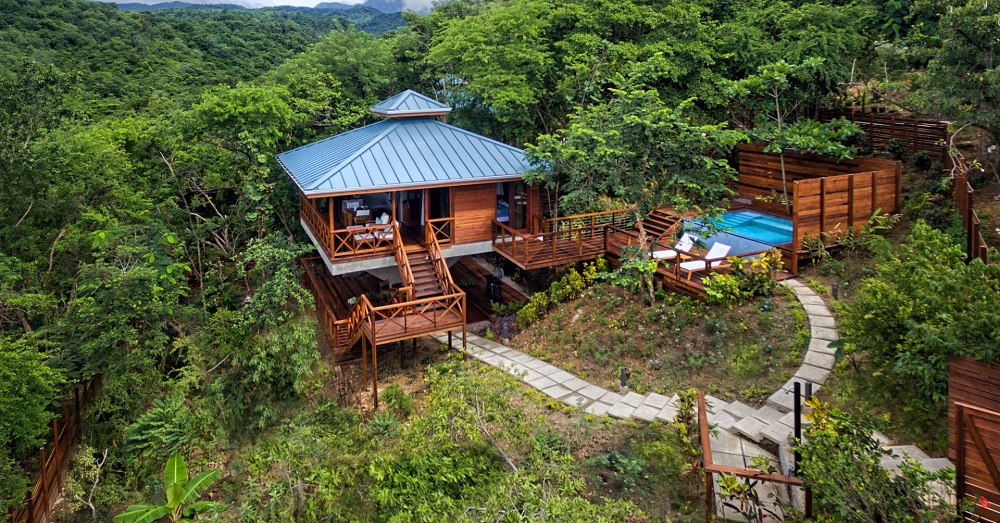 The new guest accommodations, described as a “bower of bliss” or “magical tree house escape,” are an architectural accomplishment — standing up on a single “stem,” or one, primary support.

The nearly 1,600 square foot villas feature one bed and bath, two decks, an elevated pool directly accessible from the bedroom, an outdoor shower, a barbecue and a hammock sofa—the ideal setting for an unforgettable retreat. 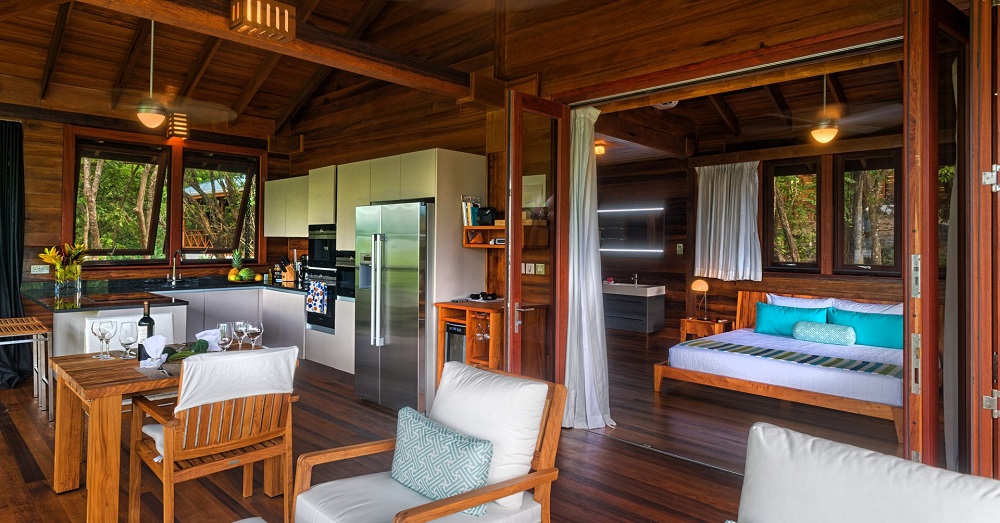 The villas are thoughtfully named “Ylang Ylang” because their exterior shape is inspired by the eponymously named legendary flower, one that first originated in Indonesia, yet these days can be found growing around Dominica. Best known for its aroma – the plant’s essential oils are extracted to make some of the world’s most sensuous perfumes including Chanel No. 5 – it’s said to have a calming effect, reducing blood pressure and aiding in relaxation. Shrouded in mystery, either meaning ‘wilderness’ or ‘rare,’ few plants better capture the essence of Secret Bay than the Ylang Ylang.

With the addition of these two new villas, Secret Bay now features a total of eight secluded and sustainable villas and bungalows that are nestled in nature and positioned on a breathtaking clifftop overlooking the Caribbean Sea. 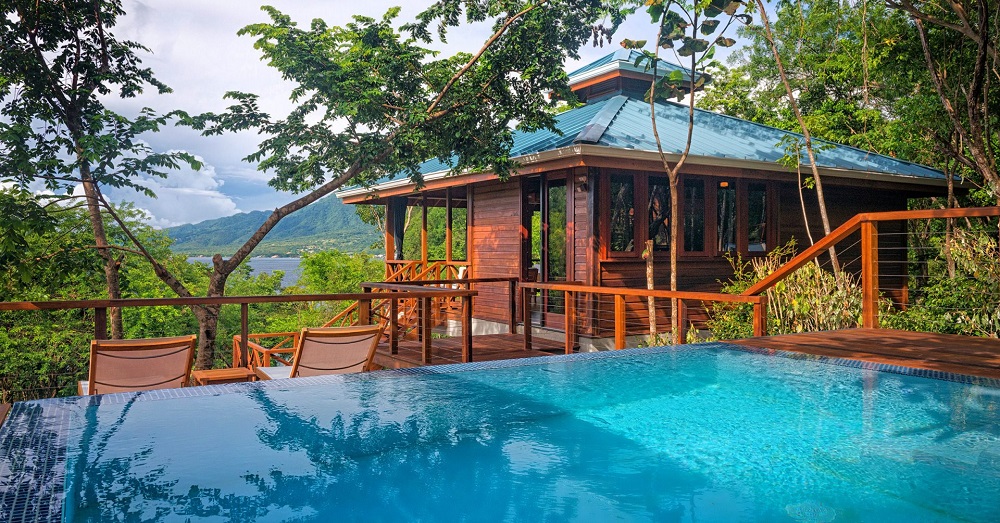