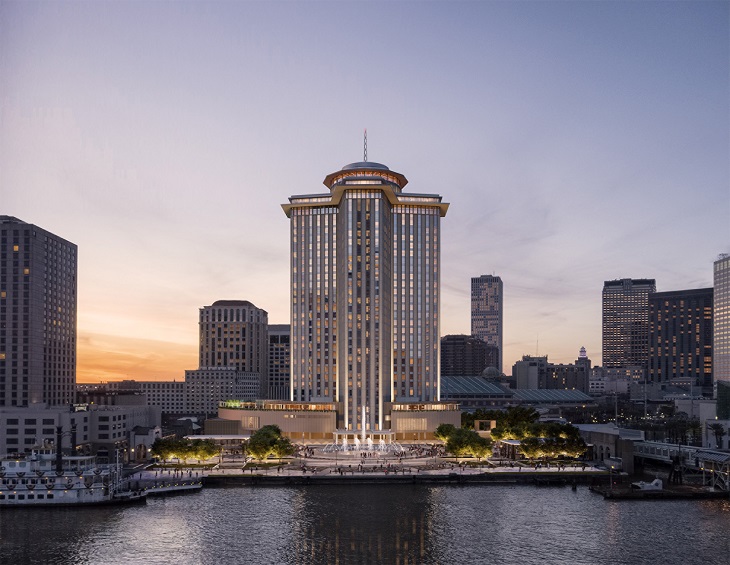 Four Seasons Hotel New Orleans has opened its doors, inside one of the city’s most iconic  buildings, and has been designed to celebrate New Orlean’s spirit of ‘survival’ and ‘rebirth’. Melania Guarda Ceccoli explores…

Four Seasons Hotel New Orleans finally welcomes its guests to the iconic 34-storey tower, originally built in 1968 to celebrate the 250th anniversary of the city’s founding. Designed by legendary modernist architect Edward Durell Stone, the building was originally the World Trade Centre and the International Trade Mart. Now recognised on the National Register of Historic Places, this historic tower has been painstakingly restored and upgraded to become a five-star hotel, celebrating the city’s spirit of survival and rebirth.

“New Orleans has been a priority market for us for many years, and we have been waiting for the right opportunity to make our debut in this dynamic city,” says John Davison, President and CEO, Four Seasons Hotels and Resorts. “We are in a solid position to enter the market with our exceptional partners at Carpenter & Company, in the best location in the city, and by offering an unmatched level of service that only Four Seasons can deliver. The new Hotel and Private Residences will be a genuinely standout property in the city and our global portfolio.”

The New Orleans experience begins at Chandelier Bar, located off the hotel’s lobby and onto a garden patio. The bar sits beneath a 15,000-piece light and glass installation, and provides a glamourous welcome, with live music offered year-round, showcasing local talent. The impressive chandelier, designed by Preciosa, is made up from a glittering 15,000 glass trimmings of round, pendeloque and almond-shaped crystals. This statement chandelier which defines the lobby space, is four metres in height, and features Bohemian crystals from Crystal Valley in the Czech Republic. 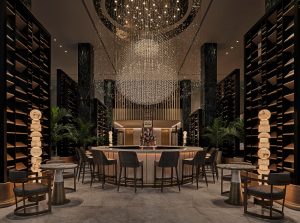 Complementing the world-class design throughout the Hotel is a carefully-curated art collection featuring local artists, and those inspired by the city. The collection exhibited at the Chandelier Bar and throughout the lobby level, has been curated by Kate Chertavian Fine Art, and includes Louisiana based artist George Dunbar’s clay and gold leaf panels, and New York-based artist Leonardo Drew’s relief works on paper. Immediately, visitors are confronted with a visual conversation between local and international artists, as both artists use earth tones and metallic details with an evident influence from the natural world. Leonardo Drew’s paper pulp prints are rich with abstraction, texture, and relief, while George Dunbar achieves a similar effect in his beautiful clay and gold leaf panels.

The well-known local artist Dawn Dedeaux’s Water Markers New Orleans: A City Below the Sea, leans against the wall in the elevator lobby. These acrylic sculptures are based on the devastating post-Katrina floods of 2005 and represent an actual floodwater level declared by New Orleans homeowners, sharing this recent history visually and elegantly. 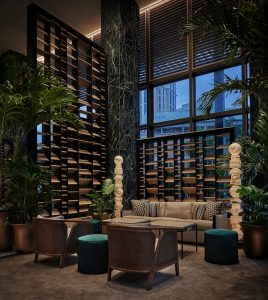 The celebration of New Orleans extends further into Miss River, a “love letter to Louisiana” presented by acclaimed New Orleans Chef Alon Shaya on the lobby level. The ingredient-driven menu offers fresh takes on New Orleans classics with bold and familiar flavours, along with impeccable preparation. Also opening this autumn, award-winning chef, Donald Link, is honouring his Louisiana heritage in his newest concept, Chemin a la Mer. Exemplifying its meaning, pathway to the sea, the enticing menu of steaks and seafood is a perfect combination of local fare executed with French techniques, set against panoramic views of the Mississippi. Not to be missed is the excellent oyster bar, a New Orleans tradition taken in exciting new directions under Chef Link’s expert eye. 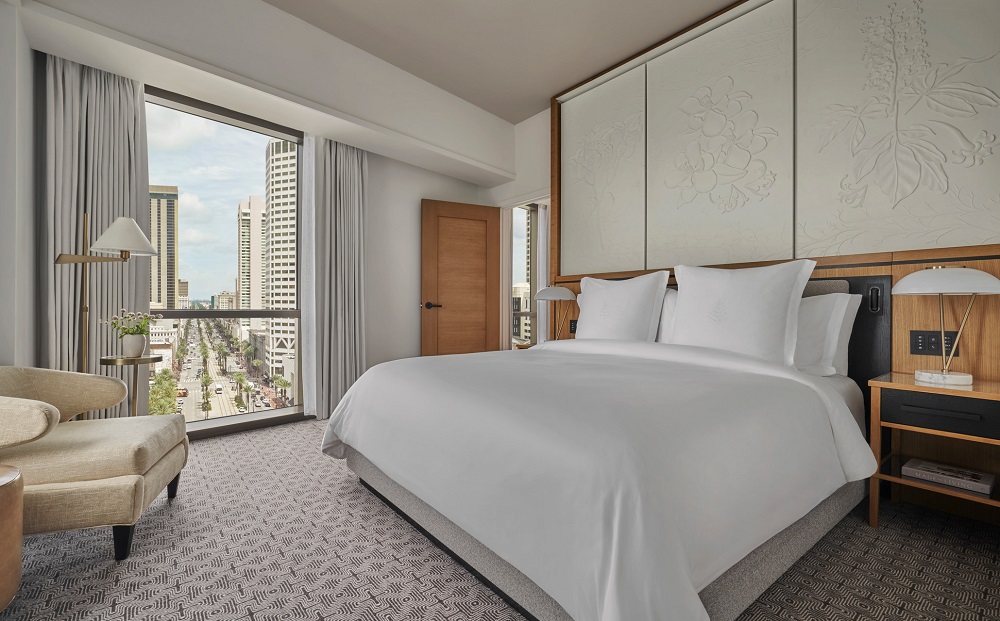 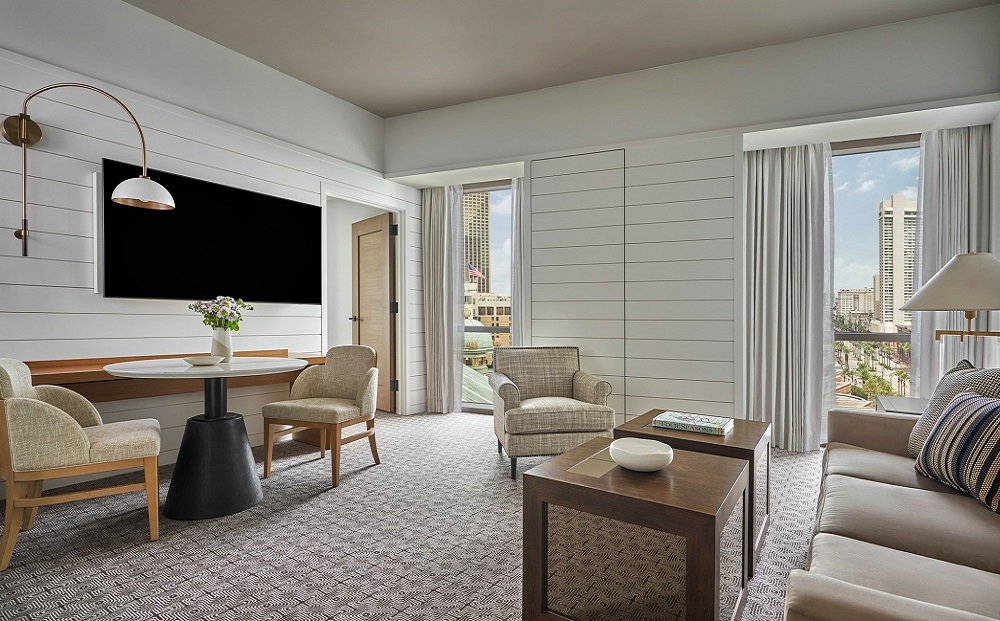 With a total of 341 beautifully appointed guestrooms and suites designed by Bill Rooney Studio, the hotel is able to offer accommodation options suited to each guest’s purpose in the city. Rooms have a light, and airy feel, with a palette of clean whites and pale greys, accentuated with white-washed oak furnishings, textured fabrics and wall treatments and, above every bed, a striking tri-panel plaster relief depicting South’s signature scent, the magnolia.

This autumn, the hotel will open its crescent-shaped rooftop swimming pool surrounded by inviting lounge chairs, four private cabanas and of course, incomparable Mississippi River views. There will also be a fitness centre conceived by Harley Pasternak, and The Spa, where Spa Director Toni Sullivan’s team of highly trained therapists will customise treatments to get guests looking and feeling good.