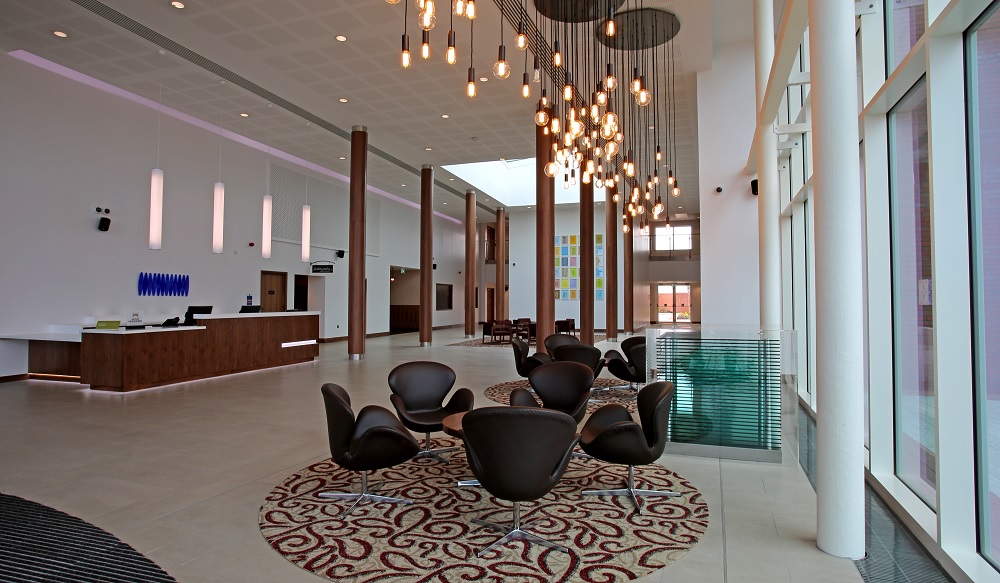 Visitors from around the world are being offered a unique insight into Northern England’s industrial heritage at a new, contemporary hotel.

The Hilton Garden Inn, Sunderland, adjacent to the city’s Stadium of Light, is the first of its kind to open between Birmingham and Glasgow and one of only a handful currently operating across the UK.

While adhering to the brand’s exacting standards, this state-of-the-art property also incorporates a number of personalised references honouring Sunderland’s proud industrial past. This includes four large bedroom suites, designed for family or long term stays, as well as three meeting rooms and a destination restaurant, all named with a nod to the city’s former prominence in mining and shipbuilding. 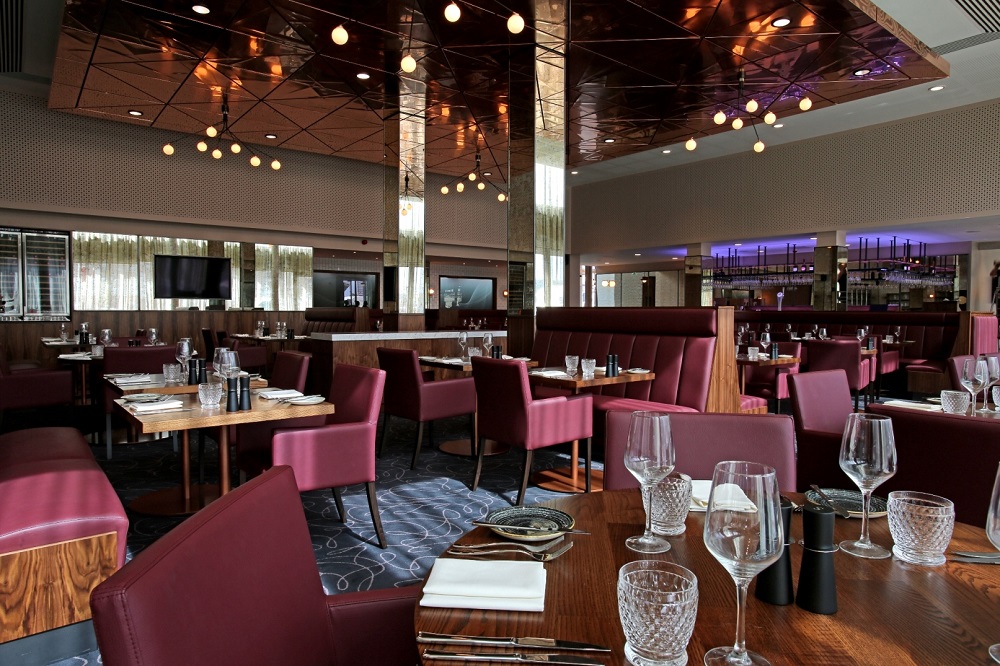 The hotel’s largest multi-function meeting room, which can accommodate up to 50 delegates for a corporate function, is named after Wearside’s most famous shipyard, The Laing, which traded for more than 300 years.

It’s slightly smaller counterparts, The Menville and The Doxford, were named after the first recorded ship builder in Sunderland, Thomas Menville, and one of the city’s most successful ship builders, William Doxford, who won the blue ribbon for the world’s highest production rate in both 1904 and 1907. 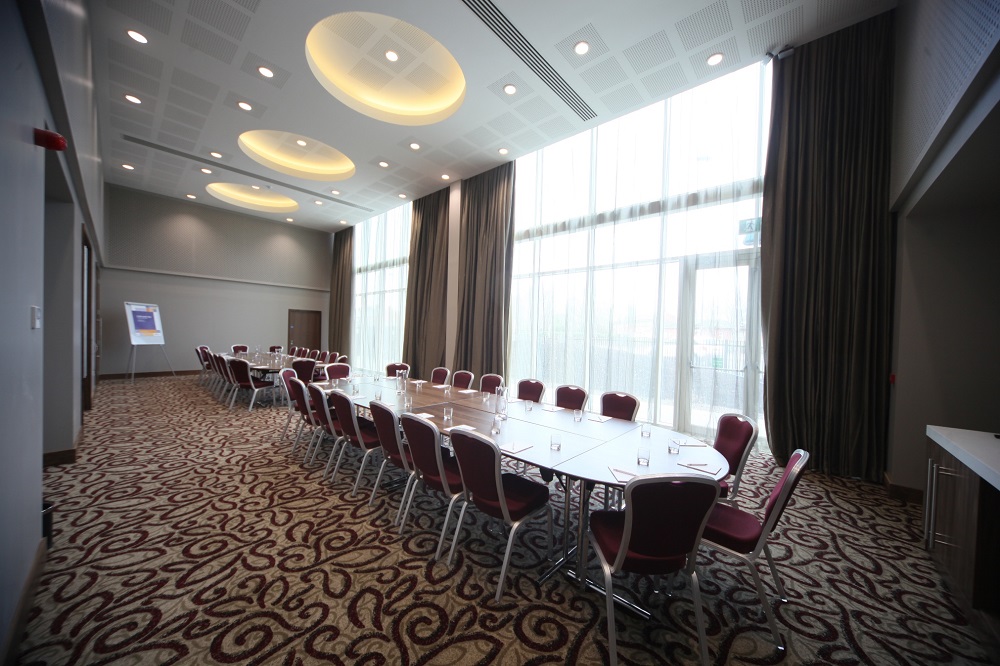 This includes the Andhorina Suite, named after the largest sailing ship ever built on the nearby River Wear and the Marguerita Suite, named after the last tall ship to be built in the region in 1893. The two remaining suites, which are among 141 bedrooms in the hotel overall, pay homage to Sunderland’s coal mining heritage, with tributes to the original colliery on which the hotel is built – Pemberton – as well as the ancestral home of the Lambton family, where coal was originally extracted. 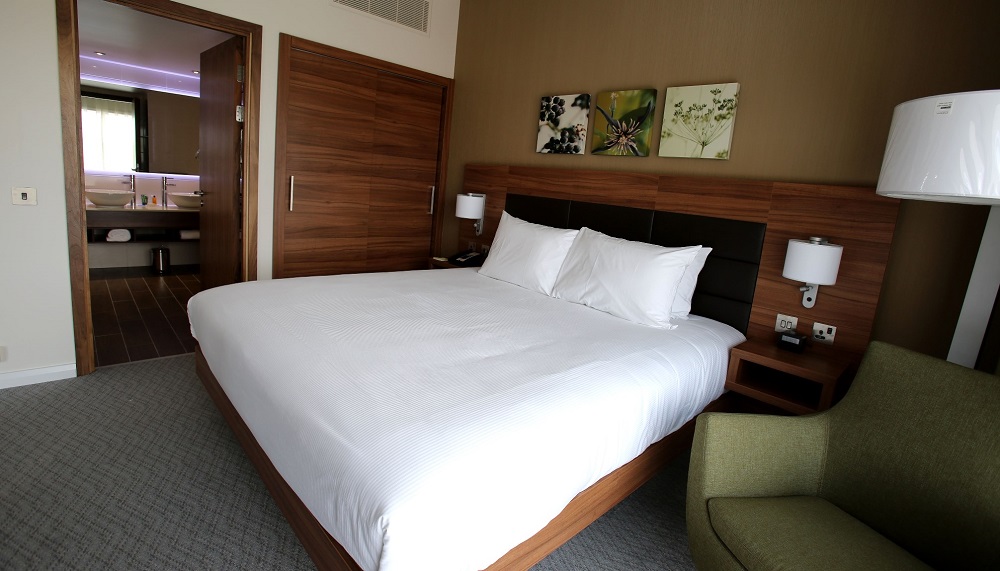 A bedroom in one of the industrially- named suites

An indication of the significant role coal mining once played in the area can also be found in the Hilton Garden Inn’s destination restaurant, the Karbon Grill Kitchen and Bar, which specialises in BBQ style, Pan-American cuisine and was creatively named to reflect this history. Kim Kelso, General Manager for the Hilton Garden Inn, Sunderland, said: “Sunderland has a long and proud industrial heritage and we wanted to pay tribute to that within the new Hilton Garden Inn.

“Not only have we named several suites and our restaurant after key figures in shipbuilding and coal mining, but we’ve also commissioned specialist artwork from National Glass Centre as a tribute to the city’s expertise in glass manufacturing. We hope that visitors from around the world will make the most of their visit to this very modern, state-of-the-art hotel and enjoy learning a little more about the city’s history at the same time.”