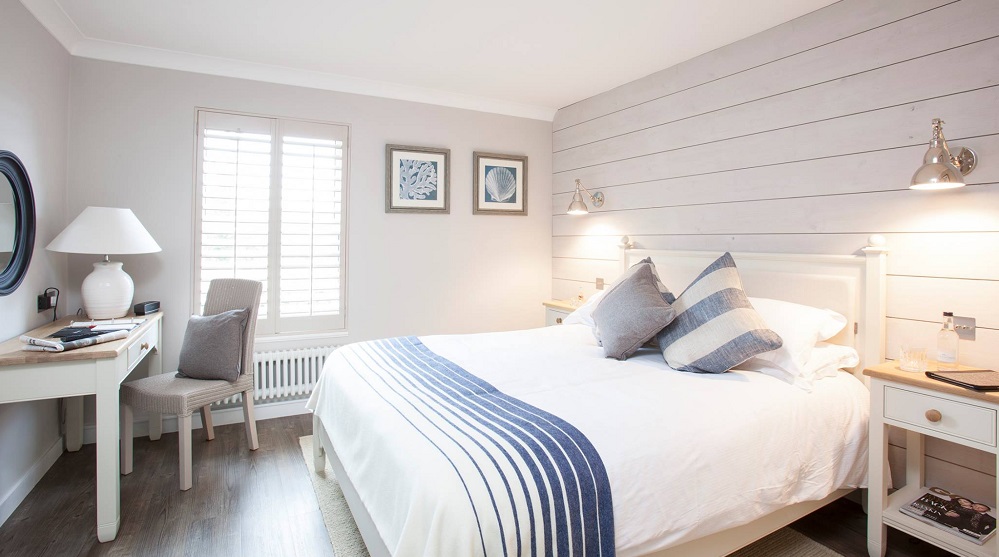 The Master Builder’s at Buckler’s Hard Hotel in the New Forest has revealed the results of its major renovation works completed earlier this month.

Part of the Hillbrooke Hotels luxury group, Master Builder’s at Buckler’s Hard Hotel has seen nine of the bedrooms in its ‘Henry Adams’ wing — the ‘Master Builder’ namesake of the hotel – undergo a coastal-inspired refurbishment since January.

The hotel’s restaurant – the Yachtsman’s Bar & Garden – also received a significant makeover, with the new space offering dedicated table service. In addition to this, the garden, which overlooks the Beaulieu River, has been re-landscaped.

Group director Paul Brown comments: “Planned works started in January 2016, we’ve invested considerably concentrating on a much needed redesign of the rooms in our Henry Adams wing, taking them beyond the standard you’d expect when staying in AA three-star accommodation.

“We’ve totally redesigned each room giving them an entire new look and feel, clean, crisp and well-designed for everyday needs. The newly refurbished Yachtsman’s Bar and Garden is something we’ve wanted to invest in for some time, linked to our customer’s needs. All areas have been redecorated and we now offer a dedicated table service. This new system, along with an entirely new food offering, will ensure visitors won’t have to queue to order, they can instead take a seat, eat, drink, relax and enjoy the views from their tables. With lots of boats mooring on the river we’ve also introduced a takeaway service to cater for those who may want this as an option too.”