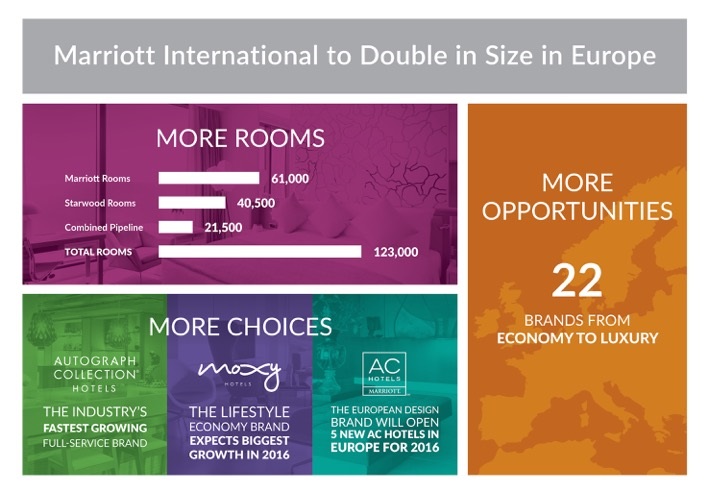 Marriott International in Europe announced on Tuesday that it will double in size once its parent company completes its acquisition of Starwood Hotels & Resorts Worldwide is complete.

“It’s been an extraordinary time for Marriott,” says Amy McPherson, president and managing director, Marriott International, Europe. “We signed over 10,000 new rooms in 2015 for the first time in our history, doubling in size since 2010. Added to this unprecedented growth was the announcement of our Starwood acquisition which is expected to close in mid-2016. Our momentum is incredible.”

Marriott’s Autograph Collection is also set to open four hotels in 2016 including two Roomers hotels in Germany. AC Hotels, the urban European design hotel brand, which has recently been introduced to the US to positive reviews, is expected to open 22 hotels globally and will launch in the UK for the first time in Manchester and Birmingham later this year.