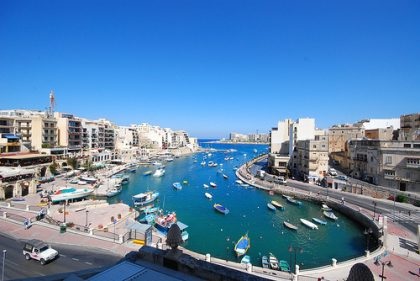 The Malta Tourism Authority has announced that 2018 will see the launch of the Malta Marriott Hotel and Spa, following a rebrand of the current Le Méridien property.

Originally built on the grounds of a 19th century Maltese villa, the property’s unique location, just around the corner from the vibrant nightlife of St Julian’s bay offers both the tranquillity of Balluta Bay and the proximity of St Julian’s lively atmosphere.

While Le Méridien is already classified as a five-star hotel, the redevelopment will see the hotel upgraded and refurbished with additional executive suites as well as the possibility of two additional floors.

The hotel currently has 276 rooms and suites, 14 board rooms, and 1,800 square feet of meeting space. With a meeting capacity of up to 650 guests, the hotel has always been a popular choice for corporate travel and meetings and incentive groups, as well as leisure travellers.

Peter Vella, MTA’s UK and Ireland Director says “The redevelopment and rebranding of the iconic Le Méridien hotel in St Julian’s to the hugely popular Marriott concept is very exciting, bringing another five-star brand to our shores and adding to the already exceptional range of hotels that we are able to offer travellers and conference organisers in Malta.”

The existing property will close for refurbishment at the end of 2017 before opening its doors as the Malta Marriott Hotel and Spa in 2018.