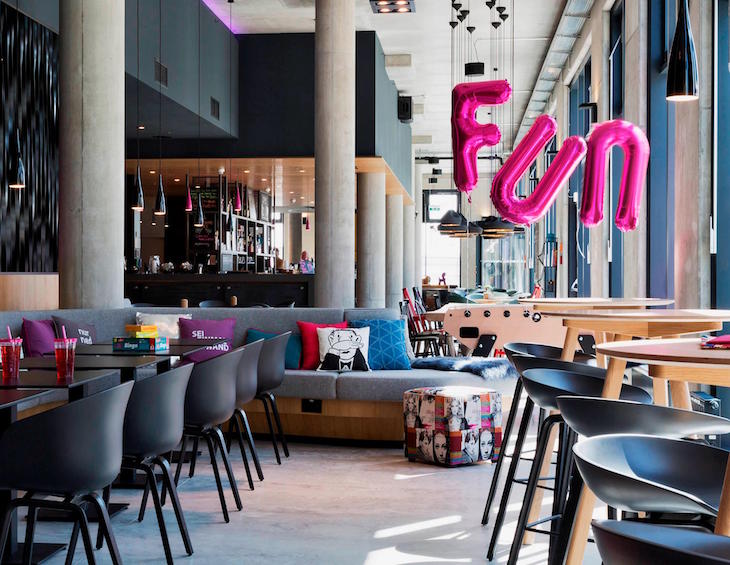 Just when we thought Dubai’s skyline couldn’t contain any more hotels, Marriott International drops the news that it will open a 320-key Moxy hotel in Dubai, which will mark the brand’s entrance into the Middle East…

The news breaks weeks after the Moxy brand landed its third hotel in Japan. Marriott International announced it has signed an agreement with Ingenious Holding Limited to debut the company’s bold and experiential brand in the Middle East.

“We are excited to work with Ingenious Holding Limited to open the first Moxy Hotel in the region,” said Jerome Briet, Chief Development Officer, Middle East and Africa, Marriott International. “The introduction of Moxy continues to reinforce the demand we are seeing for affordable accommodation across the Middle East, without compromising on style. With its playful personality and stylish setting, Moxy will be a great fit for a vibrant and dynamic destination like Dubai.”

Although there are no official images that have been released yet, here’s what we do know:

Moxy Hotels are designed to reimagine the hotel scene, offering guests unexpected, playful extras and affordability without compromising on style. Moxy Downtown Dubai will encompass the signatures of the brand such as its energetic lobby where guests are met by the welcoming crew, its smart and fun self-service B&F concept and its kinetic Living Room space for day to night gatherings.