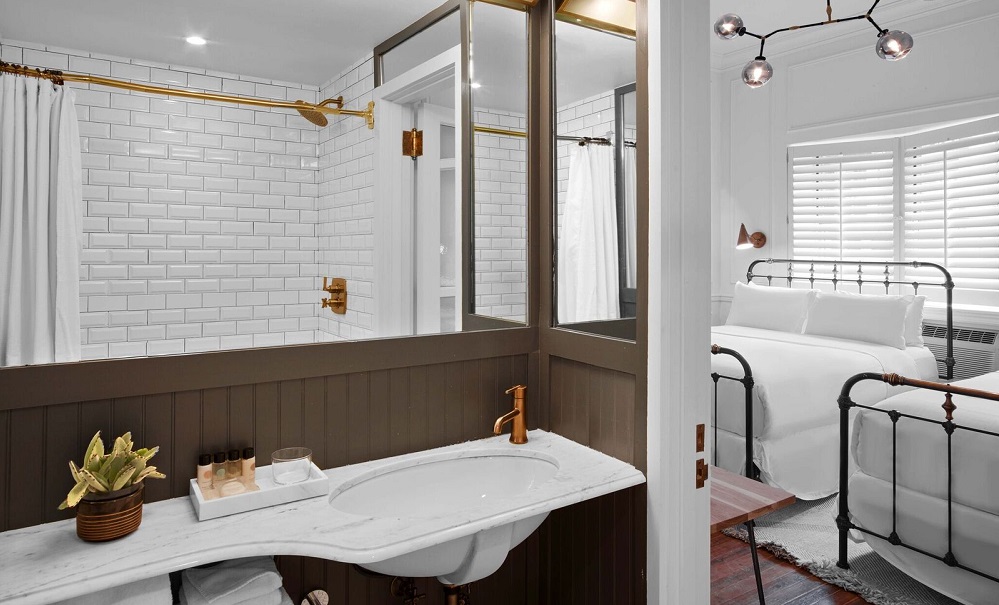 The doors are officially open at the first-ever Life Hotel in Manhattan’s burgeoning NoMad neighbourhood.

Located at 19 West 31st Street (between Broadway and Fifth Avenue) in the original building that once housed LIFE magazine, the hotel echoes the original dual-use of this iconic property where celebrated writers and artists like Norman Rockwell, Charles Gibson, and John Ames Mitchell worked, resided, and played. By offering a smartly priced and wholly service-centric experience, Life Hotel is introducing a new category of hotel for today’s traveler, blurring the lines between work and play. 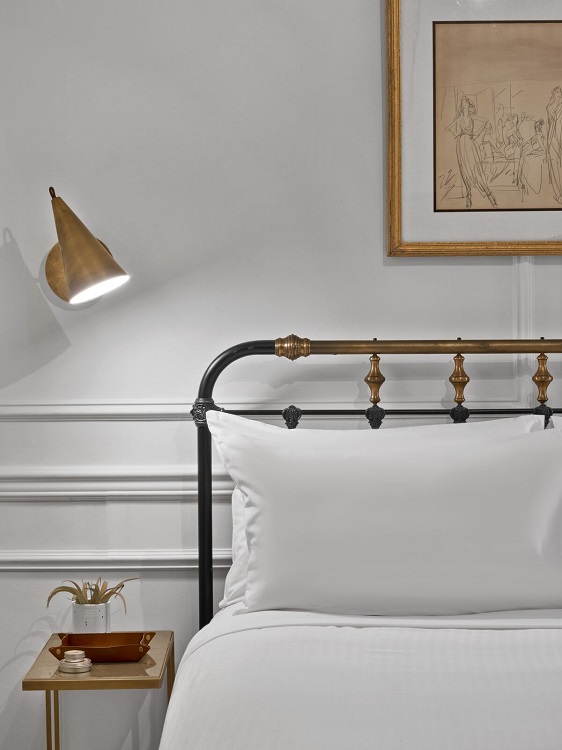 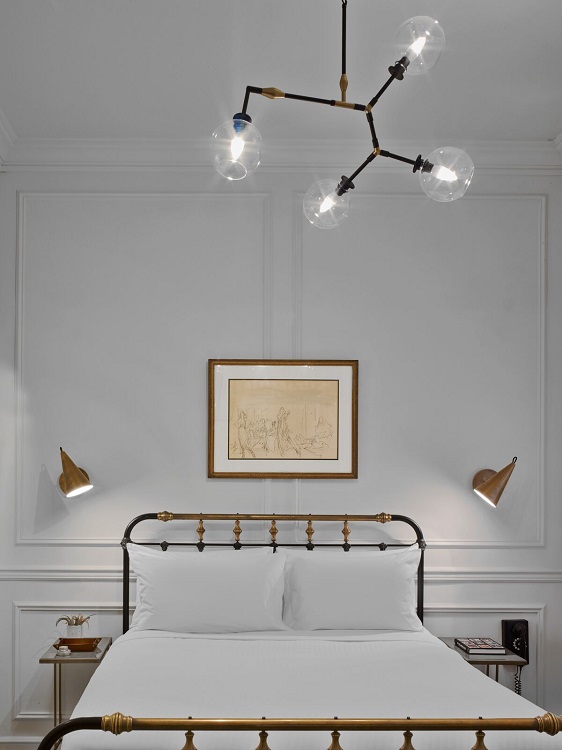 “The journey we’ve taken from first stepping foot into this building to opening day has been one of passion and discovery; it has been an archeological dig from day one,” says Mitchell. “There is so much history behind these walls that we were keen to keep in tact while creating a hotel that goes far beyond the typical.” 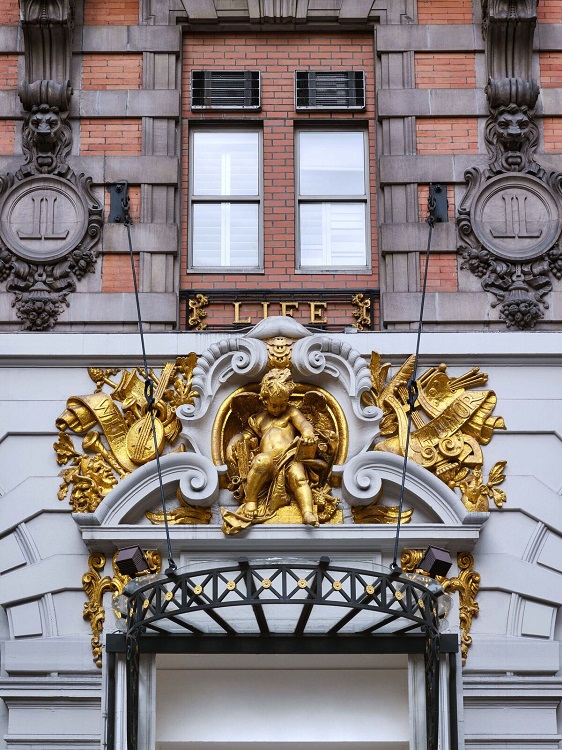 Hanson adds: “The Life brand is all about four-star service at a smart and accessible price. You’ll feel that personal touch and value from the moment you walk into the lobby – the buzz and excitement of people working from our communal tables, enjoying a cocktail at the bar or a bite in the restaurant will be enough to convince you that you’re not in an average hotel. And just wait until you experience a night in one of our guest rooms.”

Commissioned by Carrère and Hastings (New York Public Library) in 1895, the building has been transformed by designer and BR Guest alumna Tara Oxley, who peeled away the layers of 122 years of mixed use to reveal architectural details in everything from wood moldings to original marble flooring. 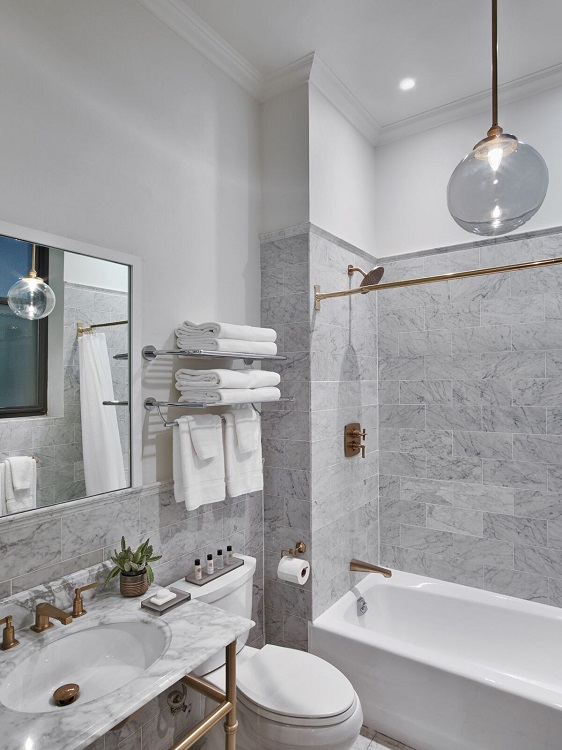 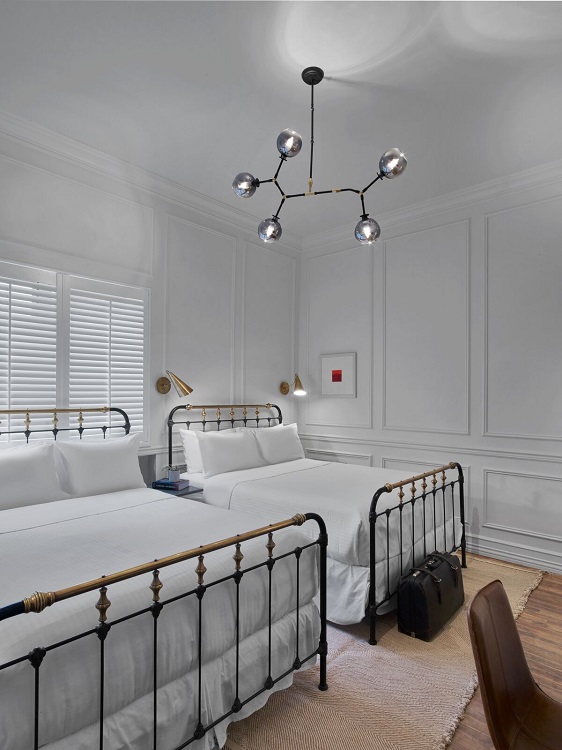 Inspired by the infrastructure and craftsmanship, Oxley created a warm, inviting environment that complements the original architecture juxtaposing traditional and contemporary design. The rooms themselves, of which there are 98, feature high ceilings, wood floors with exposed concrete, airy white walls and original molding. Mitchell and Hanson are avid art collectors and they have tapped a number of young NYC artists to create nearly 200 pieces of original art for the guest rooms and will feature Australian fine art photographer Steven Laxton throughout the corridors of the hotel. These works will be part of a larger initiative to offer a curated artistic experience that is constantly being reimagined to reflect new and upcoming talent. 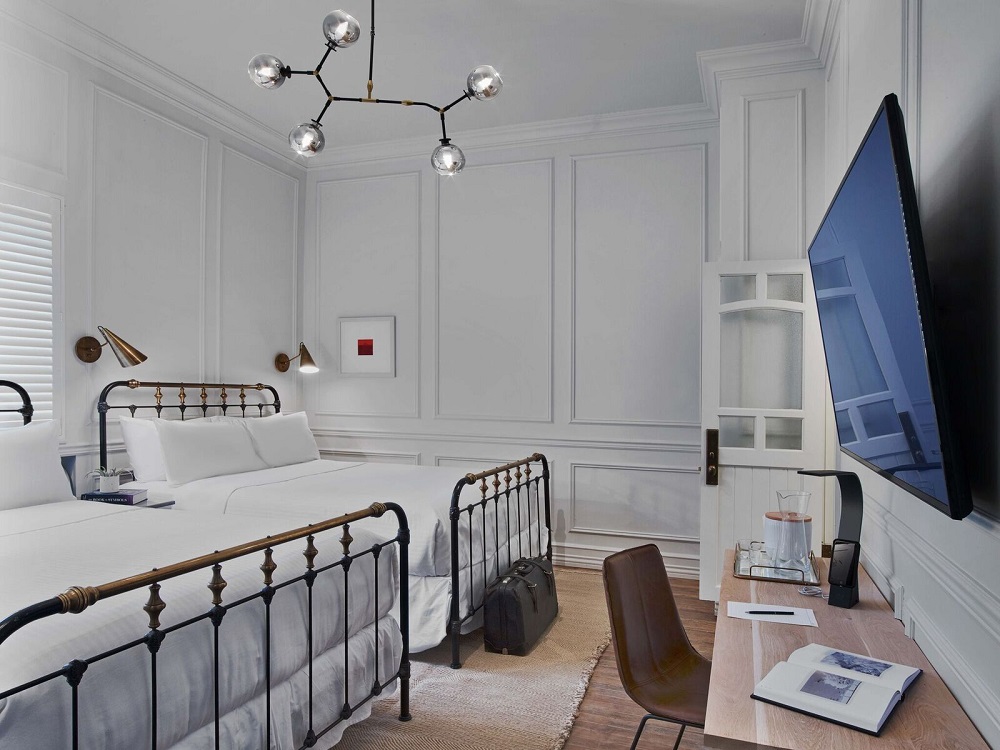 Life Hotel features a lobby bar and lounge outfitted with a variety of comfortable seating for approximately 40 people, encouraging guests and locals alike to work, chat and imbibe at their leisure. The 18-seat stone bar will initially be open for hotel guests only serving wine, beer and light bites in the afternoons and evenings and acting as the continental breakfast nook for guests in the morning. Soon after launch, the lobby bar will be open to the public (with a full bar), and Hanson will open Life Restaurant on the ground floor with NYC chef and BR Guest alumnus Chef Michael Vignola (previously of Strip House, Aquavit, and The Modern) at the helm. Additionally, a forthcoming basement bar will highlight the space’s rich history as it is rumored to have once been used as a speakeasy by LIFE staffers during prohibition.