In Conversation With: Harriet Forde, the up-coming President of the BIID 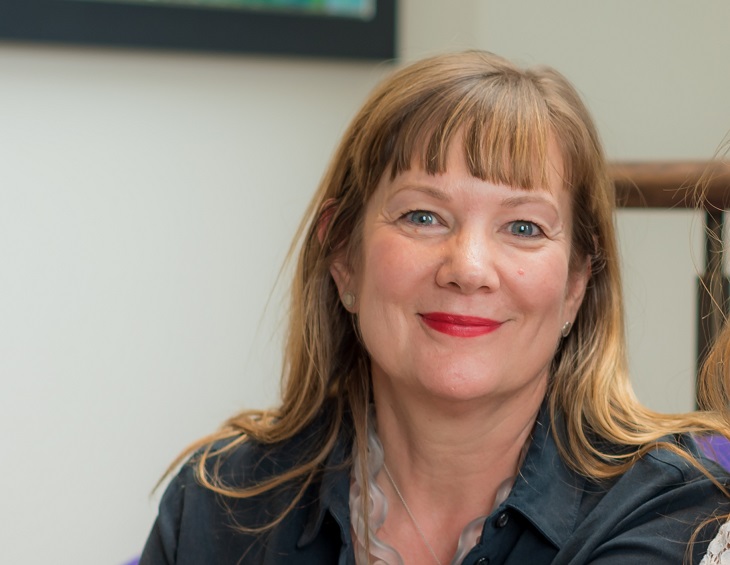 Editor Hamish Kilburn heads backstage to join Harriet Forde, the interior designer waiting in the wings to become the President of the British Institute of Interior Design (BIID)…

As far as interviewing a leading designer goes, I have never, until now at least, agreed to meet in a converted traditional men’s public toilet in London. Surprisingly, though, The Attendant in Fitzrovia turns out to be the perfect quirky backdrop for such an occasion.

The underground coffee shop instantly tells me two things about the designer before I have even managed to ask my first question. The first being that the soon-to-be president of the British Institute of Interior Design (BIID), Harriet Forde, does things differently. The second is that she has a thing about meeting in outlandish – almost kooky – locations because, and I quote: “Meetings like these should be fun, completely memorable and a bit out there.”

Once I had got over the initial shock of us both sitting, propped up on statement green stools, in front of pristine-white restored urinals while listening to country-folk music, I was keen to understand how Forde plans to wear the shoes of her soon-to-be predecessor, The Brit List 2018 judge, Gilly Craft. “There’s only so much you can do and change in a year,” Forde says. “That’s why all three of us, the president elect (currently myself), the president (Gilly Craft) and past president (Charles Leon) all have an active role – and it really is a three-year commitment. Therefore Gilly, for example, will step down as president in a few months, but she will still be very much involved in decisions and responsibilities – which she never shies away from.”

“British designers especially are not afraid to be experimental and they are arguably more willing to embrace the oddities.” – Harriet Forde.

It has been said time and time again – and here it is once more for good measure – that Britain is an unparalleled design hub. Wearing her BIID hat, Forde is the first judge announced for The Brit List 2019, Hotel Designs’ nationwide search for the top interior designers, hoteliers and architects. Forde has her own opinions on why she believes the UK captures some of the world’s best design talent. “Although manufacturing is lacking in Britain, and it is very niche now, there is still a history of craft,” Forde explains. “Still to this day, while manufacturing abroad is cheaper, there are a handful of creative companies who are still making products from British factories, which is something we should encourage and celebrate more. British design has a cache, of sorts, which can be quirky. British designers especially are not afraid to be experimental and they are arguably more willing to embrace the oddities.”

As well as preparing for her Presidency to commence, Forde is also the founder of Harriet Forde Design, a leading design firm that provides comprehensive interior design services and solutions for bars, restaurants, hotels, commercial properties and residential projects. “I very much try to take it one day at a time, using my diary planner to the best of my ability,” says Forde. “It’s a constant re-evaluation to identify the priority and it’s far too easy to over commit.”

HK: What’s your favourite type of hotel?
HF: I love hotels that have a home-from-home feel, like Kit Kemp’s Firmdale Hotels.

HK: What is your biggest bugbear within the industry
HF: Lack of communication between consultants.

HK: Who was your inspiration:
HF: Olga Polizzi.

HK: What trend is really inspiring you this year?
HF: I am really into marble and to that end I am embarking on learning more about what creates different marble around the world. Italy is running dry with certain types of marble, so other stones are becoming more popular. That and thin porcelain tiles.

HK: What do you hope to bring to your presidency?
HF: What value a BIID membership can bring professionally, personally and creatively.

HK: Sketches or renders?
HF: A render with sketching, but that’s like choosing between humous and guacamole.

HK: What would you do?
HF: I would quite like to be a lighting designer.

It seems as if Forde and I are on the same page when it comes to the limitless possibilities of lighting. “When I started as an interior design, we did our own lighting design as well as specifying the fittings,” she says. “Now, though, with the explosion of LED, it’s such a big world out there full of technical know-how. Therefore, more and more, we are working with lighting designers, on projects because they know what is technically possible and equally impossible.”

Forde’s open approach to not just talking about but really discussing design is refreshing; she is a fountain of knowledge who will make for a strong yet personable president – just like her predecessor. As her choice in venue suggests, our next President of the BIID can spot a design gem from a mile away, which I am sure will stand her in good stead for the phase of her journey.