In Conversation With: Felipe Ávila da Costa, CEO of Infraspeak 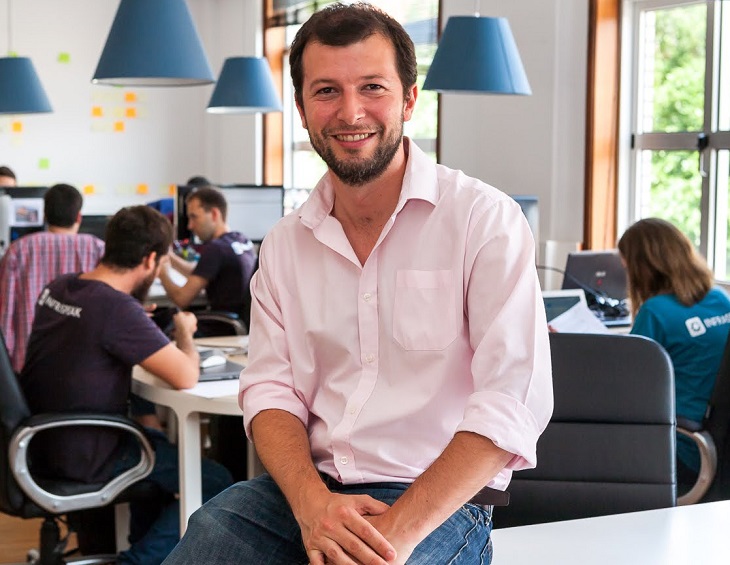 Arriving in the UK, Infraspeak is a powerful platform that offers fully customisable, sustainable technology for the hospitality market. Hotel Designs sits down with the company’s CEO and co-founder, Felipe Ávila da Costa, to find out more…

For years, the industry has been crying out for a platform that has been developed to make buildings smarter. Cue the UK arrival of Infraspeak, a solution for chaotic hotels that would benefit from improved operational efficiency and reduced costs of maintenance.

From humble beginnings in Porto, Portugal, the company was very much born out of the concept to bridge the communication gap between C-level executives and managers on the ground. Infraspeak’s journey, like so many other innovative tech-driven products, started at university with the initial idea to reduce paperwork for service men by introducing a digital platform. “It was Luís Martins who had the lightbulb moment for his final project,” explained co-founder and CEO Felipe Ávila da Costa. “His lecturer encouraged him to progress the idea, and it was at this point when he developed the foundations of Infraspeak.”

“Infraspeak emerged from the wings to take centre stage – and fast become one of Portugal’s largest start-up companies.”

After graduating, Martins kept Infraspeak as a side project – a hobby if you like – while working on other things. In his downtime, the he grew the brand’s roots in its colourful hometown of Porto. Soon, the demand for the game-changing software grew to the point that justified investment, which involved bringing Ávila da Costa on board. Infraspeak emerged from the wings to take centre stage – and fast become one of Portugal’s largest start-up companies.

Fast forward four fascinating years, the company now has offices in London, Porto, Barcelona and Florianapolis and 180 customers in seven countries benefiting from Infraspeak’s regularly updated software packages. “Every three weeks we automatically update the software, taking on board customer requests and the shifting demands from consumers,” explained Ávila da Costa. “Our software ensures that everything behind the scenes runs smoothly so that the staff can offer seamless service.”

One of the most recent case studies is InterContinental Palacio das Cardosas, which opened in 2011. By using Infraspeak, the hotel’s maintenance manager has reported a substantial reduction in maintenance calls. “Instead of 40 maintenance calls per day, now I only get 10,” he told the company. “For me, one of Infraspeak’s main advantages is that it allows me to stop worrying about everything that’s happening. It displays everything I need to know in a single platform.”

As well as improving communication between maintenance staff and the hotel, Infraspeak is a communication tool that is now used in other areas of hotel, such as house keeping, F&B and even energy management. “Every three weeks we launch a new software on the product so that the product starts to become a platform for all operational elements,” says Ávila da Costa.

One of the many unique selling points of the software is its sustainable aims. In a press release from the brand, the company explains that a staggering “80 per cent of hotel administration is largely paper-based and excel is most commonly used to run all hospitality maintenance. Infraspeak completely removes the need for paper as all facility management can be logged and traced to completion through the software. In addition, the product’s intelligent software uses data to start to predict problems in advance, rather than simply reacting to issues when they arise. This predictive approach to maintenance means Infraspeak saves time, money and resources with a sustainable and efficient approach.”

Hamish Kilburn: What is your number one bugbear when checking in to a hotel?
Felipe Ávila da Costa: Waiting too long

HK: What did you want to be when you were growing up?
FAC: I wanted to be a film director, and then a bridge engineer and then a software engineer – it’s been a journey!

HK: What’s the best thing about Porto?
FAC: By far the personality of the city

HK: What has been your largest regret in business?
FAC: I’ve made lots of mistakes, but none have been regrets

Although from the outside, the journey for the pair looks a seamless one, the reality is quite the opposite. “There have been many, many challenges. The first challenge was for hotels to come on board with our thinking,” explains Ávila da Costa. “We were lucky enough to get one of the largest hotel brands in Portugal to work with us. With 35 hotels in their portfolio, we really needed to understand their needs.”

From airports to shopping malls and of course hotels, the widespread demand for reducing paper waste and incorporating a seamless communication technology has allowed the company to straddle many markets. “Infraspeak is designed to be flexible, but the demand for hotels is massive,” explains Ávila da Costa. “We currently have more than 250 hotels using the product.”

Recent headlines in the mainstream news have demonstrated the need for individuals and companies alike to think further outside the box in order to become more sustainable. Platforms like Infraspeak are looking towards the future, providing practical solutions that are reducing carbon footprints around the world.