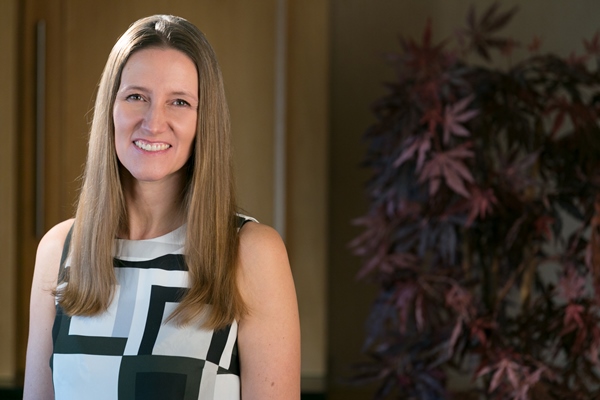 As Brexit negotiations kick off and uncertainty lingers following the general election, there are growing concerns over the UK’s pipeline of skilled employees, particularly within the hospitality industry. Redefine|BDL Hotels’ (RBH) Chief Human Resources Officer, Susan Bland, explains why the hotel industry should keep calm and carry on attracting and developing the best talent.

The UK’s leading independent hotel management group has an expert team of over 110 hotel specialists based in offices in London, Glasgow and Frankfurt. Its portfolio of more than 45 properties unites over 8,000 rooms and 2,500 employees throughout its managed and leased properties.

In an industry that will undoubtedly be impacted by any final deal extended to the UK by the EU due to its employee demographic, RBH is already starting to make plans to strengthen its employee pipeline.

Susan, who chairs the Hotel Employers Group (HEG) – which represents the majority of the UK hotel industry’s biggest businesses – says that while Brexit negotiations will take time, attracting more home-grown talent is a much-needed step towards injecting new blood into the hotel industry, and should be the priority.

She said: “HEG is working closely with the British Hospitality Association (BHA) as it develops its Brexit strategy. It’s an impressive piece of work, which focuses on a 10-year plan including ‘rebranding’ the industry to make it more attractive to the UK workforce looking for long-term careers, by tackling the long-standing stigma of unsociable hours, low pay and the belief that hotel work is ‘just a holiday job’.

“It’s a strategy that is required regardless of the current political and economic climate – it just becomes more time-bound if we see the European employee pipeline dry up as a result of uncertainty or fear caused by ongoing Brexit negotiations.”

And while HEG is pulling together a comprehensive plan of action, RBH is working on attracting more home-grown talent and upskilling its existing employees.

Susan continued: “The HEG strategy is targeted at numerous groups across the UK, from ex-service personnel and their families, to the next generation of potential employees and their parents as influencers on career choice.

“At RBH we’re already working to herald the ‘return of the Saturday job’, as we call it. We want to work with young people to attract them to the hotel industry and instil in them a strong work ethic. We’re also developing our apprenticeship programme in line with the new standards and focusing on building on our great base of existing talent, such as developing our kitchen porters into chefs.”

While the focus is on developing and nurturing the UK employee pipeline, Susan does recognise potential issues that Brexit could cause for RBH and other businesses within the industry.

Of RBH’s total UK workforce, 27% are EU Nationals, but the figure rises to around 40 per cent in London – which is consistent with the UK average within the hotel industry.

She said: “So far, a number of our European team members have been sitting tight and waiting to see what happens as negotiations take place, but staff retention has been impacted to a certain extent following the EU referendum.

“The devaluation of the pound – which means some European employees haven’t been able to provide for their families as much as they had hoped – coupled with uncertainty has pushed a number of these employees to return home over the last year.

“However, we haven’t come across any issues in terms of recruitment. Our pool of applicants is exceptionally diverse, and there hasn’t been a substantial shift in our applicant profile, which is great to see.”

Although the most recent developments have seen the publication of plans for EU citizens to achieve ‘settled status’ – with the same residency, employment, health, welfare and pension rights – after five years in the country, uncertainty remains until these plans are confirmed.

And while there is an element of uncertainty, Susan is pleased to see the Government prioritising the rights of EU Nationals and the potential impact on free movement and the labour market as part of its negotiations in Brussels.

She said: “As a business, we had accepted that there would likely be some form of restriction around free movement, and removing uncertainty for European employees has always been key. I’m glad the Prime Minister is prioritising this.

“While the current plans would see those resident in the UK for five years granted ‘settled status’, there are still uncertainties around other EU Nationals who have lived in the UK for shorter time periods. On that front, if any restrictions were to be imposed, we would like to see these introduced via a phased approach.

“I’d be frustrated to see any EU Nationals tied into the existing sponsorship programme for non-EU workers, which is very onerous. Simplicity will be key.”

Susan – and the wider RBH team – will be focusing on factors within their control when it comes to Brexit, and urges employees and prospective industry employees to do the same.

She said: “The government is just weeks into negotiations. In the meantime, I’d urge anyone from Europe living in the UK and keen on working in the industry to take any and all available opportunities, and to get the required paperwork started if applying for citizenship is a consideration. The negotiations will take time, and it’s business as usual for us.”