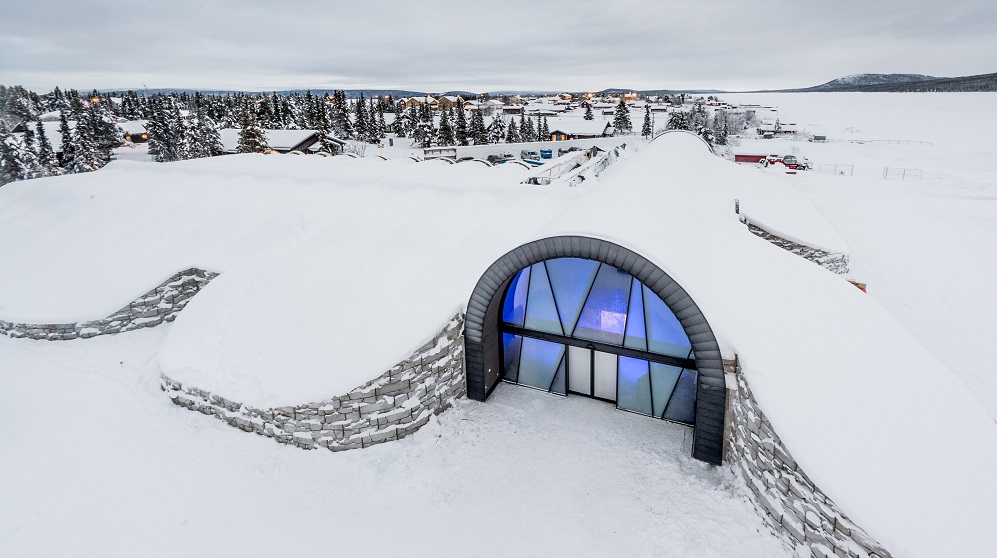 Sleep on ice surrounded by dancing clowns, dive into a surreal frozen underwater world, climb an ice staircase to your floating bed and fall asleep surrounded by typography, reindeers, chandeliers, or even an apartment inspired by the Victorian era. These are just a few of the unique designs awaiting those checking into the new ICEHOTEL 365, which has just opened to guests located in the village Jukkasjärvi, near Kiruna in Swedish Lapland.

ICEHOTEL 365 is the world’s first year round ice hotel and gives guests the chance to sleep on a bed made of ice at a cool -5°C 365 days of the year.  During winter, the hotel will be covered in snow but during the summer it will be kept cool by solar power warmed from the midnight sun, covered with a turf roof and planted with Arctic flowers. 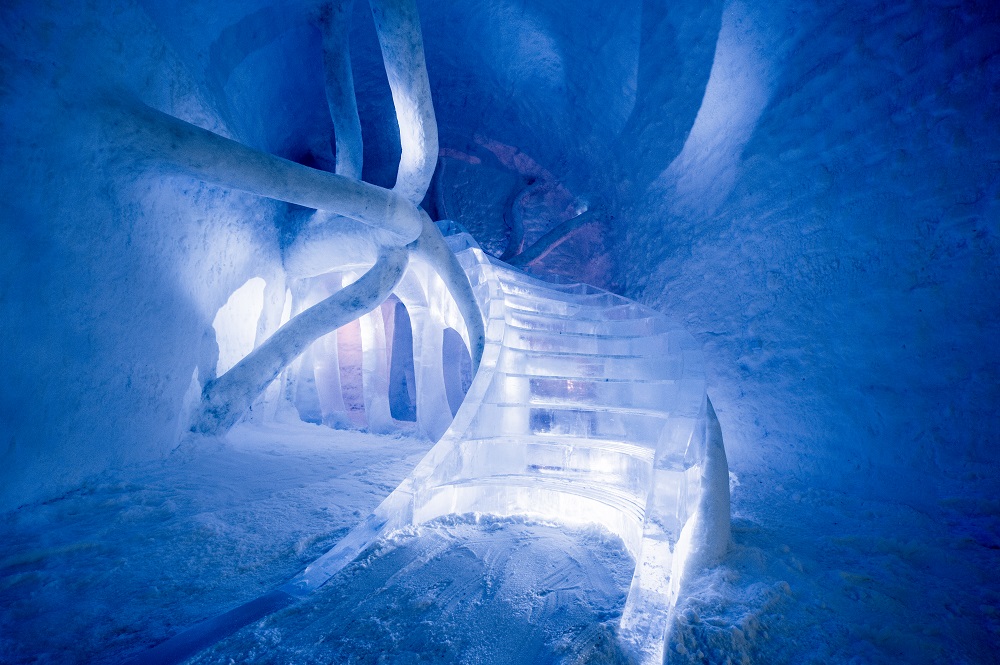 As well as featuring a champagne-themed ICEBAR and a unique frozen art gallery, the new hotel will feature 20 suites; eleven art suites and nine deluxe suites, giving guests the chance to combine the adventure of sleeping on ice with the added luxury of a heated en-suite bathroom, private sauna (deluxe only) and warm changing area adjacent to the ice bedroom. 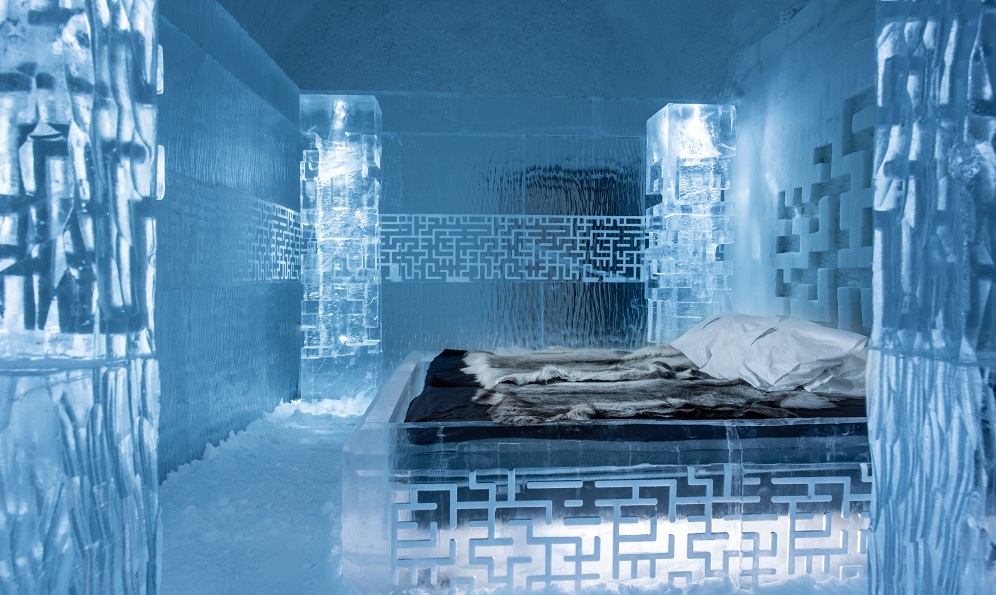 Over forty artists, designers and architects from nine different countries have been selected to create art in the 365 hotel. Some are ICEHOTEL veterans, such as Norwegian-Italian Luca Roncoroni (who has created an elegant apartment inspired by the Victorian era) and Swedish duo Tjåsa Gusfors and Patrick Dallard (who invite guests to dance with ‘dancers in the dark’ in their suite) whilst some are visiting for the very first time. 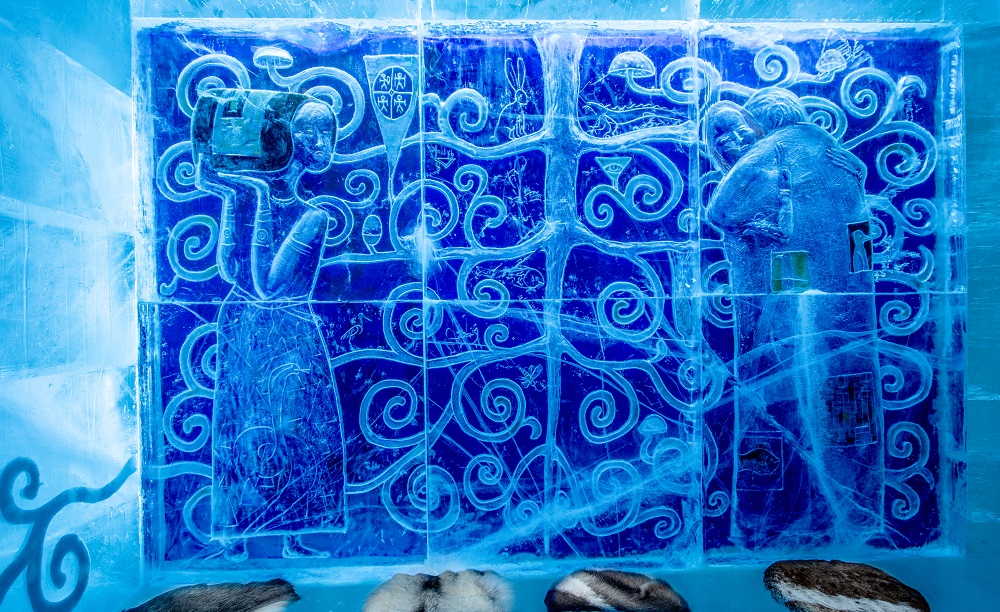 One of the most dramatic suites in ICEHOTEL 365 has been designed and built by British architects Alex Haw and Aditya Bhatt from Atmos Studio in London (who has previously worked on designs for the Eden Project and Paddington Station). Their suite ‘Dreamscape’ features a daring staircase of pure ice that winds from its entrance towards a floating frozen bed, passing through an ‘explosion of snow tentacles’ that appear to be in motion, hoping to encapsulate the energy of a dream. 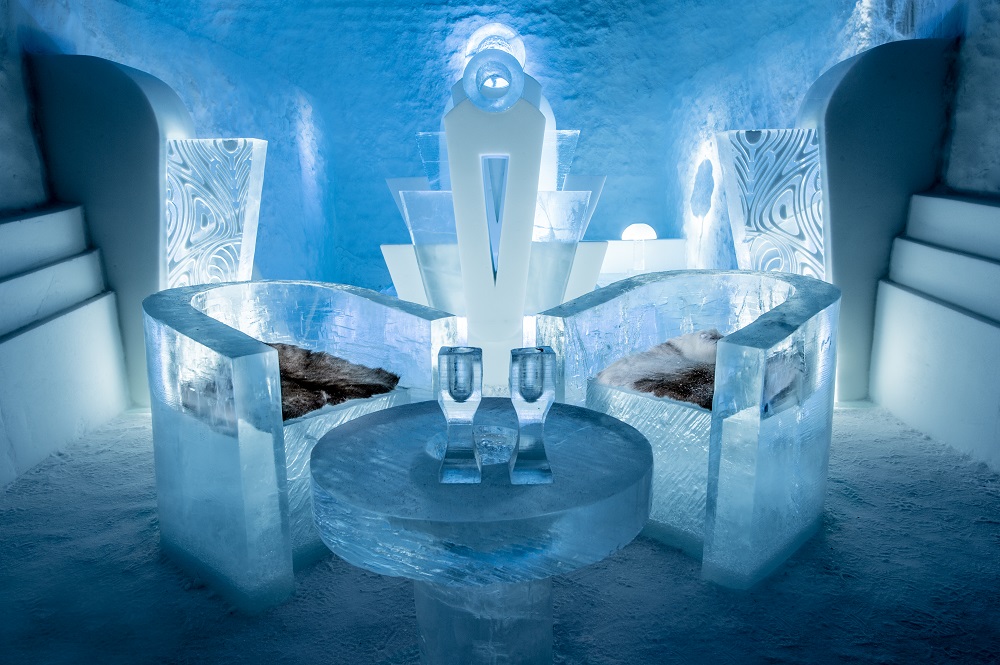 Founder of ICEHOTEL and ICEHOTEL 365 Yngve Bergqvist comments “the nature and environment surrounding the buildings are not only a huge source of inspiration for the ICEHOTEL, but are also necessary to create the hotel year on year. Previously we said goodbye to our guests in the Spring, but thanks to help from the Midnight Sun we can now invite them to stay year-round.” 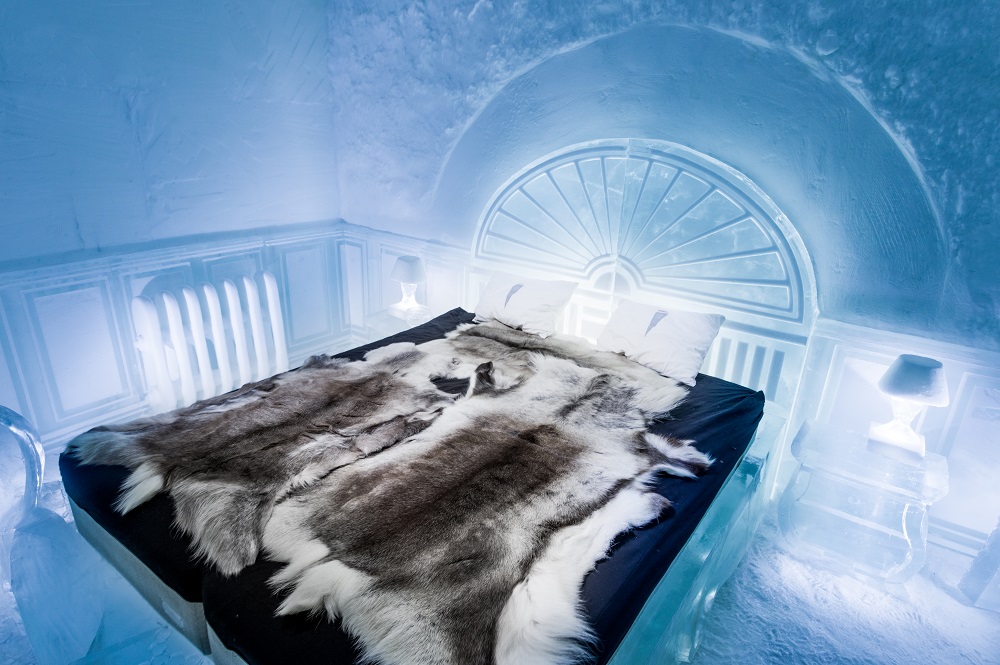 So, during the Winter months there will now be a total of 55 rooms including 35 art suites  for guests to sleep on ice. 20 suites in ICEHOTEL 365 (9 deluxe suites and 11 art suites) and in the seasonal hotel there will be a further 15 art suites and 20 ice rooms. 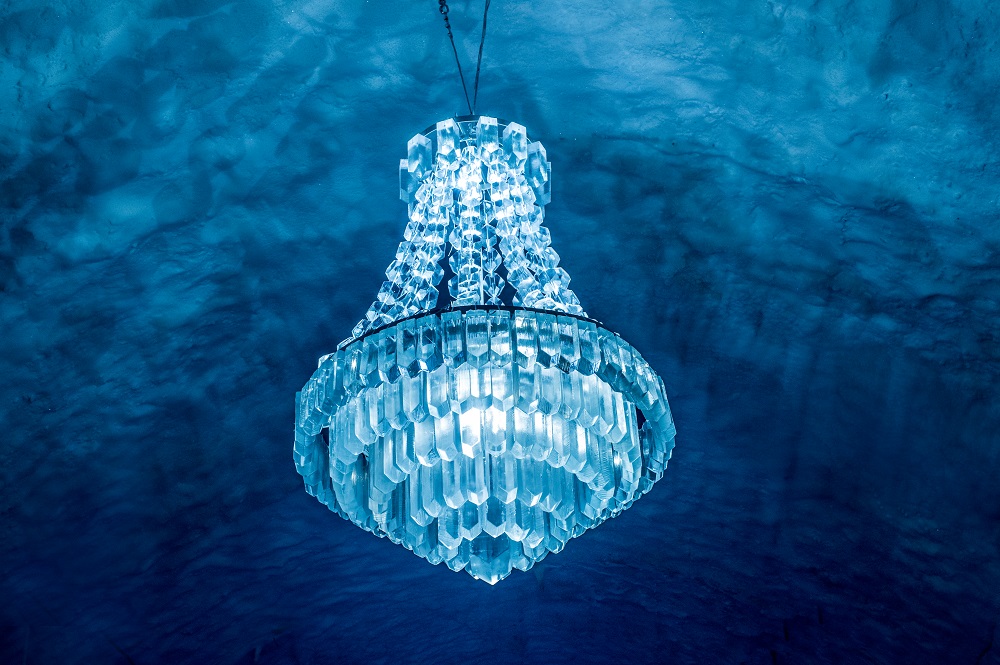 The construction of both hotels will see around 30,000 litres of water from Torne River transform into snow and several tons of ice harvested from the river. This is the equivalent of 700 million snowballs. The chandeliers alone feature over 1000 hand polished ice crystals. 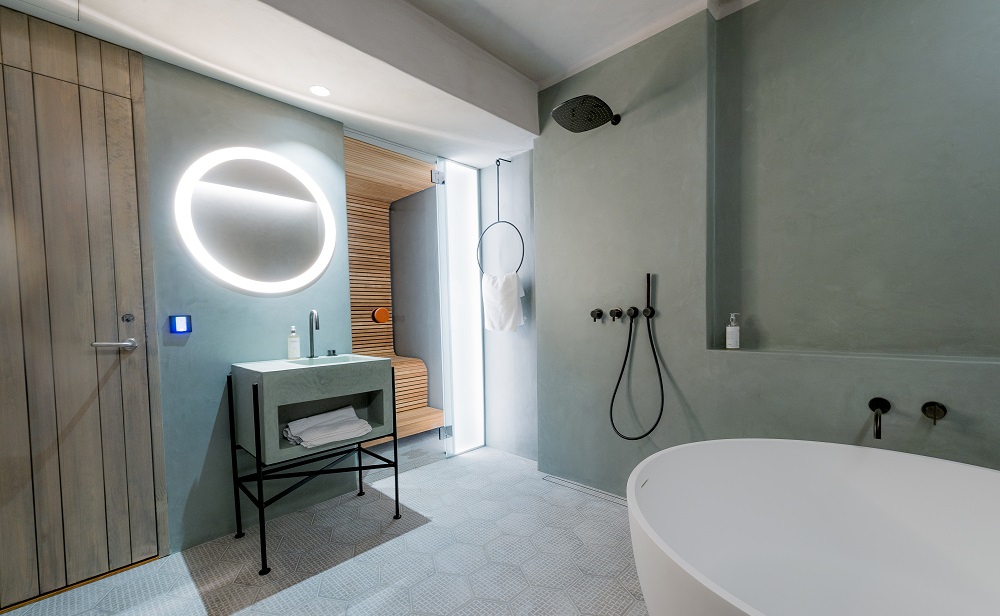