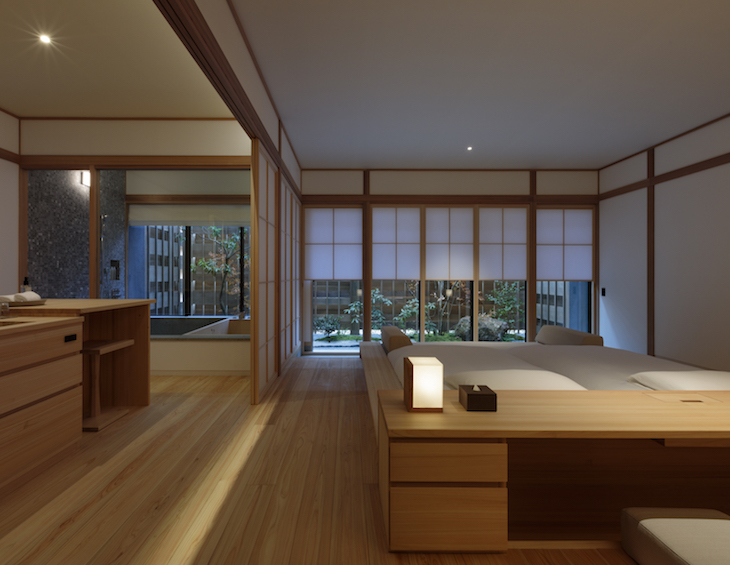 A hotel opening to keep an eye on, Azumi Setoda is the brainchild of hotelier Adrian Zecha. The new arrival, on an island within the Japanese Seto Inland Sea, will mark his first contemporary ryokan…

Throughout January, we have been keeping an eye on the most significant hotel openings to look out for in 2021. Following parts one and two of The Hot List, we’re excited to hear that hotelier Adrian Zecha and Japanese hospitality group Naru Developments have announced the launch of Azumi Setoda, the first opening of their new brand Azumi.

Azumi Setoda, which will open in early March, is located on Ikuchijima, a small island of about 8,000 people in the Seto Inland Sea. With this debut property, the brand will take the cultural framework of the traditional ryokan and infuse it with a quality offering that appeals to the modern, global traveller. The balance between tradition and innovation is integral to all parts of Azumi; demonstrated through everything from the design, service, food and beverage, to wellness and cultural programming.

The main structure of Azumi Setoda is Horiuchi-tei, a 140-year old Japanese compound, formerly the headquarters and private residence of one of the most dynamic salt farming and shipping families in Setouchi, after whom it is named. The family would also use the space to host and entertain important guests.

With these original intentions of the building and the next century of its life in mind, Kyoto-based architect Shiro Miura was entrusted with the renovation. An expert in private residences and trained in the sukiya style of Japanese architecture, he balances the elements of a homey atmosphere with aesthetics rooted in tea ceremony, which date back to the 16th century.

The restoration was driven by rebalancing the relationship between moisture, wind and light, as he treats his primary materials of wood, stone and soil as living materials, exemplified by the way they bend, break, and change colour at their own will, and reflect the conditions of the environment. He thinks about how the building breathes; the nearby presence of the ocean requires not just thinking about the interior climate, but to consider the garden’s role in bringing in and taking out mist, fog and sunshine.

Contemporary accommodation standards call for a mix of well-defined private and public spaces in order to create a harmonious atmosphere and experience. This juxtaposes the traditional ryokan experience in which guests are hosted within their own rooms. The spaces at Azumi Setoda are designed on a gradient from the more public spaces: including the reception and main dining room at Horiuchi Tei; traversing the property’s semi-private dining and entertaining areas; before guests reach their generous, peaceful rooms. Every guest room has its own outdoor area: either a private garden designed by WA-SO landscape architects, a generous balcony, or a combination of both. Each one is unique and is well-secluded thanks to Shiro’s bold, unconventional take on the traditional kakine (cedar fence), which has been adapted to create harmony between private and communal spaces within the property. 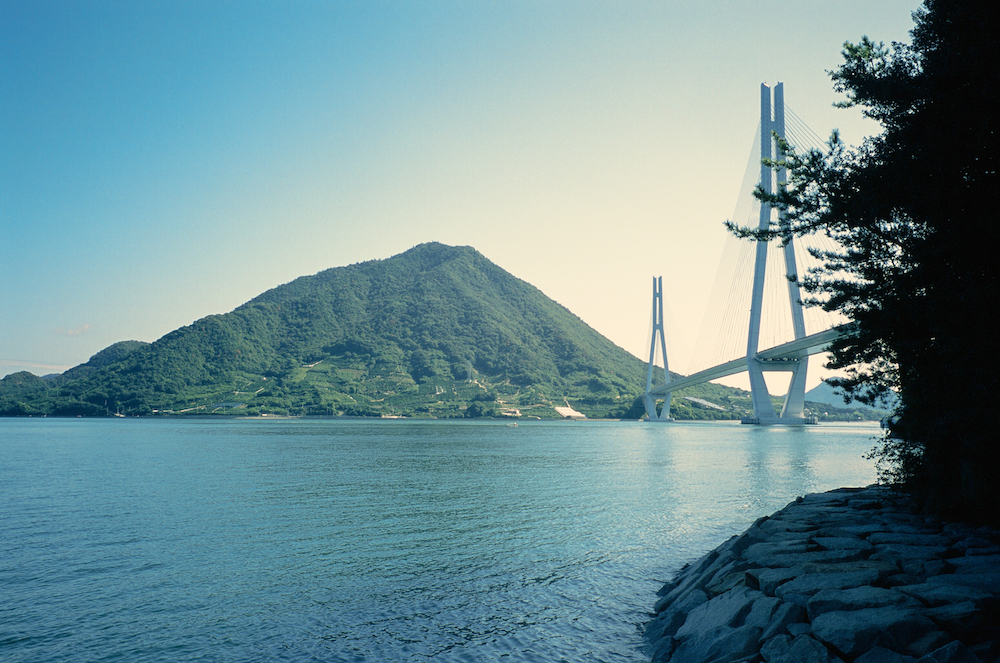 Azumi Setoda is located on Ikuchijima island, which is on the West Side of the Setouchi Region (the Seto Inland Sea) in Hiroshima Prefecture. The East Side of the region has become well-known to international guests thanks to the ‘art islands’ of Naoshima, Inujima and Teshima. It is also home to the Setouchi Triennale, a contemporary art festival that takes across a dozen islands.

By contrast, just on the other side of the channel from Naoshima, the lesser-known West Side of the Setouchi Region is prized by a thriving agriculture industry. Connected by bridges, the islands in the West are popular with cyclists who traverse the 70km Shimanami Kaido cycling route, where Setoda is a midpoint of the journey.

This area is the calmest part of the Seto Inland Sea, with clear, blue waters and pure, fresh air. It is known today, due to its mild and temperate climate, as a key part of the citrus industry within Japan.

Within Setoda, the ryokan is located on Shiomachi Shotengai, a local market street that spans from Setoda port to Kosanji Temple. It was once considered the entrance of the island, serving up to 10,000 people daily in its heyday; Azumi wants to help restore this vitality to the neighbourhood. The team behind Azumi has partnered with community leaders to make Setoda a more desirable place to live, as well as to visit, with a strong sensibility around interaction between guests and the local community. One result of direct community feedback includes Soil Setoda: a mixed-use facility at the very entrance of the shotengai, which will function as ‘the living room of the city.’

“My previous projects have frequently been considered as ‘luxury’ due to the impression created by our clientele and its high price point, however my original intent was always to shed light on local culture, community, arts and food,” explained Zecha. “At Azumi, we are updating the ryokan, which was typically a traditional family managed inn, that naturally does what we envisioned. At Azumi, our highest priority is to welcome people wholeheartedly so that they feel at home, no matter the location.”

Azumi Setoda guests can enjoy the wellness programming at yubune, which translates as ‘bathtub’ or ‘bath boat’ in Japanese. While Azumi Setoda is the secluded, walled ryokan in-keeping the deep gravitas of the Horiuchi family, yubune, also designed by Shiro Miura, is located just across the street. In a further gesture to the wider community of Setoda, Azumi will operate yubune not only for Azumi guests, but as a public bathhouse where all are welcomed. Guests will be invited to learn about and experience the Japanese bathing culture, lemon and salt bathing, and sauna.

The food programme provided at Azumi Setoda will express the abundance of local ingredients and the mixed cultures, herbs, and spices that came across the ocean during ancient times, as if the Horiuchi family, the residence’s former owners, were inviting an important guest to their feast. Beyond its abundance of seafood and fresh citruses and vegetables, the area in the ancient days was known as the intersection of a variety of cultures coming from the sea and from the Asian continent through the Silk Road. Meals will be offered communally in Azumi Setoda’s main dining room in a break from the traditional ryokan offering, in which guests are served in their rooms. For those who prefer more privacy, there are three characterful private dining rooms to choose from.