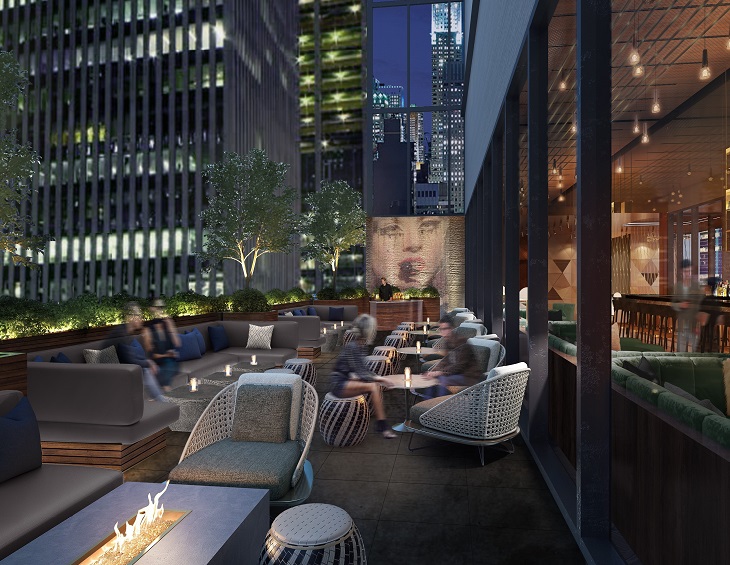 The highly anticipated Hard Rock New York is going up in the heart of Midtown Manhatten, and is on track to debut in April 2022 – we thought we would take a closer look at what is set to be this iconic brand’s new flagship… 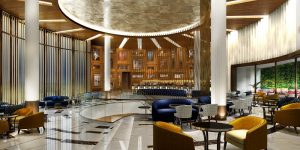 “This is a monumental moment for Hard Rock International and a true milestone in our journey to elevate our lifestyle hotels portfolio,” said Dale Hipsh, Senior Vice President of Hotels, Hard Rock International. “New York City is the culture capital of the world, and as a brand, we have been eagerly anticipating the right opportunity to bring our entertainment-infused hospitality experience to this market. Hard Rock Hotel New York creates the perfect home base for exploring the city’s most exciting attractions, but what’s more, are the curated experiences for guests and locals that only we can offer through one-of-a-kind partnerships and collaborations with legendary artists, performers and musicians.”

The hotel will feature 446 exquisitely designed guestrooms and specialty suites offering floor-to-ceiling windows that showcase the city’s vibrant energy. Sitting on the 34th floor is the jewel of the hotel, the Rock Star Suite, a bi-level glass-enclosed penthouse with expansive city views, original contemporary artwork, bespoke music memorabilia, and one of the largest terraces for entertaining in New York City. 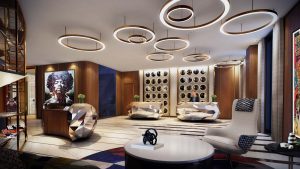 Uniquely situated between the Theatre District and Radio City Music Hall, Hard Rock Hotel New York will offer a backstage pass to the city’s historic Music Row. Paying homage to the mecca of recording studios and music stores that once lined 48th Street, the hotel will have live music across all public spaces with a dynamic and engaging approach to entertainment programming. The RT60 Rooftop bar will deliver masterfully crafted cocktails and shareable bites, all in an effortlessly stylish scene with a chance to soak in the city from above. This will be a true entertainment destination with world-renowned DJs along with emerging local talent.

From day to night, the brand’s signature Sessions Restaurant & Bar will represent the soundtrack of New York. Located on the main level and accessible by a grand staircase from the street, this light-filled three-story atrium and open-air terrace will offer live, unplugged musical performances that embody the vitality and ingenuity of the city. The hotel’s show-stopping feature will be The Venue on Music Row, a flexible entertainment space with capacity for up to 400 guests. The Venue will play host to A-list performances as well as fashion shows, after-parties, and gala dinners for some of the city’s most sought-after moments. 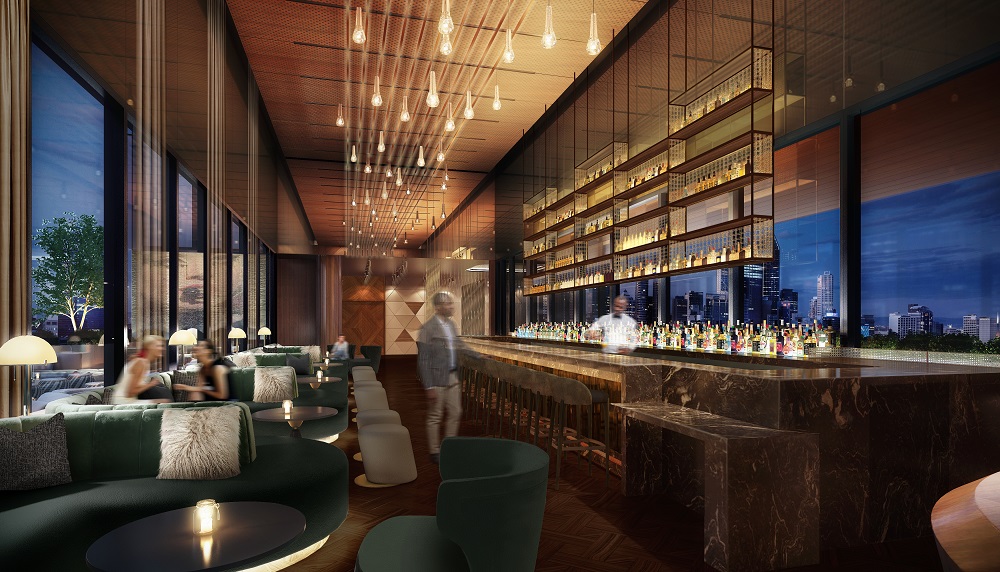 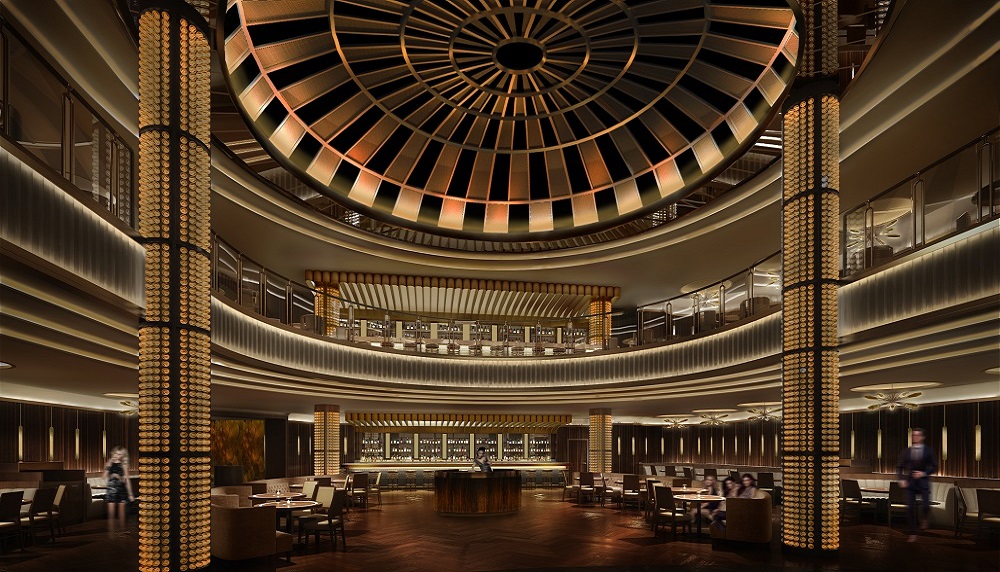 Beyond the public spaces, Hard Rock Hotel New York plans to weave the kinetic force of music into its health and wellness offerings. The hotel will feature the brand’s signature Rock Om programme, fusing the practice of yoga with the rhythm of a custom DJ-curated soundtrack for on-demand in-room sessions. Building on the existing offering, Hard Rock Hotel New York will introduce a series of transformative experiences including rooftop moonlight yoga sessions. In true Hard Rock style, the hotel will offer an array of signature brand experiences and amenities exclusive to Hard Rock Hotels. Amenities include the Sound of Your Stay, which allows guests to listen to Tracks curated playlists by artists and musicians, Crosley record players available upon request with Wax, or play a Fender guitar with Picks in the privacy of their room. Roxity programming will bring to life family attractions and entertainment while the Unleashed pet programme will welcome four-legged friends. Guests are also invited to exchange the traditional city map for Soundtracks, interactive area guides which are curated by Hard Rock and musical artists to showcase the best of each destination.

The announcement of Hard Rock Hotel New York comes as Hard Rock International commemorates 50 years as one of the world’s most recognisable brands for entertainment, hospitality, gaming, and leisure, and this new flagship hotel promises to continue the tradition of providing guests with show stopping entertainment venues and immersive experiences.

> Since you’re here, why not read about Hard Rock Hotel Madrid?