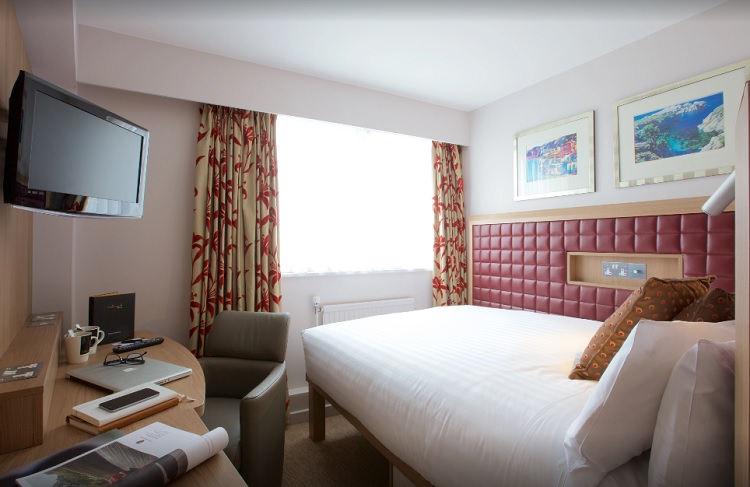 Situated in leafy Edgbaston, just five minutes from Birmingham New Street and a stone’s-throw from the city’s renowned Arena, the hotel is popular among business travellers and as a venue for events.

The refurbishment project, which began in 2016, has seen a £700k investment into modernising the lift structures within the hotel and a further £450k spent on turning 53 of its 135 bedrooms into City Doubles. Continuing into 2017, the hotel has most recently seen £200k spent on converting 18 of its bedrooms into Classic twin bedrooms.
The work will continue throughout the year, and will incorporate the refurbishment of its Wallace Suite, and six other meeting rooms which together hold up to 170 delegates.

Amy Windsor, General Manager at Hallmark Hotel Birmingham Strathallan said: “The widespread refurbishments have given, what was already a popular hotel, a more modern and streamlined feel. Hallmark Hotel Birmingham Strathallan has a natural focus towards corporate and business guests and the increased space and investment will help us extend our offering to new and returning visitors. Alongside our new menu, also designed to meet the needs to the business traveller, we’re delighted with the feedback we are getting from regular business guests.

“With Birmingham’s position as a UK hub for the meetings and events market, we are especially keen to see the completion of our Wallace Suite – our largest conference suite – which we’re looking forward to unveiling later this autumn.”

The investment into Hallmark Hotel Birmingham Strathallan is part of the group’s wider refurbishment initiative to modernise several of its portfolio of 28 hotels across the country.