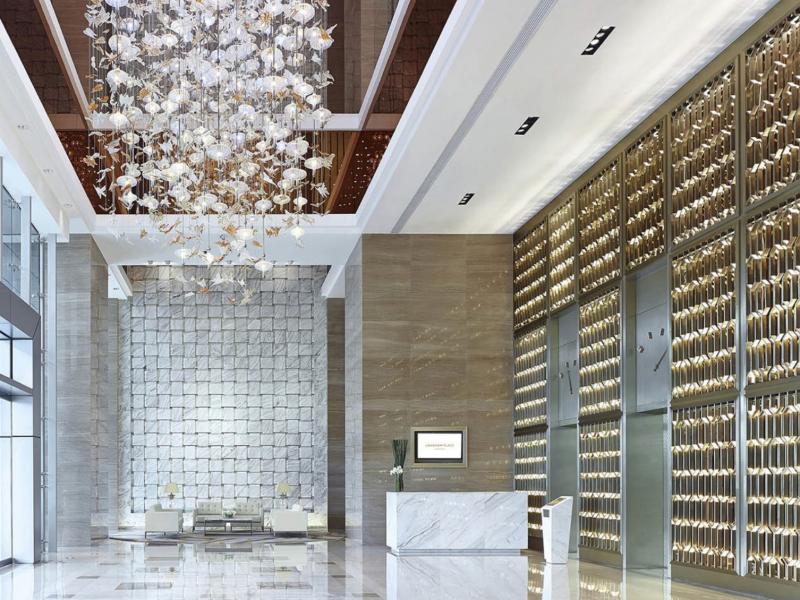 Hastings Hotels has announced that it will open its seventh property on June 18, 2018. The Grand Central Hotel, Northern Ireland’s largest hotel, will open following a £53M investment into Belfast’s Grand Central. 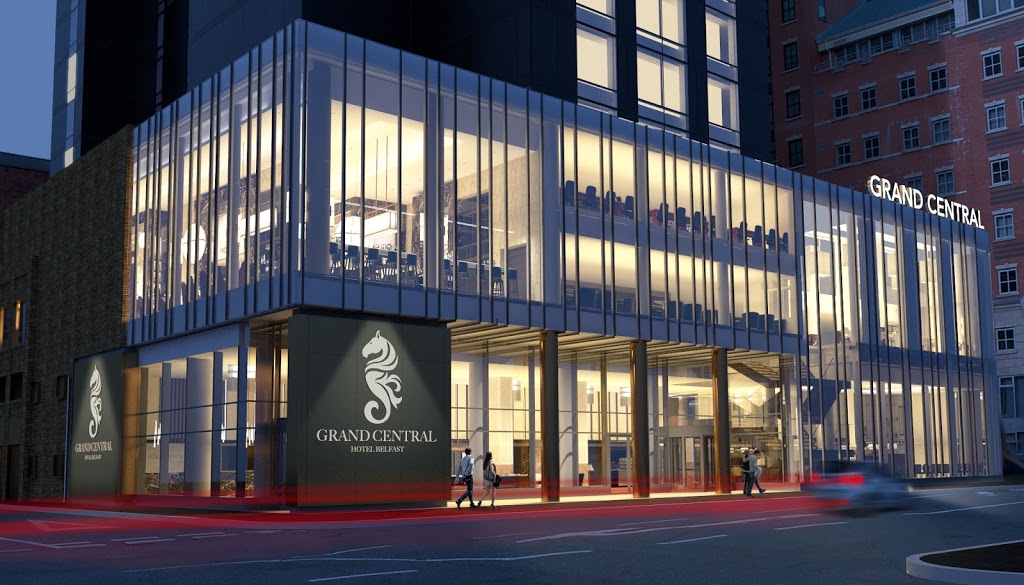 Belfast-based RPP architects, which is also working to redesign and modernise Belfast Harbour, was responsible for transforming Winsdor House into the new Grand Central Hotel. Briefed by Hastings Hotels to create a larger hotel that can cope comfortably with the growing demand of business travellers in the area, the award-winning architects have seamlessly added an additional 104 guestrooms bringing the total more than 300. 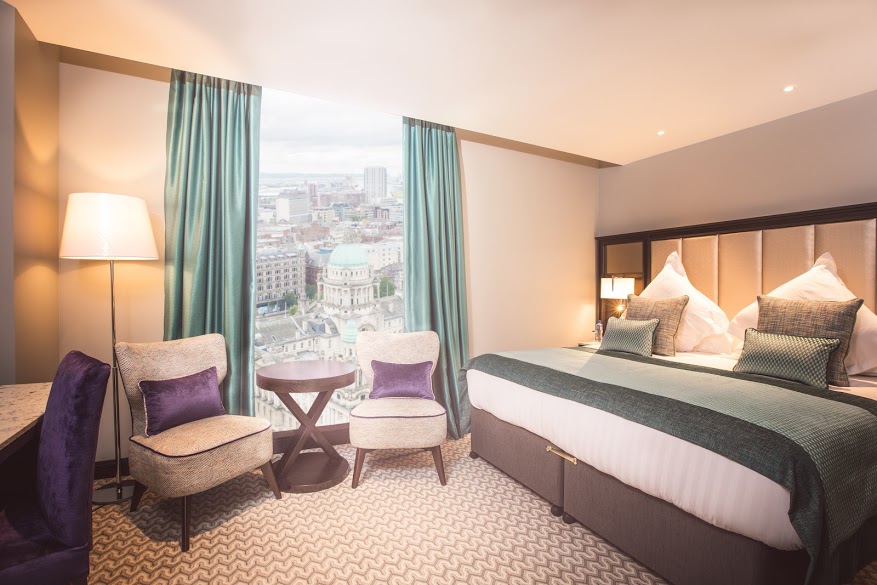 The 300 luxurious guestrooms, including 10 suites, have been designed for absolute comfort and relaxation. With room to breathe and boasting spectacular views over the glittering city, each room has been lovingly created as an oasis of calm – blended with touchable, tactile fabrics and state-of-the-art finishes.

The Observatory on the 23rd floor is what the hotel regards to as its jewel. The highest bar in Ireland offers unparalleled high-definition views of Belfast and beyond, while the decadent décor creates an intimate setting. 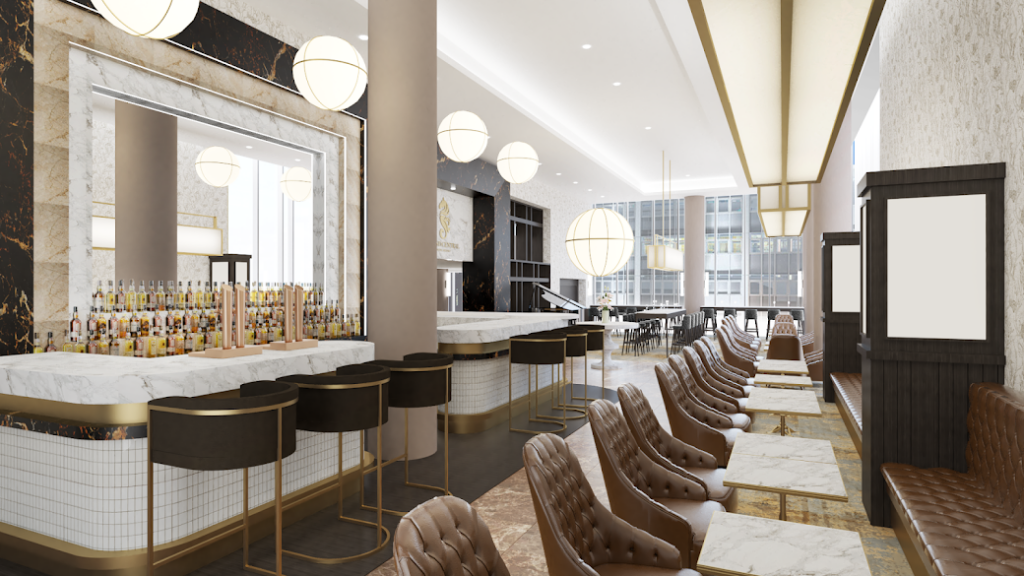 Hastings Hotels, which now has seven hotels in its portfolios in Northern Ireland, describes the new Grand Central Hotel as being “more than a hotel. It’s an ode to a city. Standing tall in Bedford Street, [the hotel] fuses glamour and grandeur with a unique Belfast spirit.”

As the city is seen more and more as a ‘must-see business destination in 2018’, the hotel has announced that its first guests to be welcomed in will be a group of international delegates. The business men and women will attend the prestigious Hosts Global Forum, an influential global Meetings and Incentive Travel trade event. Adding to the significance of the occasion, this is the first time the Forum has ever been hosted in Europe, highlighting the allure of Northern Ireland as well as the hotel to business travellers.

Managing director of Hastings Hotels, Julie Hastings said: “We are incredibly excited by the Grand Central Hotel’s opening in June and we are confident it will be incredibly enticing for business travellers and leisure travellers alike. The hotel is now the largest in Northern Ireland and is the ideal base for travellers wanting to experience and explore the beautiful city of Belfast. We are delighted to be hosting some of the world’s major meetings and incentive travel buyers as our firsts guests, who will be attending the prestigious Hosts Global Forum.  We are absolutely thrilled to have secured this opportunity in partnership with Tourism Northern Ireland and Moloney & Kelly and have invested heavily to win it for Belfast & Northern Ireland. Not only will this event showcase Belfast and Northern Ireland on a worldwide level, but it will introduce The Grand Central Hotel as the perfect venue to host prestigious events and international business travellers.”

The new branding for the hotel will incorporate the Seahorse which is part of Belfast’s Coat of Arms and celebrates the City’s Maritime history. Old photographs from the glory days of the Grand Central show the Seahorse motif feature on menus and plates. This new interpretation of the classic Belfast emblem is a permanent reminder of the new Grand Central’s connection with its elegant past.