The 5-star Gran Meliá Palacio de los Duques in the historical and artistic heart of Madrid has opened its doors.

Gran Meliá Palacio de los Duques is located in the renovated building that was previously the well-known Hotel Ambassador, on the former site of two important buildings: the convent of Santo Domingo and the palace of the Dukes of Granada de Ega y Villahermosa.

Among the collection of Leading Hotels of the World, Gran Meliá Palacio de los Duques is based on the legacy of works by Diego Velázquez. A total of nine reproductions inspire each of the suites and public spaces. Art has become the essence of this majestic building, in which the modern exists harmoniously with original 19th century features, such as the Isabelline facade, the spectacular central wrought-iron and wooden staircase and the cloister with its glass dome, which is now the hotel lobby. Another major attraction is its Historical Garden, perfect for discovering the avant-garde range of cuisine. 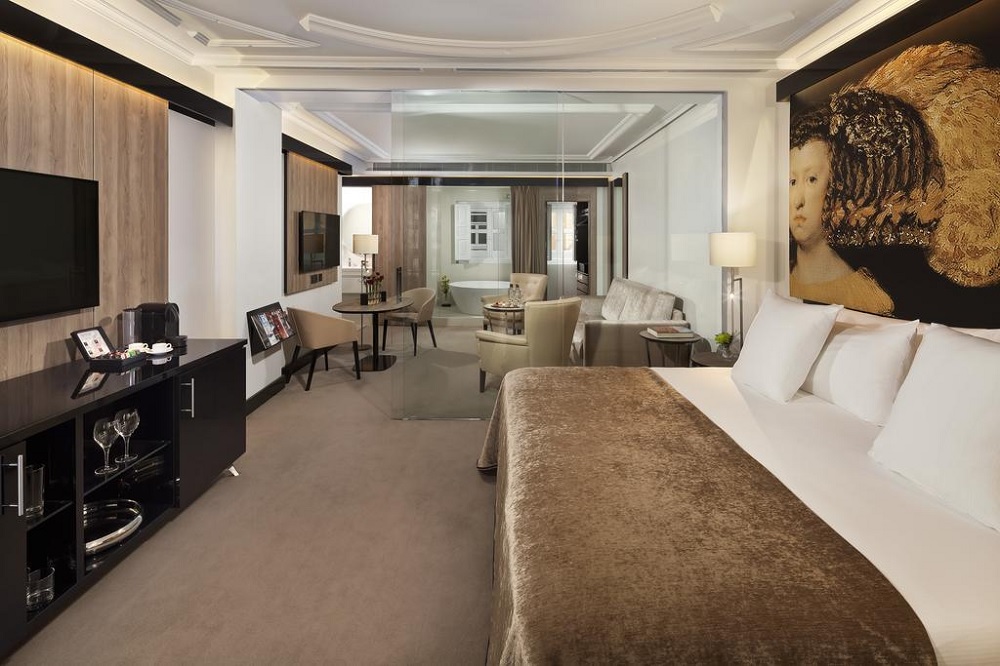 Stylish and sophisticated, the 180 rooms boast the latest technology, as well as a Nespresso coffee machine, a mini-bar and a wide range of Clarins beauty products.

Meliá Hotels International is committed to the luxury segment within the Gran Meliá brand with its two new openings of Gran Meliá Palacio de los Duques and Gran Meliá de Mar in Spain and the forthcoming addition of Gran Meliá Nacional Río de Janeiro in Brazil. All of these feature its characteristic RedGlove Service; “the combination of the tradition of the white glove and the elegance of the red carpet with the intrinsically Spanish passion that inspires everything we do”.