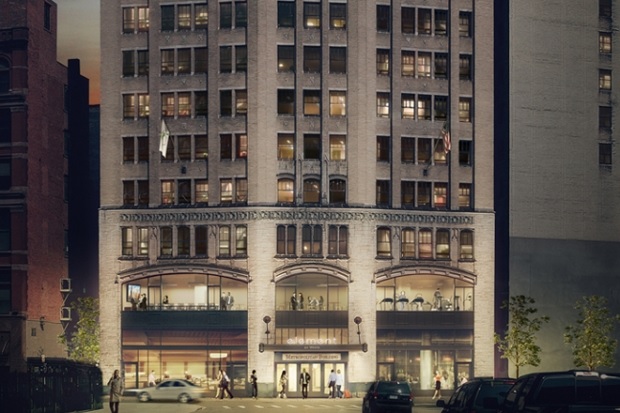 Starwood Hotels has announced Element Hotels, its stylish eco-incubator brand, will debut in Detroit in July 2018, following an adaptive re-use project that will transform the historic Metropolitan Building into an upscale mixed-use development.

Element Detroit at the Metropolitan Building will feature 110 light-filled rooms and an atmosphere designed to ‘fuel a life in balance and on the move’. 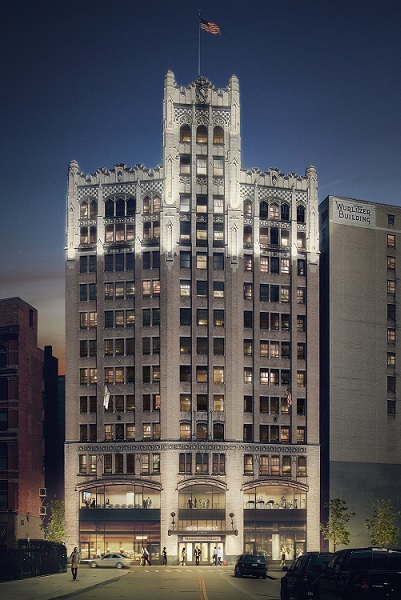 “We look forward to introducing Element to Detroit with this exciting adaptive re-use project that will retain the historic charm of the Metropolitan Building, while turning it into a sleek and stylish destination for travelers visiting the ‘Motor City,'” said Brian McGuinness, Senior Vice President of Specialty Select Brands for Starwood.

“On track to more than double its global portfolio in the next three years, Element offers travelers bright modern design, an energizing atmosphere, and everything they need for smart, sustainable living.”

The 14-storey neo-gothic Metropolitan Building was designed by the Detroit firm of Weston and Ellington and opened in 1925 as a jewellery emporium, housing diamond cutters, goldsmiths and silver workers on the upper floors and retail on the lower levels.

Building on the success of the recently opened Aloft Detroit at The David Whitney, the Element adaptive re-use project will include the restoration of the hotel’s exterior and a top-to-bottom renovation of the interior, while preserving elements of the Metropolitan Building’s original ornate lobby and mezzanine. The 100,000 square-foot building will feature 2,000 square feet of state-of-the-art meeting space on the second floor mezzanine level with attractive views of the city skyline, approximately 7,000 square feet of retail on the ground floor and lower level, and an outdoor patio on the 11th floor rear rooftop.

A recognised industry leader in the eco-space, Element offers travellers a fresh interpretation of the traditional hotel experience with eco-minded sensibilities. Spacious studios and one-bedroom suites at Element Detroit at the Metropolitan Building will offer a fluid design of modular furniture, fully equipped kitchens, the signature Heavenly® Bed and spa-inspired bathrooms.