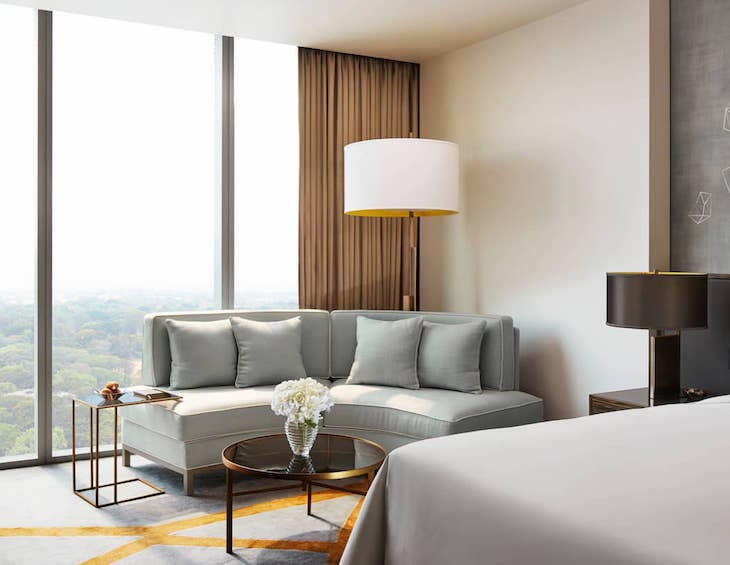 Designed to reflect relaxed luxury in a booming city, the all-new Four Seasons Hotel Bengaluru at Embassy ONE is now open…

Rooms and suites offer views of the greenery, some featuring the Palace Grounds. At the Hotel’s dining venues, Four Seasons chefs and mixologists take centre stage in interactive style bringing energy and vitality to the dining experience. Embassy ONE is also home to 105 Four Seasons Private Residences, the first of its kind in India.

“We are delighted to welcome our first guests, and particularly excited to showcase the modern city of Bengaluru to our visitors,” says General Manager Fredrik Blomqvist, who oversees a hand-picked team of nearly 250 deeply dedicated employees. “It’s such an exciting time in southern India, and we are proud to be at the forefront of the city’s business and social lives.”

Developed by India’s leading developer Embassy Group, Four Seasons Hotel Bengaluru at Embassy ONE brims with modern sophistication featuring interiors by Yabu Pushelberg, beautifully complemented by a carefully curated collection of paintings, prints and sculptures by more than 25 contemporary Indian artists throughout the Hotel. Rooms and suites offer views of the greenery, some featuring the Palace Grounds. At the Hotel’s dining venues, Four Seasons chefs and mixologists take centre stage in interactive style bringing energy and vitality to the dining experience. Embassy ONE is also home to 105 Four Seasons Private Residences, the first of its kind in India. 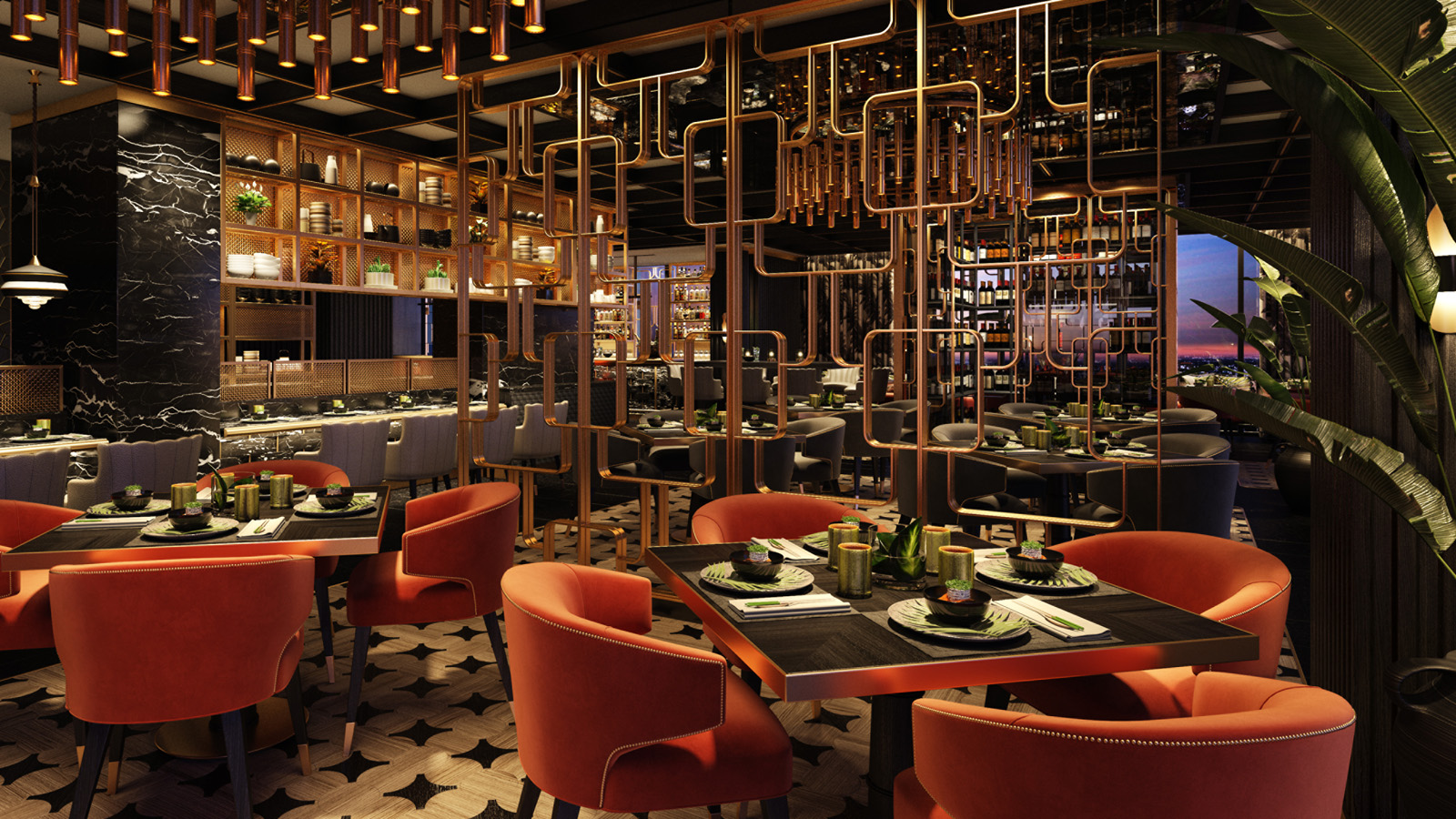 “It is very fulfilling to see Four Seasons open its doors to the city of Bangalore. What started off as a vision of excellence in service and hospitality is now a reality. The many synergies in our culture, service offerings, and vision between Four Seasons and the Embassy Group have brought us together to create this iconic asset. We are positive that the extraordinary experiences that Four Seasons offers will continue to build loyalty among customers, making it their first choice of luxury hospitality in Bangalore.” says Jitu Virwani, Chairman & Managing Director, Embassy Group.

“It’s truly a milestone as we open our second hotel in India,” notes Rainer Stampfer, Four Seasons President Hotel Operations – Asia Pacific. “Together with our property in Mumbai, Four Seasons reflects the vibrancy and poise of modern India through design, experiences and personalised service to meet the needs of both travellers and local residents.”

A Garden Oasis
Set amid 5.6 acres of landscaped gardens and water features including a (100 feet) outdoor pool, the Embassy ONE oasis mirrors the city’s unique combination of modern urban architecture dotted with calming parks and gardens.

Inside Four Seasons Hotel Bengaluru, 191 guestrooms and 39 suites are light filled, with crisp lines and thoughtful details designed for today’s luxury traveller, whether in town for business, enjoying a romantic weekend getaway or bringing the whole family for a vacation. Highly recommended are the Garden Suites with a living and dining area opening onto a private terrace, separated from the luxurious bedroom, generous bathroom and double closets.

All accommodations feature the fully customisable Four Seasons Bed with a choice of plush, signature mattress topper to ensure a good night’s rest.

Urban views of the lush tree tops across the city, emphasize the abounding greenery that Bengaluru is famed for.