Exeter fire rips through one of England’s ‘oldest hotels’ 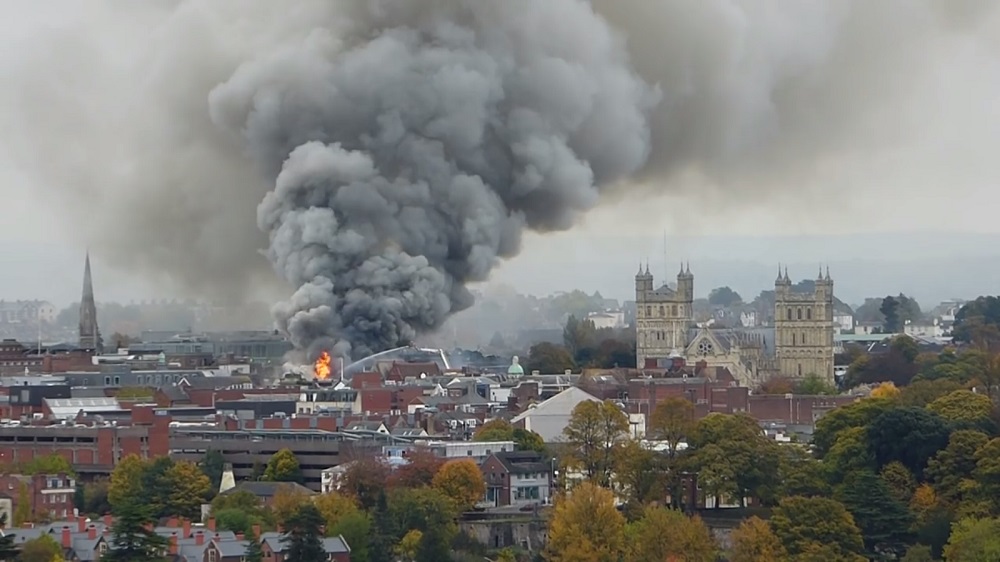 Firefighters spent much of Friday (28 October) tackling a blaze which has ripped through buildings in the city of Exeter, including what is believed to be the ‘oldest hotel in England’.

The fire is believed to have started at an art gallery which faces Exeter Cathedral in Devon, but has now spread to the nearby Royal Clarence Hotel, according to BBC reports.

Speaking to the BBC, he said: “It’s the building where they first declared themselves as a hotel, before that we had inns, but they took the new French word and applied it to their building. This was the place to stay.

“All these buildings have medieval origins and the buildings in between are very fine 17th century buildings of Exeter at its height. So whatever you see from the outside, it’s got a deeper, more interesting past just behind the plasterwork.

Thankfully, the hotel has been evacuated and all staff and residents are accounted for. There are no reported casualties.

A spokesperson from the hotel said: “We are continuing to monitor the situation and send our sympathy to our neighbours and all those affected by the fire.”