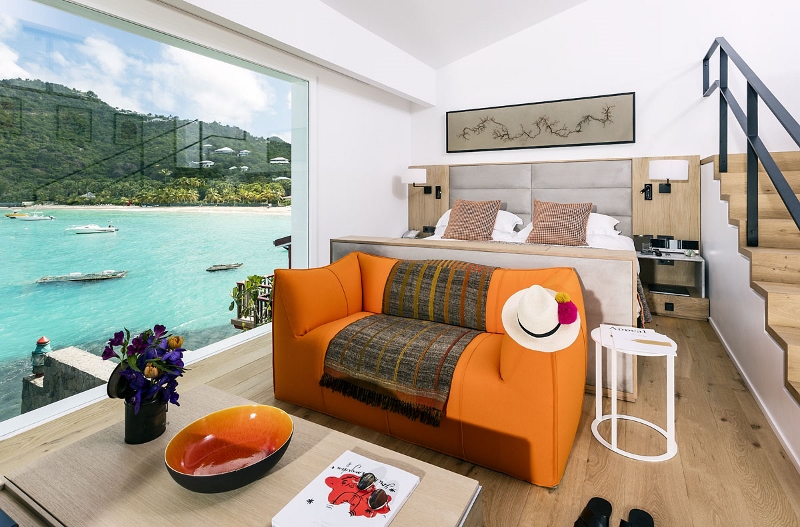 The hotel is undergoing an extensive renovation and restructuring, following the impact of Hurricane Irma in September 2017…

Eden Rock – St Barths, the Caribbean legend in the prestigious Oetker Collection, has announced that it will reopen its doors on 22 December 2018 after an extensive renovation and restructuring following the impact of Hurricane Irma last year.

While the majority of the Caribbean (nearly 70 per cent) was not damaged by Hurricane Irma and Maria, islands such as St Barths unfortunately were. Despite this, St Barths has been announced as ‘open’ since November last year, and the reopening of Eden Rock is a small yet significant milestone to amplify the island as a unique Caribbean hotspot once more.

Owner of Eden Rock – St Barths Jane Matthews has been central within the redesign, working with firms such as Martin Brudnizki Design Studio (MBDS) London, Mercure Engineering & Consulting Paris, Architectonik St Barths and Eden Rock Design. The collaborative group has redesigned and refurbished the entire property with a fresh look and feel, while preserving the heritage and incomparable atmosphere for which Eden Rock is loved.

Throughout the rebuilding process, Fabrice Moizan, General Manager demonstrated the work-rate and optimism that have long been associated with Eden Rock: “We sought an opportunity following a disaster,” said Moizan. We took a different perspective on the situation and now Eden Rock – St Barths is coming back stronger and better than before. Both the hotel and the team are completely refreshed, full of energy and ready to rock and roll!”

The design brief was to create an even more laidback Eden Rock style. All rooms, suites and villas have been renovated, and an additional two suites with spacious private pools have been added ahead of a further three brand new suites to be revealed on the very top of the rock in 2019. The hands-on Matthews has also expanded her art collection within the property, and takes pleasure in introducing guests to wonderful new talent via the New York Academy of Art.

MBDS will be redesigning the famous Villa Rockstar, Villa Nina and the resort’s restaurants. The new buildings will retain St Barths character with its relaxed beach style. The Sand Bar, for example, has been transformed to bring the outdoor indoors and remains culinary heart of the hotel.

The new Rémy Room and Bar is named after Eden Rock’s original owner, paying tribute to his pioneering spirit. A casual beach bar has been added, as well as a new sun deck with shaded loungers.

The reopening of Eden Rock – St Barths is another example showing that the Caribbean is very much open for business.