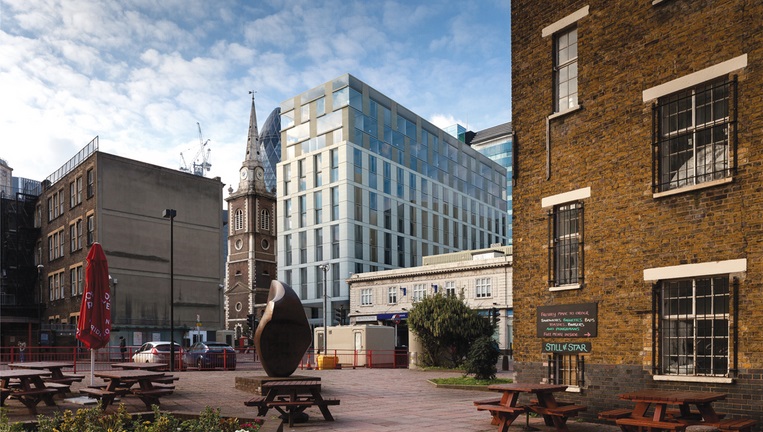 Dorsett Hospitality International is delighted to announce the development of its second hotel in London, Dorsett City, a 13 storey building formerly known as The Matrix, located next to Aldgate tube station and the 18th century St Botolph Church.

On this exciting expansion, Winnie Chiu, President and Executive Director of Dorsett Hospitality International commented, “We consider the United Kingdom to be one of the most popular destinations for tourists and business travellers around the world. Major European countries, including the UK, are attracting an unprecedented number of Chinese arrivals and the opening of a second hotel in London will continue to capture this key market for Dorsett, in line with our ongoing business strategy.”

Set to open in Q1 2017, the 13-storey Dorsett City, London will be a sleek and sensitively-designed building with 275 guestrooms and will also house two restaurants, a bar and 1,600 sq. ft. of meeting space for the business community – to be carried out by Dexter Moren Associates.

John Connolly, Head of UK Development for Dorsett Hospitality International said, “Given the architectural sensitivity of this historic and typically dense area of London, The Matrix is indeed a landmark building; both figuratively as well as architecturally; and we are indeed honoured and grateful to the local community and The City of London Corporation for granting us the approval to proceed with our re-development plan.”