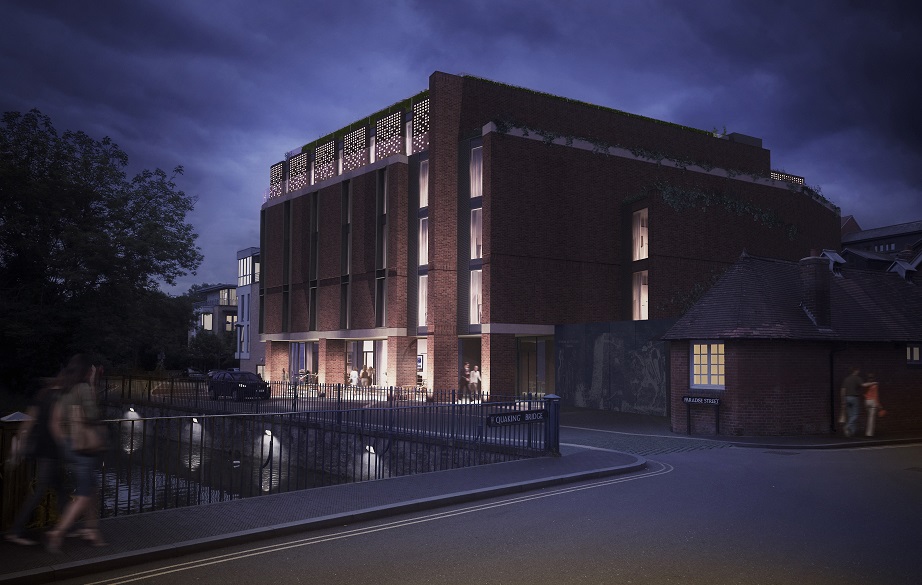 Dominvs Group has secured planning permission from Oxford County Council for a new 140-room hotel scheme at Paradise Street in central Oxford, close to the site of Oxford Castle.

Dominvs will develop and operate the hotel under the Courtyard by Marriott brand. Offering high quality guest accommodation arranged over six storeys, the hotel will replace the existing Cooper Callas building, a disused industrial site. The scheme will include food and beverage facilities accessible by both hotel guests and the local community, while its stand-out feature will be a roof garden and terrace with views of Oxford Castle.

The site had been identified by Oxford City Council for re-development within the West End Area Action Plan, as part of which the old Westgate Shopping Centre is also being overhauled and is due to re-open later this year.

Oxford City Council welcomed the proposal from Dominvs, which responds to the high volume of local tourism and creates 70 new jobs in a variety of roles. The designs for the building mirror the brickwork and fenestration in the surrounding streets, and received approval from Historic England.

Dominvs Group is experienced in developing hotel sites at landmark locations that are sensitive to their historic surroundings. This will be the group’s second development alongside Marriott with work already underway on the conversion of the former Tower Bridge Magistrates Court into a luxury 200-bedroom hotel. The hotel will be part of Autograph Collection Hotels, Marriott International’s growing portfolio of one-of-a-kind independent hotels. Additionally, the group recently secured planning permission from the City of London Corporation to develop a hotel at Ludgate Hill, in the St Paul’s Cathedral conservation area.