Bulgari steams ahead to open Bulgari Hotel Paris in 2020 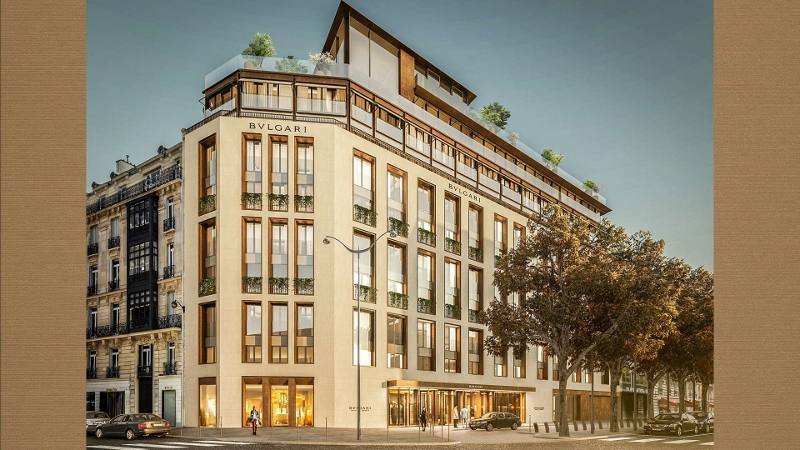 Bulgari Hotels and Resort isn’t cutting corners on its plans to extend its offering of high-end luxury with a new hotel in Paris set to open in 2020.

The new 76-key hotel will comprise of a large spa, which will feature a 25-metre pool. It will shelter a Bulgari restaurant, bar and an open courtyard garden.

Positioned in the exclusive neighbourhoods around luxury stores on Avenue George, the hotel’s location is a further nod to the luxury brand and its familiarisation with fashion.

At the helm of the design is architectural firm Antonio Citterio Patricia Viel and French-studio Valode & Pistre.

In a press release the group said that “The restyling of the building has been conceived as a transition to modernity: while both the use of the typical Parisian limestone and the respect of the ‘alignment’ criteria recall the 19th century Haussmanian urban patterns, the completely renewed façade evokes a rationalistic style that is an expression of the most contemporary architectural design”.

The planned opening of Bulgari Hotel Paris will become the seventh hotel in the group’s portfolio. Launched in 2001 as a joint venture between the luxury Italian brand and hotel group Marriott International, is seeking further expansion in Europe. With a further two hotels in the pipeline – in Moscow and Tokyo – the luxury group is setting its sights on the global hotel scene.