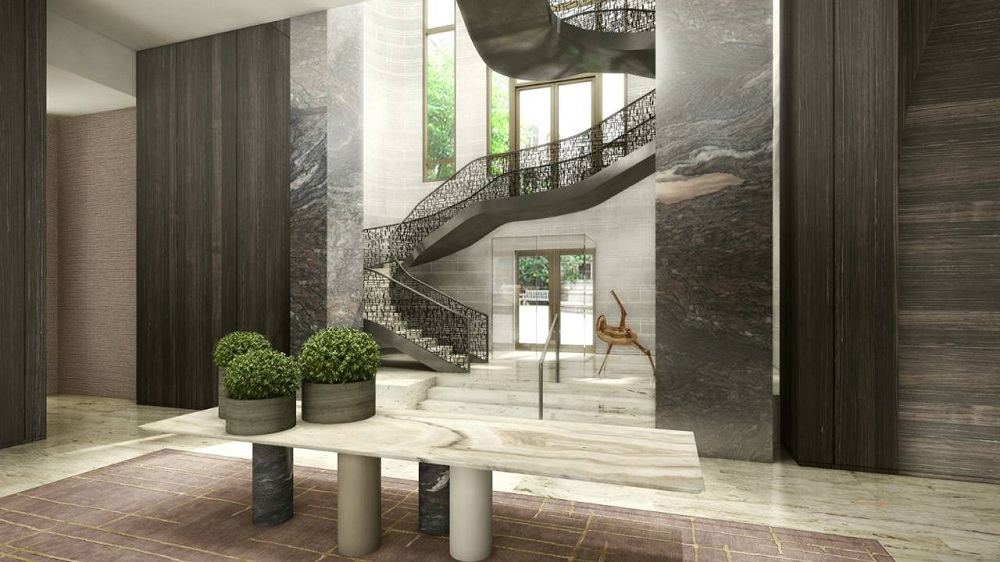 Opening in late summer 2016 in the heart of the new Lower Manhattan just a block from the World Trade Center, Four Seasons Hotel New York Downtown will be the brand’s second location in the city, and will introduce the very first Manhattan restaurant by acclaimed Chef Wolfgang Puck.

The two-storey lobby layers architectural elements in response to the ever-evolving urban landscape that surrounds it. Feet rest on soft wool carpeting as the eye takes in original artworks displayed against rich wood walls and woven metal screens. Brushed bronze accents and fabrics in muted jewel tones invite casual socialising, while a dramatic suspended staircase hints at the gracious gathering spaces above.

Throughout the interiors designed by Toronto and Soho-based Yabu Pushelberg, the aesthetic combines varying textures to create spaces that are distinctly modern, and yet immediately welcoming. 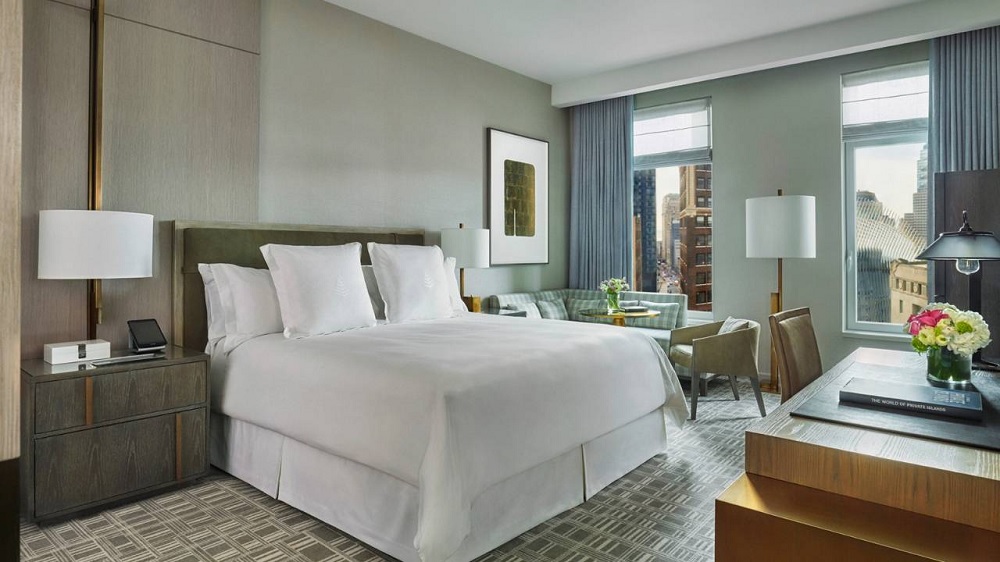 The opening of Four Seasons Hotel New York Downtown also marks a milestone in the career of celebrity chef Wolfgang Puck, who is opening his first restaurant in Manhattan within the Hotel. His widely acclaimed and wildly popular steakhouse concept CUT by Wolfgang Puck – first introduced at Beverly Wilshire, Beverly Hills, A Four Seasons Hotel – will be accessed via the Hotel or its own entrance around the corner on Church Street.

With interiors by French architect and designer Jacques Garcia, CUT by Wolfgang Puck will encompass an 86-seat main dining room as well as a 32-seat lounge with 10 seats at the bar. A generously-sized private dining room will host up to 31 guests. 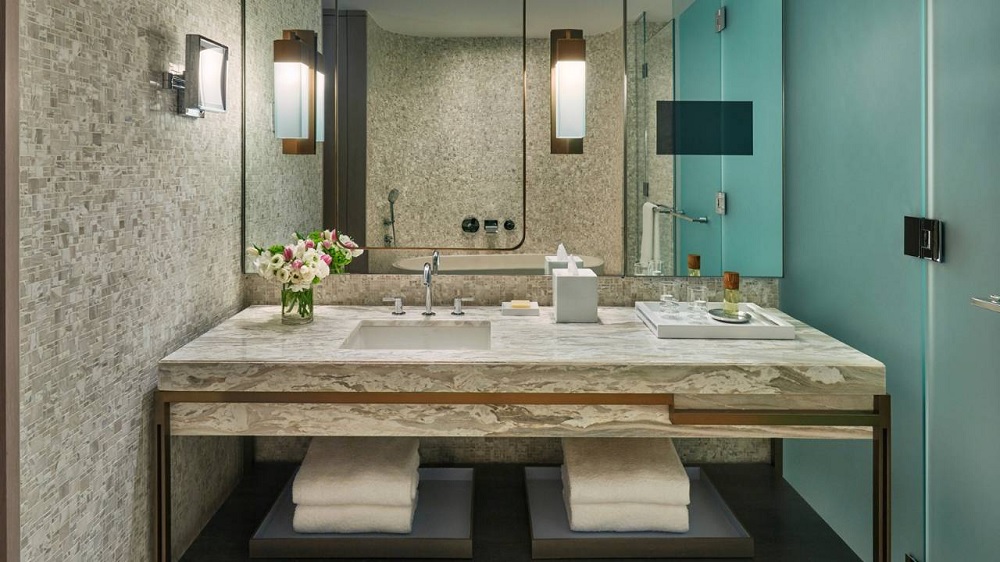 “In a city that always surprises, there’s a kind of Renaissance happening in its oldest area. No longer simply a business district, Downtown New York is being reborn as a place where people not only work, but they live,” says Peter Humig, General Manager of the soon-to-be-opened Four Seasons Hotel New York Downtown. “A new layer of community is emerging amid the neighbourhoods we already know so well including Tribeca, Soho and Wall Street. Exciting new architecture has taken shape, cultural institutions such as the Whitney Museum of American Art have opened alongside the area’s art galleries, new shops and restaurants are launching every week, and businesses are moving back to Lower Manhattan.”