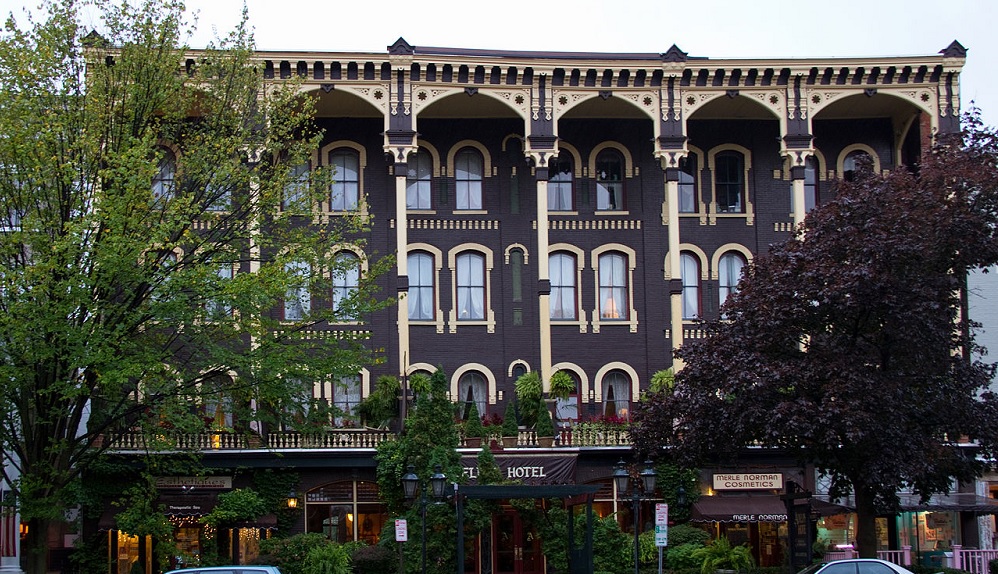 Originally built in 1877, the newly renovated Adelphi Hotel will reopen in Spring 2017, blending old world grace and its iconic Victorian grandeur with modern touches to create a memorable hospitality experience of luxury and elegance in order to live up to the history and legacy of The Adelphi Hotel.

As the last surviving hotel of Saratoga’s Golden Age, beauty and appreciation to historic details are found everywhere – from restoring the 11-foot ceilings and grand staircase to the signature design of the hotel’s spaces, The Adelphi aims to reinvent the style of Saratoga Springs’ bygone era luxury as modern luxury.

The Adelphi Hospitality Group has also focused on the engineering of the 150-year-old building to ensure it is structurally sound for centuries to come. Crews replaced deteriorated columns, installed load-bearing steel beams, and poured concrete to replace uneven wood floors that had worn out over the years. The team now focuses on the final phase of the project: finishing the interiors to honor the past and storied history of The Adelphi.

“The revitalized Adelphi Hotel will honor the distinct style and simple elegance of Saratoga Springs, while delivering a modern and luxurious sensibility that embodies first class services of a grand hotel,” said Simon Milde, Managing Partner of the Adelphi Hospitality Group. “The 150-year-old historic boutique hotel has been reimagined for the millennium to personify a modern twist, and eclectic revival of, timeless ideals. Our goal is to honor the past by looking at every element that makes each experience memorable for our guests.”

The architect for the Adelphi Hotel renovation is Dominick Ranieri Architect, P.C. in Schenectady, New York. Ranieri is providing his architecture and historic preservation expertise for the property, transforming the 19th century building into one of splendor without sacrificing character. The exterior of the building including the Courtyard garden areas designed by Ranieri will exude the ambiance of the grand Victorian era with stone patios, fountains and landscape garden walls. Architectural and Interior Design firm Glen & Company Architecture is refurbishing the interiors of the hotel, helping to usher the Adelphi Hotel into the 21st century, while respecting its heritage through its redesign of the 32 guest rooms, the hotel’s public spaces including the lobby bar, restaurant, second floor piazza, conservatory café, among many others.

The interior will be modernised for 21st-century standards with thoughtfully designed spaces, continuing its 150-year tradition as the epicenter of the city, and the property’s grand staircase, which ascends from the hotel’s richly appointed lobby, will be restored and fully functional. Existing furnishings have been carefully removed, meticulously photographed and catalogued, then returned into place after the renovation. Many of the pieces have been refurbished and will be repurposed into new life at The Adelphi Hotel.

The front of the renovated hotel will be upgraded to have a streamlined look while still maintaining its historical character evocative of its extravagant past. French doors will open to a patio and a 1,200-square-foot, glass-walled conservatory, ideal for private dining, will overlook the hotel’s courtyard and lush gardens. Luxury services and amenities will complement the elegance of the guest rooms and suites.

The Adelphi Hotel aims to become a sought-after dining and entertainment destination in Saratoga Springs for both locals and visiting guests. Upon entering the grand lobby, guests can access the approachable bar integrated into the space, elevated bistro and marketplace that will evolve into a wine bar in the evening, and full-service restaurant with private dining wine room, all while overlooking the serene landscaped gardens on the hotel grounds.

The Adelphi Hospitality Group’s first project, Salt & Char, is a modern American steakhouse located adjacent to the Adelphi Hotel and opened in July 2016. Construction is expected to be completed by spring of 2017.