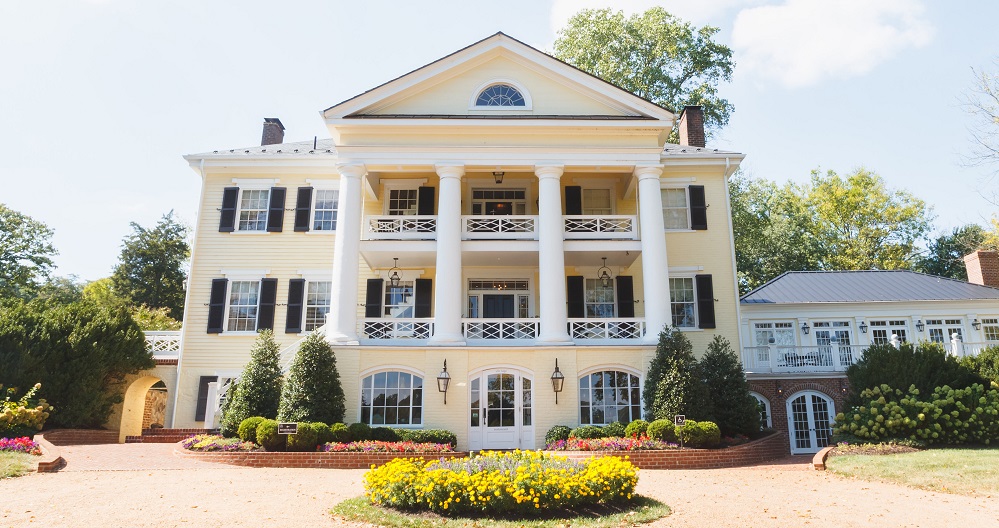 Historic Hotels of America and Historic Hotels Worldwide have inducted 17 ‘historic hotels’ into membership during April 2017. Some of the hotels joining date back to the 13th century. The 17 iconic hotels represent different independent hotels, brands, and collections from around the world and from 10 countries.

Historic Hotels of America has inducted these hotels through April 2017:

Inn at Willow Grove (1778) Orange, Virginia
Hotel fun fact: During the Revolutionary War Generals Wayne (Georgia) and Muhlenberg (Pennsylvania) camped at Willow Grove during the southern campaign to assist Marquis de Lafayette in forcing the British to surrender. Inn at Willow Grove was listed in the National Register of Historic Places in 1979 and the Virginia Landmarks Register in 1978.

Penn Wells Hotel (1869) Wellsboro, Pennsylvania
Hotel fun fact: The Philadelphia Inquirer called it “the gem of the Roosevelt Highway.” During World War II, Corning Glass Works, the predecessor to today’s Corning Inc. celebrated its Christmas party at the hotel, and in appreciation, presented the iconic American flag made of 1,438 Christmas ornaments which can be seen today in the lobby. 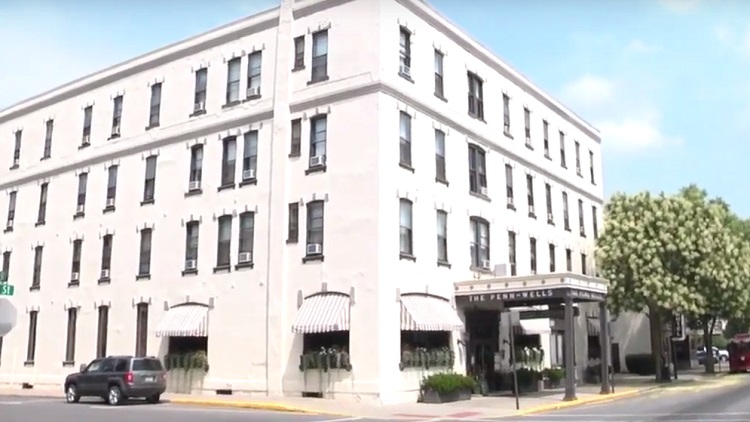 Hotel Saranac, Curio Collection by Hilton (1927) Saranac Lake, New York
Hotel fun fact: An iconic landmark in the Saranac Lake village, the hotel has been thoughtfully restored and renovated while maintaining its historic charm and fascinating architecture, including the Great Hall, inspired by a 14th century Italian palace.

Alpenhof Lodge (1965) Teton Village, Wyoming
Hotel fun fact: The Alpenhof Lodge, was listed in the National Register of Historic Places in 2016. Alpenhof, the first lodge built in Teton Village, preserves its Bavarian-heritage style similar to those in many Alpine ski resort destinations. 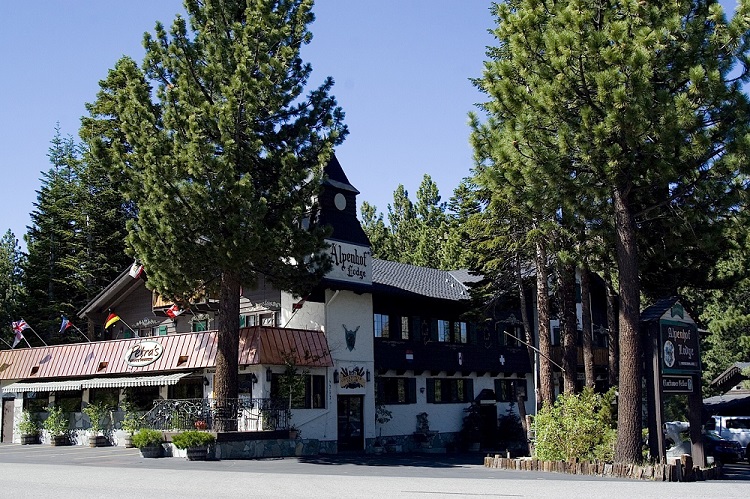 Historic Hotels Worldwide has inducted these hotels through April 2017:

NH Collection Florence Porta Rossa (13th Century) Florence, Italy
Hotel fun fact: The windows of the hotel bear an inscription in Italian, Per non dormire “[A reward] For not sleeping,” the motto of the Salimbeni family, the first owners of the ancient palace. This hotel is thought to be among the oldest in Italy. 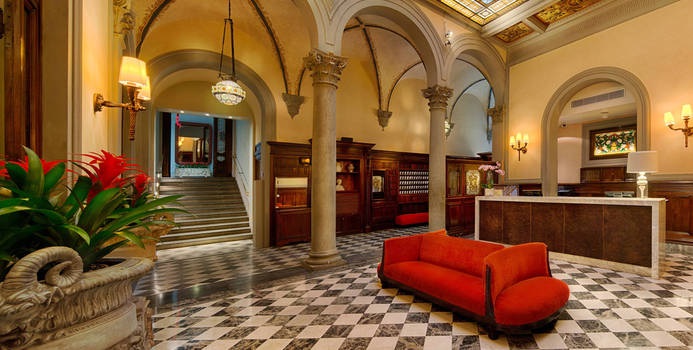 Old Course Hotel, Golf Resort & Spa (1400) St. Andrews, Scotland
Hotel fun fact: The Old Course at St. Andrews is one of the oldest golf courses in the world. Golf became popular in the Middle Ages, so much so that the game was banned in 1457 by King James II of Scotland, who felt it was distracting young men from archery practice. Succeeding monarchs repeated this ban until James IV became a golfer himself. 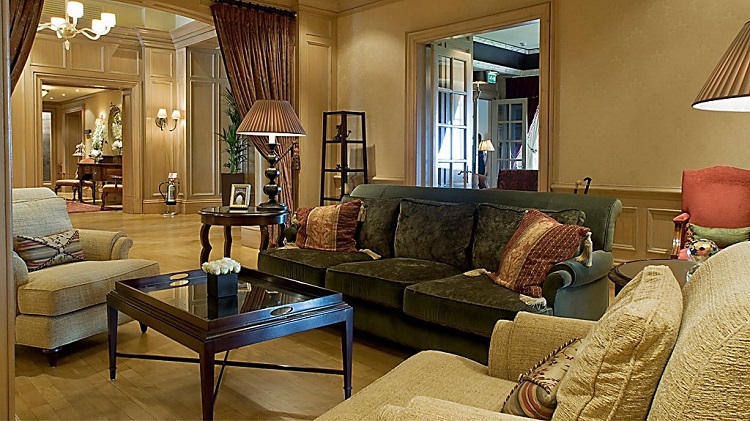 NH Collection Amsterdam Barbizon Palace (15th Century) Amsterdam, Netherlands
Hotel fun fact: Located across from Amsterdam Central Station, the heart of the hotel is built from several 17th century Dutch townhouses that have been seamlessly combined. The hotel’s predominant meeting space is the 15th century St. Olaf Chapel. The chapel, named for the Norwegian monarch from 1015 to 1028, is believed to be one of the oldest standing structures in Amsterdam and is accessible through an underground passageway.

Domus Renier Boutique Hotel (1608) Chania, Crete, Greece
Hotel fun fact: For centuries, Chania Harbor served as the first defense against invading armies from the Roman Empire, the Byzantine Peninsula, and the Ottoman Empire. The entire Chania area, including its classic architecture, spectacular towers, awe inspiring gates, tranquil monasteries, opulent palaces, clandestine underground exits and entrances, and historic fortifications, is pending approval and designation as a UNESCO World Heritage Site. The hotel complex that houses the palazzo, constructed in the beginning of the 15th century, is also home to a small family chapel, the Panagia of Renier, which is located on the back side of the mansion itself. This chapel, as well as the gate to the palace, have remained untouched. They have been preserved and are in magnificent condition.

Hotel Taschenbergpalais Kempinski Dresden (18th Century) Dresden, Germany
Hotel fun fact: Taschenbergpalais had a prominent role in the history of the Saxony region and the city of Dresden. Originally built by a celebrated patron of architecture, and King of Poland, Augustus II the Strong, the palace became the home for generations of Crown Princes and their families. Following an incredible restoration that began in 1992, the palace was transformed back into a luxurious celebration of its royal past and opened as a luxury hotel. 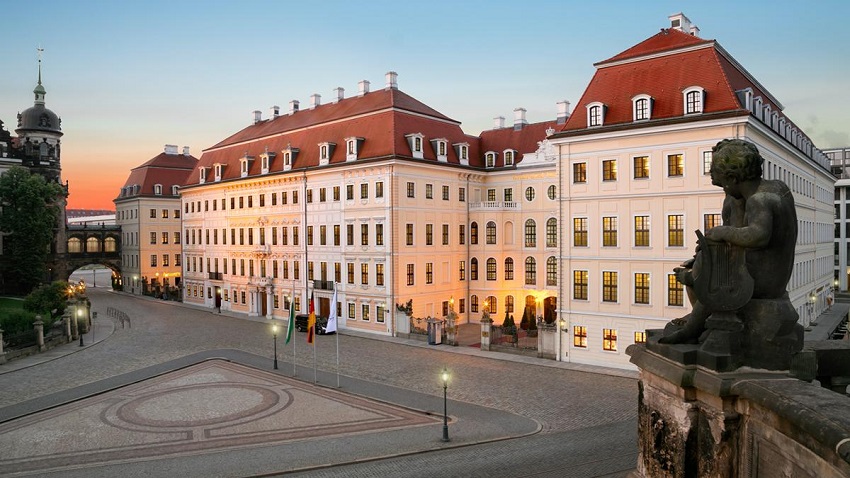 NH Collection Amsterdam Doelen (1815) Amsterdam, Netherlands
Hotel fun fact: Overlooking the beautiful Amstel River and dating from the 15th century, the original building, The Swych Utrecht tower, was built in 1481 as part of the complete defense wall that protected the city. The tower was used as a military training space, or a “doelen,” for the Kloveniers, who were civic militia guards. In 1642, the civic guards assigned Rembrandt van Rijn to produce a group portrait of their militia company. This painting was later called The Night Watch and became one of the most famous paintings in the world. By the 17th century, the tower had been expanded into the City Hall, and in 1815, it was transformed into a hotel. The hotel’s Rembrandt Suite is along the wall where The Night Watch was first displayed.

NH Collection Venice Palazzo Barocci (1890) Venice, Italy
Hotel fun fact: The hotel is located in a former Venetian palace, overlooking the Grand Canal and the Rialto Bridge, and built on the site of the former Teatro San angelo (1676). Renowned composer Vivaldi premiered many of his famous operas in this theater. Today, the images that line the walls of the hotel are all historic Venice from the Alinari collection; Fratelli Alinari being the world’s oldest photography studio dating back to 1852. 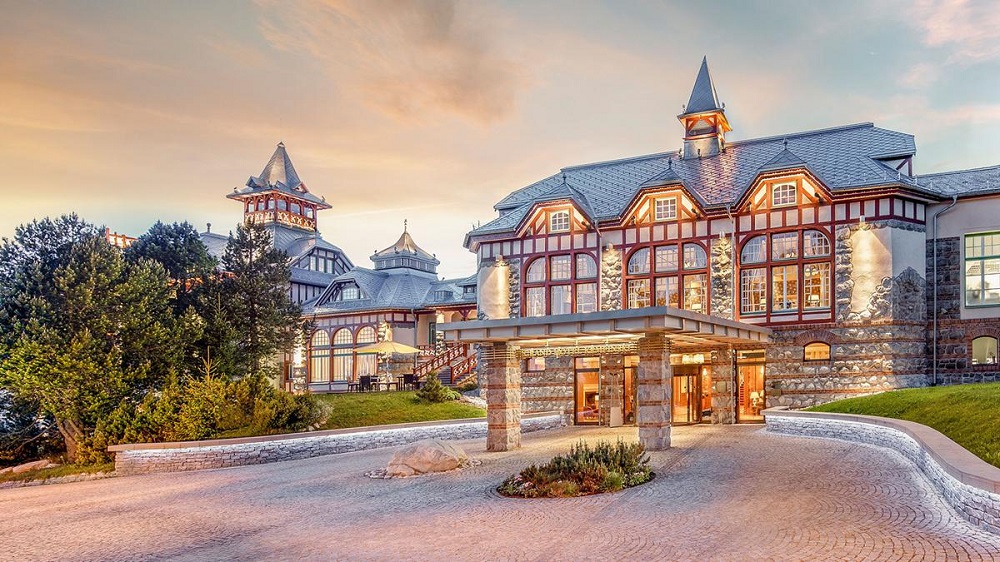 NH Collection Roma Palazzo Cinquecento (1900s) Rome, Italy
Hotel fun fact: Originally built as a post office in the early 1900s this historic hotel overlooks an idyllic garden. In front of this garden is a section of the Servian Wall, which was constructed to protect “The Eternal City” in the 4th century BC.

Hotel Adlon Kempinski (1907) Berlin, Germany
Hotel fun fact: Hotel Adlon Kempinski is one of the most legendary hotels in Germany. The list of famous guests that stayed at the original Hotel Adlon is a virtual “who’s who” of celebrities and entertainers. Albert Einstein could often be seen in the window of his corner suite, which overlooked the Brandenburg Gate, waving to pedestrians on the Pariser Platz below. Suite 101-114 was the preferred room of Charlie Chaplin. Other famous guests include industrialists Henry Ford and Thomas Edison, Presidents Herbert Hoover, Theodore and Franklin D. Roosevelt; and Hollywood luminaries Mary Pickford and Josephine Baker. The second Hotel Adlon re-opened on August 23, 1997 and celebrates over 100 years of history. 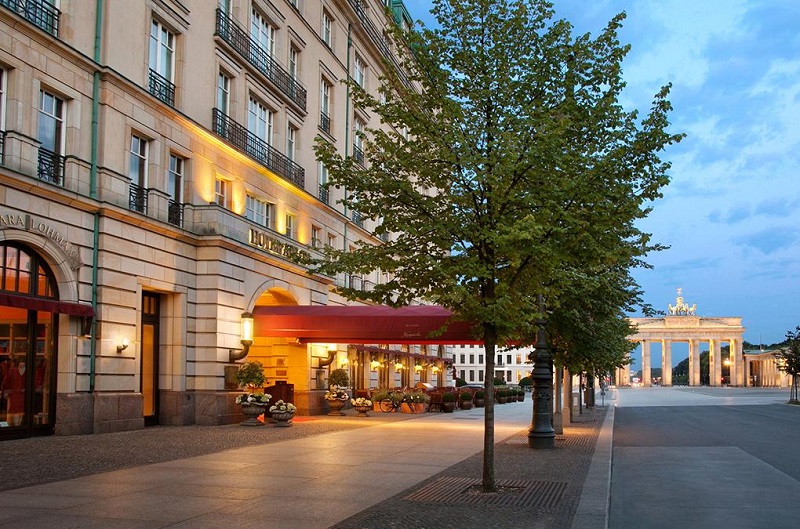 NH Collection Brussels Centre (1926) Brussels, Belgium
Hotel fun fact: This Art Deco hotel near the Rue Neuve, was built for visitors to the 1930 World Exposition. In honor of its centennial, Belgium welcomed guests from around the world to two massive fairs in Liege and Antwerp. The hotel was designed by Michel Polak (1885-1948), a famous Belgian architect recognized for his art deco, classicism, and modernism architectural styles. He is credited with numerous projects within Europe including the renovation of the personal Villa for Henri Nestlé, founder of the Nestlé Company, in Montreux, Switzerland.

Tivoli Lisboa (1933) Lisbon, Portugal
Hotel fun fact: The Tivoli Lisboa is just a short walk from traditional Portuguese neighborhoods such as the Bairro Alto and Chiado. The hotel’s name is from the landmark music hall/cinema (Teatro Tivoli) that still occupies the western corner of the Avenida da Liberdade. Beatriz Costa was the biggest star of musical theatre in Portugal and Brazil. She lived the last 30 years of her life in room number 600 and is the “soul” of the hotel.