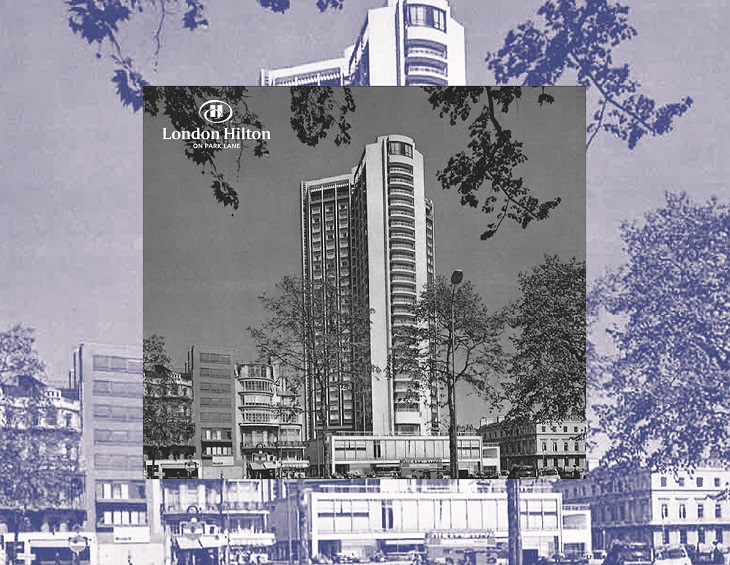 The London Hilton on Park Lane, which was the first Hilton hotel to open in the UK, has opened an exhibition today for guests and visitors alike to explore the brand’s 100-year history…

100 Years of Hilton exhibition has opened to showcase the iconic history of the the group’s first hotel in the UK, London Hilton Park Lane, since opening in 1963 and explores the history Hilton as a brand and the London Hilton on Park Lane as an institution across the hospitality and London landscape.

A hotel of many firsts, founder Conrad Hilton himself commissioned what was the biggest post-war hotel build in Europe, standing at a majestic 28 floors. Conrad Hilton was noted upon opening the London Hilton on Park Lane as saying:

The hotel is known to have had a significant financial impact on the London economy, cited at around £7 million upon opening in 1963 and the hotel is proud to have helped redefine the UK’s event industry; one valued at an estimated £18.1 billion today and recently overtook Marriott International to become as “world’s most valuable” hotel brand.

“In a city as globally significant and as popular as London,” said Michael Shepherd, the longest serving General Manager of the London Hilton on Park Lane. “Standing out isn’t easy or straightforward; for the Hilton to land here in the 1960’s and immediately set the standard was quite a feat. To still be going strong and remain one of this city’s great hospitality settings is fitting to the work of the hotel staff, and shows that the Hilton brand is still timeless and appealing to guests around the world today.

“As Hilton turns 100, the celebrations will look at the positive, world-altering impact Hilton continues to have on billions of lives and thousands of communities around the globe, pioneering new travel markets and bringing people and cultures together, while expanding new horizons and opportunities.”

The exhibition will be displayed in the lobby area, and is open for guests and visitors to enjoy from Tuesday 28th May to Sunday 2nd June.