Checking back in to The Grove, Hertfordshire 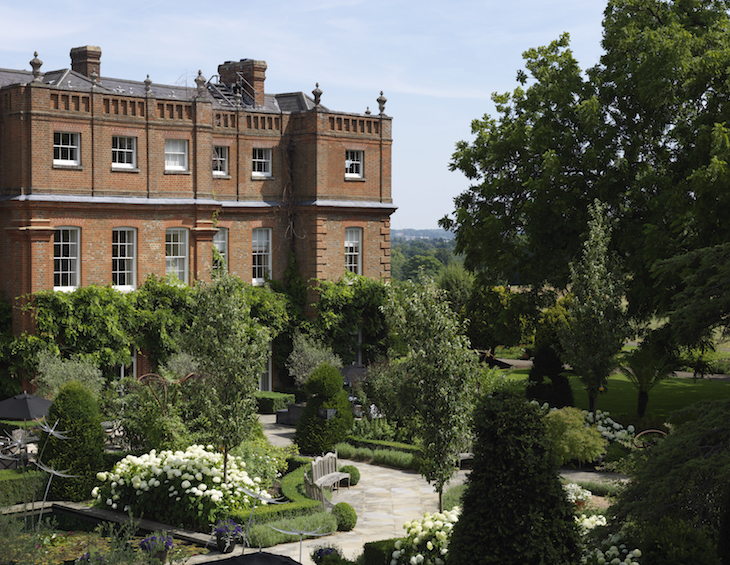 Socially distanced from London’s hustle and bustle, but still within 20 miles of the city, The Grove is a country estate set within 300 acres of glorious Hertfordshire countryside. Its most recent renovation, led by British designer Martin Hulbert, answers only to nature and ushers the hotel into a new era – perfect for those seeking a luxury staycation within reach of the Capital – as editor Hamish Kilburn learns when he becomes the latest Hotel Designs editor to check in…

The lush countryside that surrounds The Grove used to form part of my running route – whether or not I was technically trespassing, is another matter entirely (one tends to think it best to claim ignorance to such details). At the time, the landscape architecture and the vastness of the estate’s grounds provided a welcome distraction to the miles I was clocking up, but also made me feel as if I had entered a secret garden that most – with the hotel being set back and away from any public footpaths – would just run past, oblivious to the adventure that awaits on the other side. 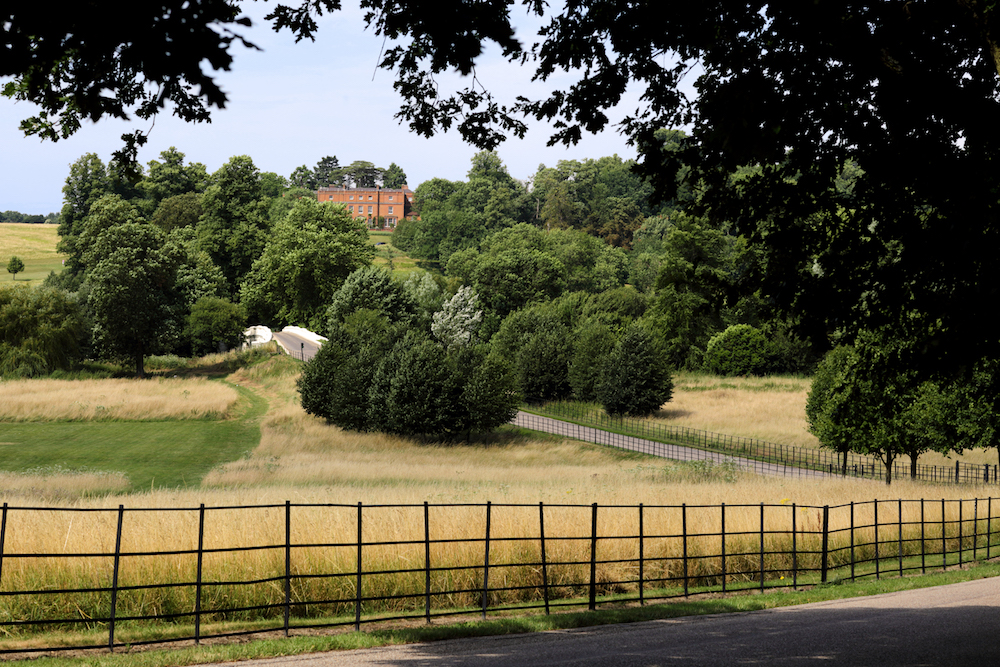 A few years later, I returned – without running shoes this time – to take in the recent work of designer Martin Hulbert, which incorporated all three dining spaces as well as the lobby area and 189 West Wing guestrooms. What makes this project particularly unique to others is the designer’s long-term relationship with this hotel, which he has helped evolve into many chapters. Hulbert, a modest yet proud man whose passion for the building is indisputable, admits that renovating the same project and spaces that he once unveiled created an unsettling feeling. “When I first arrived here in 2006, this was a derelict building,” he tells me as we recline into the mustard sofas to enjoy the characterful setting that he has created in The Library, a space that is now flooded with natural light, with hand-painted, bespoke fabric that cover the walls of the curved, oval space large double-glass doors that frame views that stretch out over the 300-acre estate. “There wasn’t even a golf course back then, and we worked with the landscape designer, Michael Balston, to collaborate in order to ensure that the design scheme married to the spectacular landscape.” 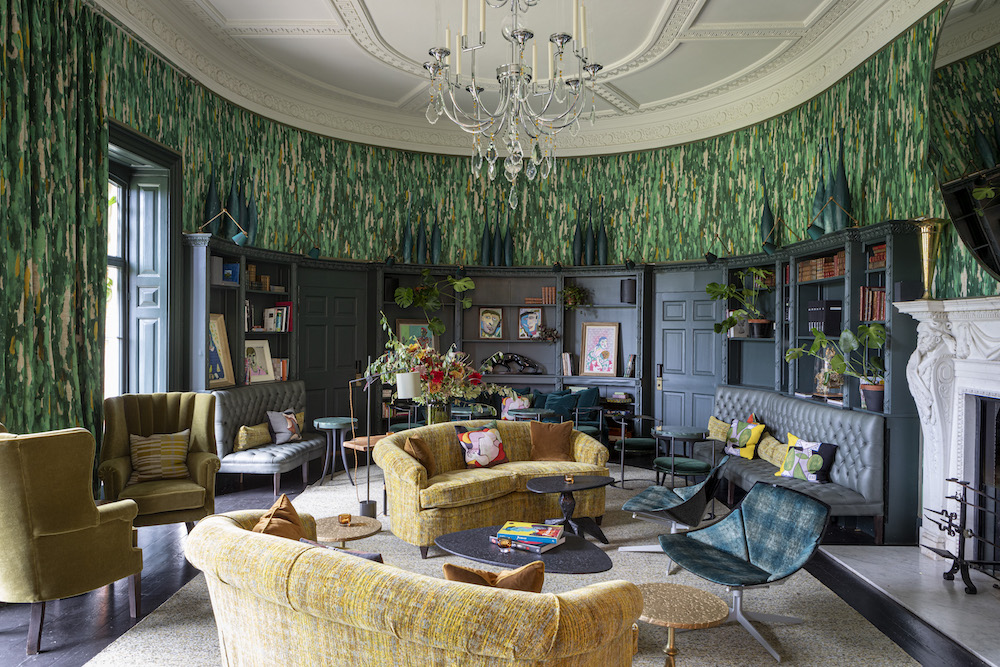 Incredibly, 15 years have passed since then, but Hulbert was never quite able to let go of this project. “I never stopped coming here and I continued to work on minor things during that period,” he explains.  “Perhaps that’s because we made the design very personal at the time – it still is personal, but this most recent renovation, I feel, has made the hotel feel a little bit more grown up.”

Upon entering The Grove, in what used to be a space that was fit for purpose, is now an inviting lobby that feels deeply considered from all angles. A colourful table catches my eye, which I am told has been made from recycled CDs. On its own it could be out of place, but on top of it is a wild floral display that creates a sort of harmony between nature, the heritage of the building and the contemporary flavour – all the while feeling timeless. Behind the check-in desk, a wall display of various keys of different sizes and styles is more than simply art outside the frame. It’s the result of Hulbert’s inability to let go of The Grove since he first started working on the hotel. “I actually collected all of those keys myself, over the years between the first renovation and this one, long before I was asked back to redesign the interiors,” he says. “I was collecting them to eventually be hung in that very space – I would have been somewhat disappointed, therefore, if they hadn’t asked me to return!” Overall, the lobby feels like a modern space; warm, inviting and complete with indoor trees, plants and playful details such as leathered-upholstered rocking chairs – a home-from-home, if that home was designed by a visionary designer! 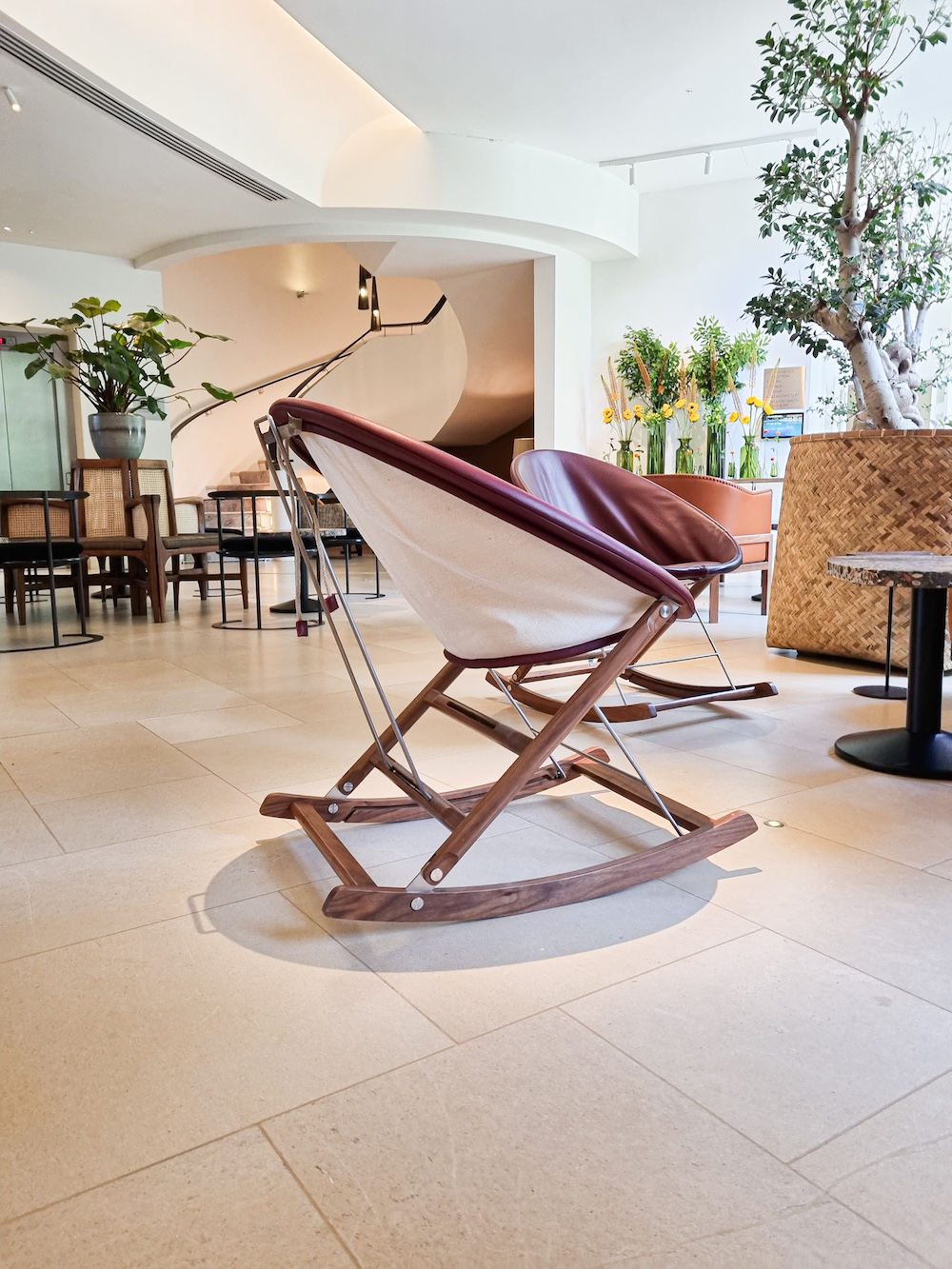 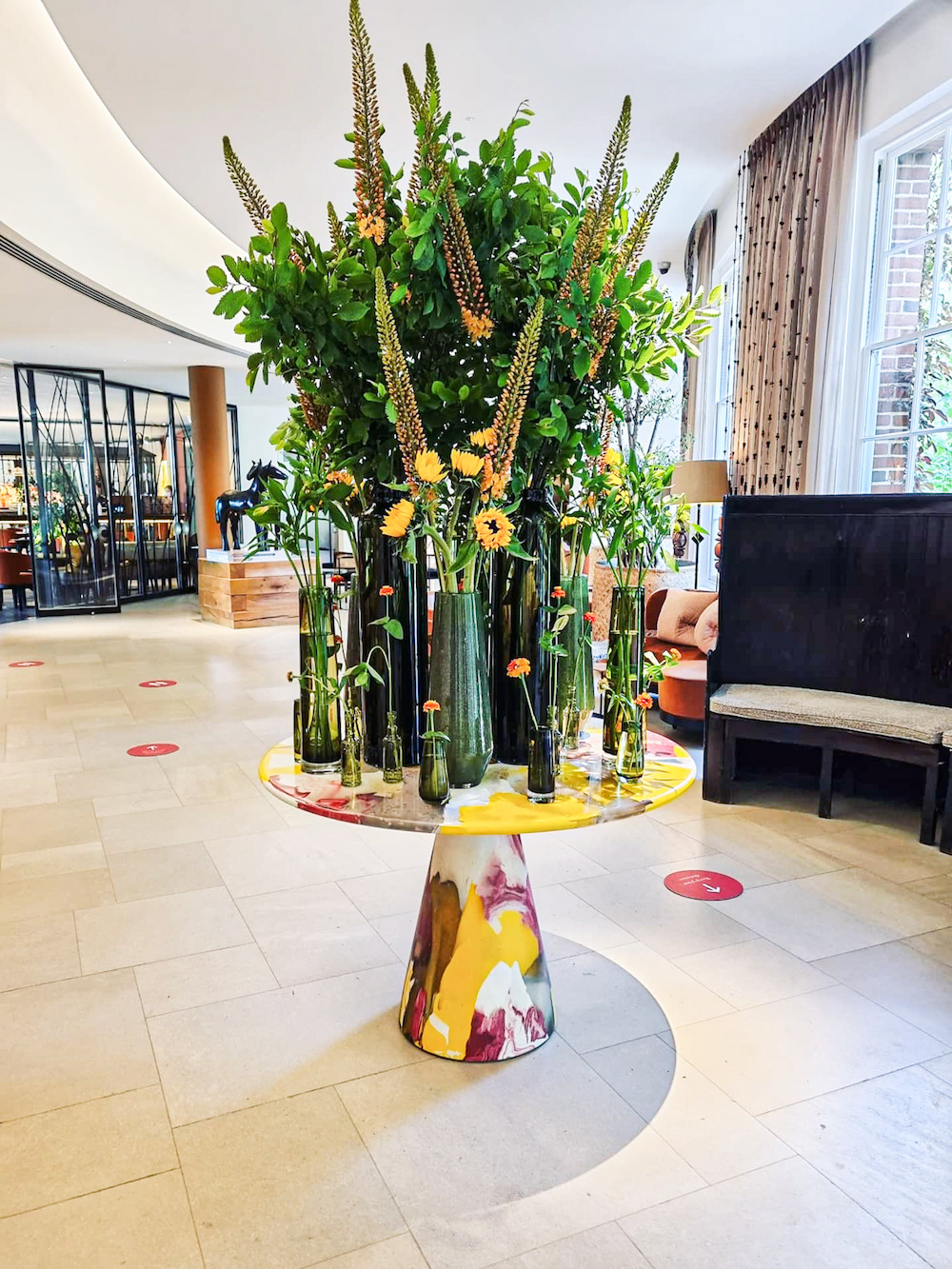 Image caption: The table in the lobby, made from recycled CDs, is a bold statement. | Image credit: Hotel Designs

Despite the renovation taking on perhaps bolder leaps this time around, the inspiration for Hulbert’s evolved masterpiece has always been the surrounding countryside. “The landscape was always the main plot in the story, if you like, but the other side we looked at this time around was the rebellious nature that we have when confronting the interiors of a country estate,” he says. “We never wanted to create an interior scheme that was just another version of another country house.” It seems to me as if that spirit has continued right through The Grove, and Hulbert sensitively acknowledged the past but by also looking ahead to more contemporary times and styles. “The hotel has had a brilliant past in the last 15 years, and this renovation was about thinking about the next 10 years – and that was the largest part of the brief,” Hulbert explains. 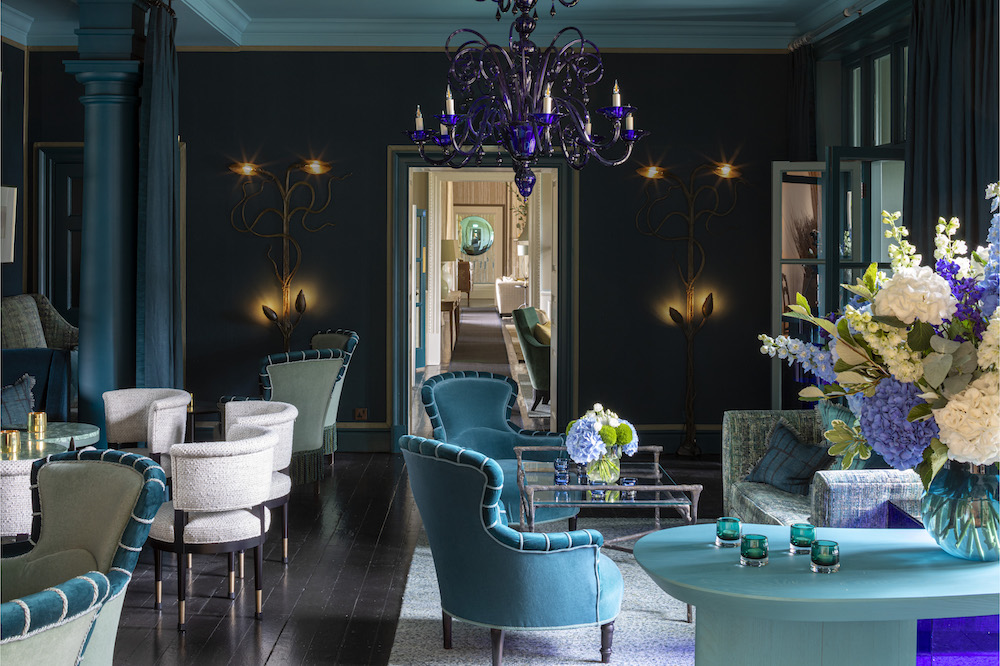 Image caption: The Blue Lounge is one of three lounges that have been recently redesigned. This area includes a striking Murano chandelier that demands attention when guests pass through this area of the hotel. | Image credit: The Grove Hotel, Hertfordshire.

I’m told that the start point of this renovation was The Glasshouse, which is the hotel’s signature F&B dining area inside the hotel that already sheltered quirky elements such as a large fish-scale mural on the wall made from discarded cutlery. Thankfully, the masterful mural has remained – and on the opposite end of the restaurant, Hulbert has added another. A stack of discarded crockery has been formed to create another art piece for the wall that creates even more decorative flair. And in order to evoke a gentle energy, Hulbert has introduced kinetic sculptures suspended from the ceiling, which move above plush velvet and rich leather seating. 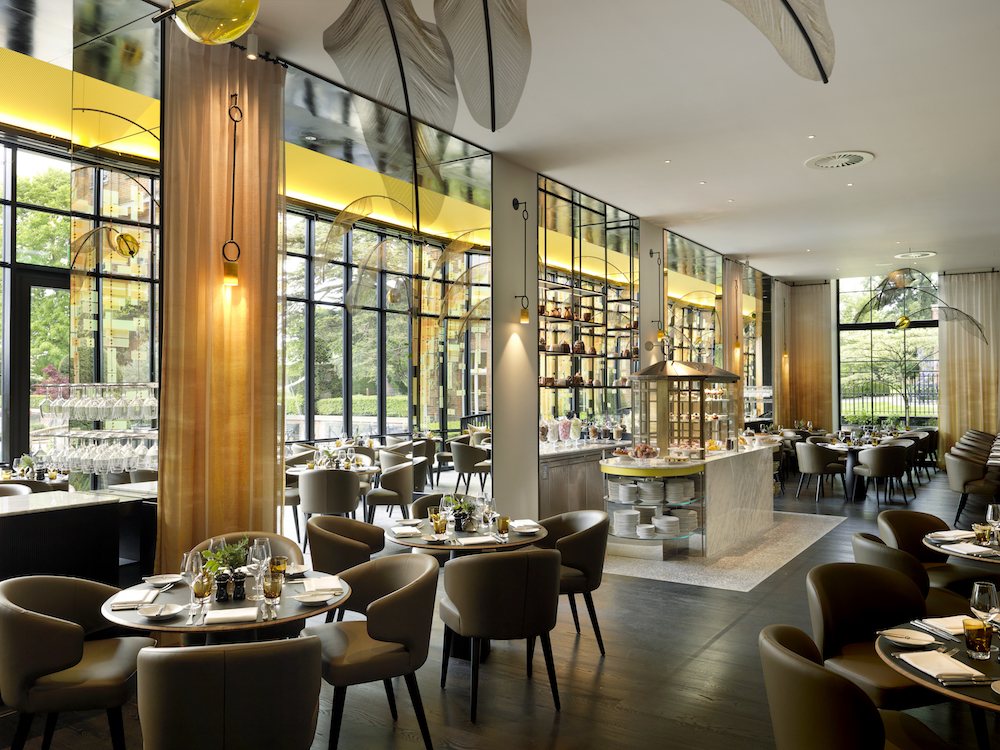 In this area, it’s clear that colour was key. The exterior, which overlooks a manicured courtyard and the lush grounds beyond, provides abundant natural light. This complements an interior colour palette of warm, ochre yellow and rich earthy tone. “Who paints part of their restaurant’s ceiling yellow?” he jokes. “I have this real need for joyfulness, especially at the moment, and I find yellow to be such an uplifting colour. It just felt right, and allowed us to to create a sense of eternal sunshine, even on London’s greyest of days.” 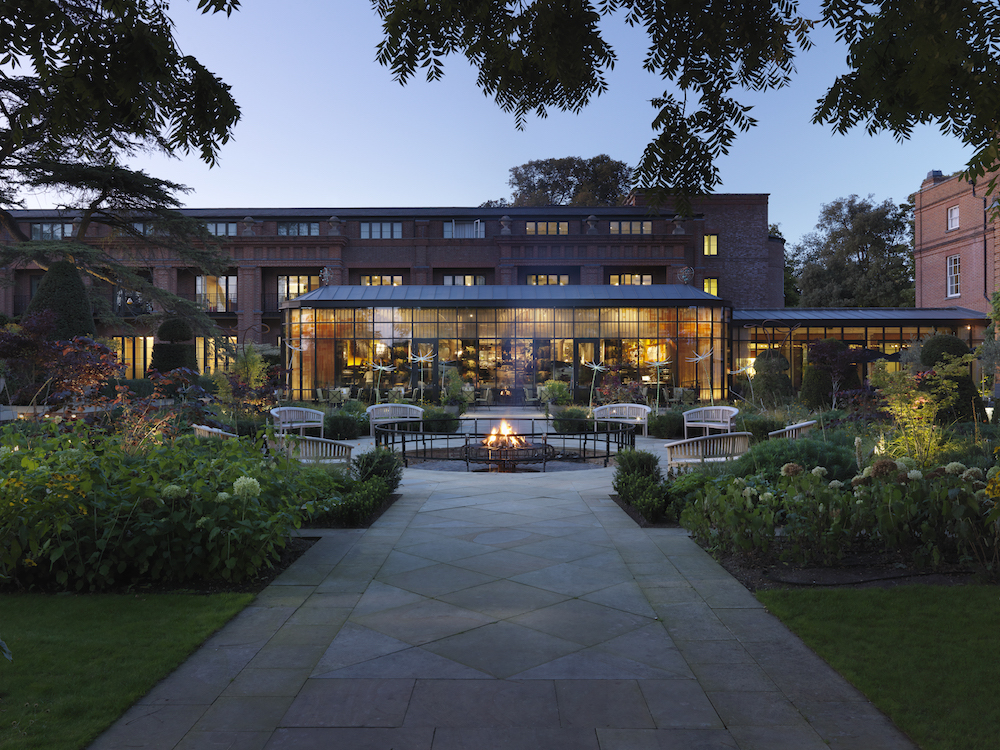 Image caption: The bright colour scheme from inside The Glasshouse can be seen from gardens of the hotel. | Image credit: The Grove Hertfordshire.

What is somewhat unique about Hulbert’s methods is his hands-on approach when it comes to designing the furniture and other items. A bespoke cast iron coffee table in one of the lounges, for example, and various sculptures dotted around, create depth to the design narrative. So too does the art in all spaces, which has been carefully curated, over years, by Hulbert in order to inject vibrancy and sense of place into the interiors. “We as a studio make and design a lot, and make decisions as we go,” he explains. “The client trusts me and I never had to produce renderings, which I am aware is rare these days. It goes back to the spirit of our first project, I guess, when we were encouraged to be creative and think alternatively.” The result is that the project has been able to find its own rhythm, unaffected, to some extent, by various parameters and totally dictated by nature and the natural design process. 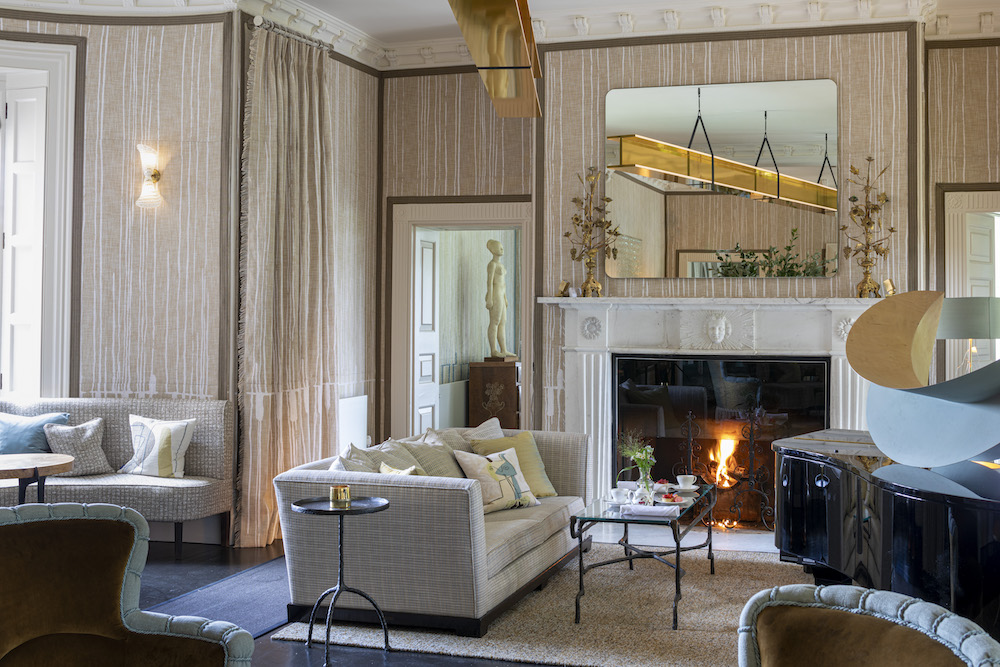 Image caption: In one of the lounges, the designer even commissioned a large gold beam to hang on the ceiling because, well, why not? | Image credit: The Grove Hotel, Hertfordshire

As well as the public areas, which for all the right reasons have had the most attention on during this recent renovation, Hulbert and his team were also appointed to renovate 189 guestrooms in the West Wing of the hotel. In these tranquil spaces, the design has been inspired by craftsmanship, such as the custom tapestries on the walls and art playing a distinct role. “Previously, there was a bit of a disconnect between the public areas and those guestrooms, so we needed to make them feel more coherently united,” says Hulbert. “I wanted them to feel more handmade so that they can be calm spaces that have look out onto the stunning views of the estate.” As a result, Hulbert has avoided the cookie-cutter approach to create personal areas of the hotel that respond to the rest of the building. 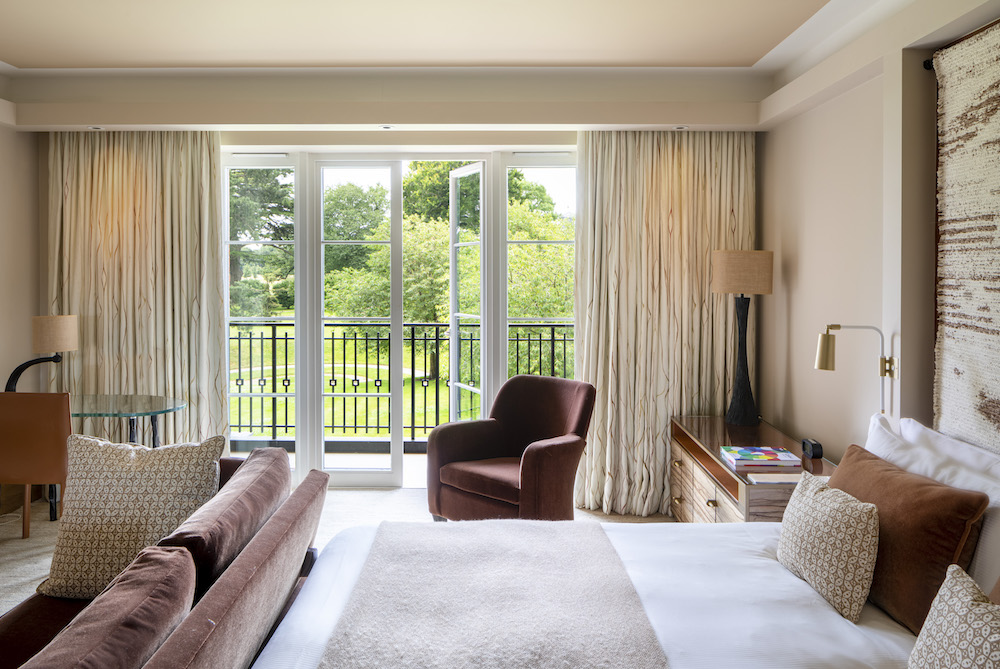 The elephant in the room, of course, is that The Grove has had to unveil its most recent renovation under the unfamiliar restrictions that the hospitality is facing at the moment. However, in many ways, this situation that quite frankly brought the industry to its knees over the last year only amplifies Hulbert’s design and makes his precise work that much more relevant and meaningful so that the hotel continues to stand the test of time.