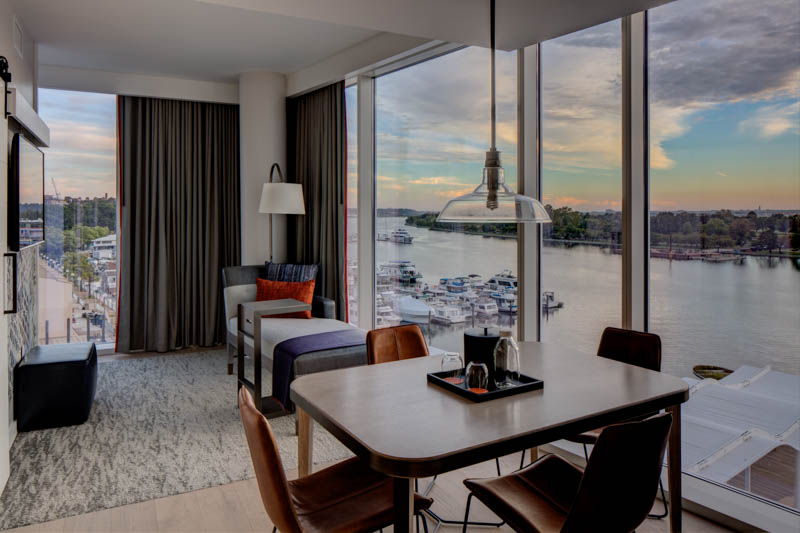 Canopy by Hilton opens first US property in Washington DC

Set on the Potomac River, The Wharf is home to some of DC’s most anticipated new restaurants, year-round entertainment and waterfront accommodations.

The property’s 175 guestrooms and rooftop bar and lounge, Whiskey Charlie, are part of Hoffman-Madison Waterfront’s $2.5 billion (£1.8 billion), world-class mixed-use waterfront neighbourhood in south-western Washington DC The Wharf is designed to be the capital city’s destination and waterfront community.

Canopy by Hilton Washington DC, The Wharf is inspired and influenced by its local surroundings. An extension of The Wharf, the new Canopy property offers guests a thoughtfully-curated, locally-inspired experience representative of Washington, D.C.’s newest neighbourhood.

Canopy by Hilton Washington DC, The Wharf offers tiered variations of 175 “Just Right” rooms with sweeping riverfront or city views. Guestrooms are thoughtfully designed for comfort and function with local influences. The distinctive interiors include nautical touches inspired by the history and beauty of the riverfront. Warm grey and beige tones create a relaxing atmosphere along with a splash of orange, Canopy’s signature colour. Guests will also experience contemporary bathrooms with illuminated mirrors and a luxurious shower experience. Other guest amenities include 55” TVs, refrigerated drawers, Nespresso machines and plenty of places to charge tech devices. 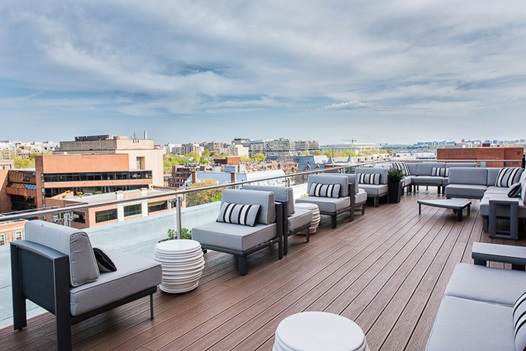 Tapestry Collection by Hilton continues to expand with the signing of the distinguished The Graham Georgetown, in Washington DC, slated to join the collection in early 2018.

With stunning rooftop views across the Georgetown neighbourhood and its picturesque waterfront, the seven-story Federalist building is home to 57 guest rooms, including 32 one-bedroom suites with generous living space. As part of Tapestry Collection by Hilton, a growing portfolio of original upscale hotels, The Graham will continue to celebrate its authentic spirit while offering guests an independent hotel stay backed by the value and reassurance of the Hilton name and its award-winning Hilton Honors program.

“In our pursuit to offer guests the best of both worlds – through hotels that are as unique as they are reliable – The Graham truly embodies the travel experience we are committed to delivering,” said Mark Nogal, global head, Tapestry Collection by Hilton. “With its rich background, distinct personality and historic location, we look forward to welcoming this charming, local property to our collection in the back yard of Hilton’s headquarters next year.”

Originally opened in 1962 as the Monticello, the hotel’s discreet brick façade with Colonial-inspired sash-over-sash windows fits beautifully into the traditional architecture found throughout the prestigious Georgetown neighbuorhood. The property takes its name from renowned inventor Alexander Graham Bell, who pioneered countless inventions, including the telephone, just minutes away from the hotel at the famous Volta Laboratory and Workshop.

To take in the historic locale, request the Frank Sinatra Suite, named after the rumored regular, featuring a 200-square-foot outdoor deck overlooking the surrounding area. From the roof down to its chic lobby, the hotel carries a look that is distinctly contemporary with a fresh color palate of earthy grays, cool blues and crisp whites, reminiscent of old Hollywood glamour.

The Graham will remain open as usual during its transition process. Renovations will include updated furnishings to select areas of the hotel’s public spaces, new finishes to the lobby and an enhanced check-in and concierge experience. 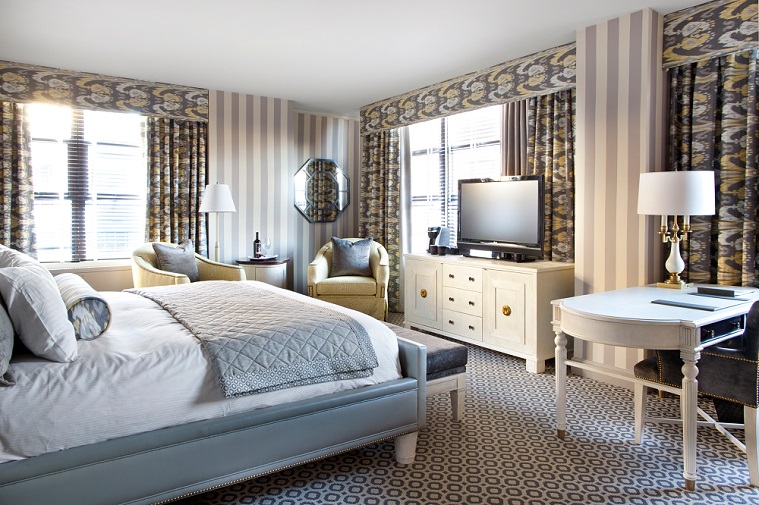 Hilton has announced that the Loews Madison Hotel will join Hilton Hotels & Resorts’ portfolio as The Madison Washington DC, a Hilton Hotel.

In partnership with affiliates of Walton Street Capital and Waterton, The Madison Washington DC is poised to set a new standard for hospitality and elevate Hilton’s presence in this globally sought-after destination.

Hilton planted its hospitality roots in Washington, DC more than 60 years ago when its founder, Conrad Hilton, purchased the hotel now known as Capital Hilton in 1954. In addition to Capital Hilton, The Madison Washington DC joins Washington Hilton, marking the brand’s third hotel in the city.

“We are delighted this distinguished hotel will join the Hilton family, strengthening our presence in the nation’s capital,” said Shawn McAteer, vice president, global brand management, Hilton Hotels & Resorts. “We look forward to welcoming discerning travelers seeking an exceptional experience at the intersection of the city’s quintessential offerings.”

A short walk to the White House, Walter E. Washington Convention Center and many key attractions, museums and landmarks, the hotel combines a reverence for history with modern luxuries and amenities, offering 356 guest rooms, including 27 suites. The Madison Washington DC offers more than 12,000 square feet of meeting space, including eight stylish meeting rooms equipped with the latest technology and high-speed internet access. Other amenities include a 24-hour business center, lobby bar, restaurant and lounge and fitness center, which includes floor-to-ceiling windows with great views of downtown D.C. as well as his-and-her steam rooms.

Renowned since its opening, with President John F. Kennedy attending the hotel’s commencement ceremony, The Madison Washington DC has long set the stage for countless distinguished guests. From Frank Sinatra to the Dalai Lama and nearly every president since Kennedy, the hotel, named after James and Dolley Madison, combines class and comfort, providing exceptional service and unique guest experiences, every day, every time. Built in 1963 by philanthropist, art collector, history buff and developer Marshall B. Coyne, the hotel redefined luxury in Washington as Coyne filled the hotel with his personal collection of antiques to set the tone and ambiance for visiting travellers.